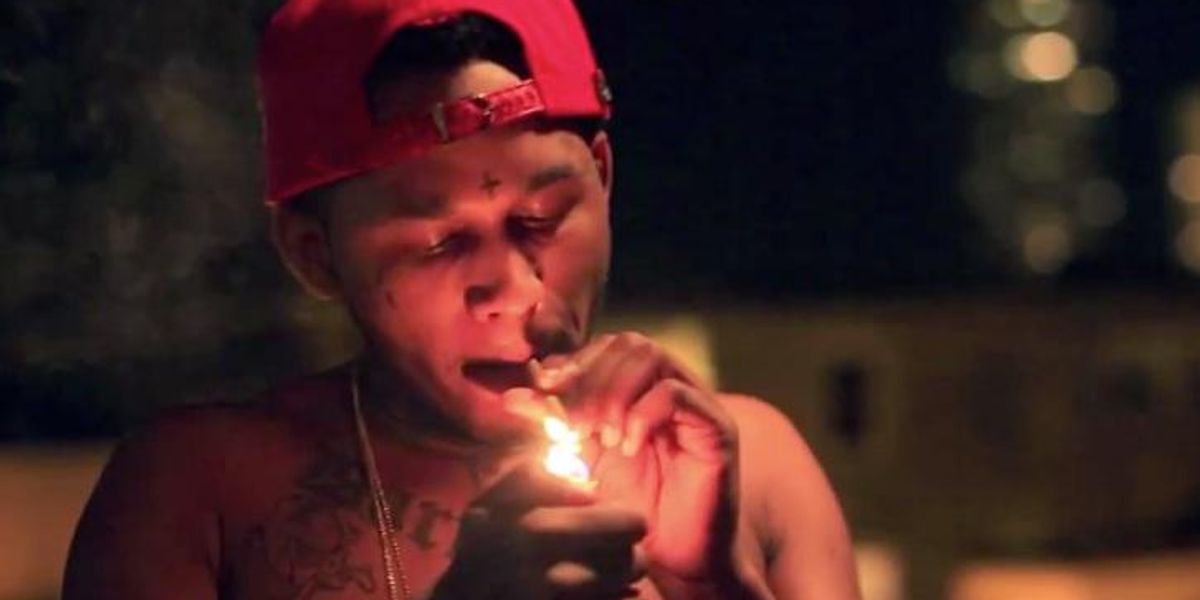 On this day in 2018, Fredo Santana passed away unexpectedly.

The charismatic emcee was a Drill music pioneer alongside his younger cousin Chief Keef. His menacing presence both on the microphone and in his music videos established him as the frightening Freddie Kruger of rap.

But behind the scenes, Santana was incredibly self-aware. His frightening appearance was merely an outlet for his tales of violence, drug addiction, and personal experience with PTSD from growing up in Chicago’s “O Block.” While Chief Keef established Drill as a Chicago movement, Santana grew the movement into a worldwide phenomenon, bringing unusual artists like Kendrick Lamar and Ty Dolla $ign into the fold and transforming them into trap stars.

As we mourn his loss today, here are 10 of his greatest tracks that we should all be listening to.

While Santana was able to shine and meld with every feature, something special happened when he entered the booth with his cousin. The two Drill pioneers often let loose in an unprecedented way, and “Dope Game” is just pure madness.

Over a relentless collection of high hats, booming 808s, and hearty church bells, the two rappers trade off their grumbled auto-tuned bars so casually that it borders on cacophonous. With that said, both rappers sound like they’re having the time of their lives.

The opener to Santana’s highly coveted Scary Site 2, “Kill You” is a shot of brutal testosterone. “Thinking to myself, like, self, you sh*ttin on everybody else,” he raps with guttural intensity. Santana was rarely a slick and graceful rapper, and his bars often were violent and malevolent; but as turgid as “Kill You” was, its hook was infectiously catchy.

While Santana’s collaborations with Lil Reese were legendary, his chemistry with Maxo Kream was just as notable over the years. Kream’s signature choppy flow sounds smooth as silk when contrasted with the brutish force of Santana, and his knack for candid storytelling and dry wit elevates “Chopper” into an underappreciated trap anthem.

Off of the esteemed Freddy Kruger 2, “Been Savage” isn’t as outright aggressive as it is ominous and lurking in the shadows. Santana raps in a relatively steady canter, but he still uses his conversational flow to color outside the lines, traversing from singing to rapping to pure exasperation. “I remember long nights when I ain’t have a meal,” he says with a visible quiver of trauma still in his voice. For its short runtime and minimalist beat, “Been Savage” is as flexible as PlayDough.

Another surprisingly docile track, “Off the Meter” has gloomy instrumentals that loiter in the background rather than upfront, giving Santana space to play around. His voice careens and stretches in a truly sinister manner. “Pull up to my trap and it’s off the meter!,” he yells out before resigning himself back to a hushed whisper. The rapper’s vocal dexterity on “Off The Meter” is truly unsettling, like he’s bound to snap at any moment.

Fredo Santana sounds truly unhinged on “Who R U.” The instrumental is diluted, and Santana’s warbling voice barely strikes the beat in time. Santana slurs his words and sounds as if he’s succumbed to madness as he stumbles along. The cumulative result is truly spine-chilling as he asks plainly: “Who the f**k are you?”

His versatile cosigns were evident not only of his deep-rooted respect within rap’s A-list but of his multifaceted collaborative talents in the studio. Santana was surprisingly malleable for a Drill emcee (he even starred as a kidnapper in Drake’s video for “Hold On, We’re Going Home”), but something magical always happened when he forced unexpected artists to step into his murky and menacing world. Kung Fu Kenny’s arrival, in that respect, was unprecedented.

One of the late rapper’s most popular tracks, “My Lil N***** is a vivacious trap anthem that established Santana as a Drill icon. Alongside his cousin Chief Keef and close collaborator Lil Reese, “My Lil N*****” is nothing but raw, unfiltered, masculine energy.

Play With Yo Children

Gucci Mane and Fredo Santana were a match made in Trap heaven, and “Play With Yo Children” is just as epic and braggadocios as one would expect from two of the toughest emcees in rap. Both Gucci and Santana are absolute marvels over 808 Mafia’s rambunctious beat, as their tough and gritty flows go hand in hand like oil and water.

Who knew Donald Glover could snap as hard as he did on “Riot?” But that was Santana’s gift, taking uncanny collaborators under his wing and unearthing their grittiest tendencies. Gambino goes where he hadn’t gone before or since, and he somehow matches Santana’s unfurled energy perfectly while rapping about how he “prefers to be sober.”