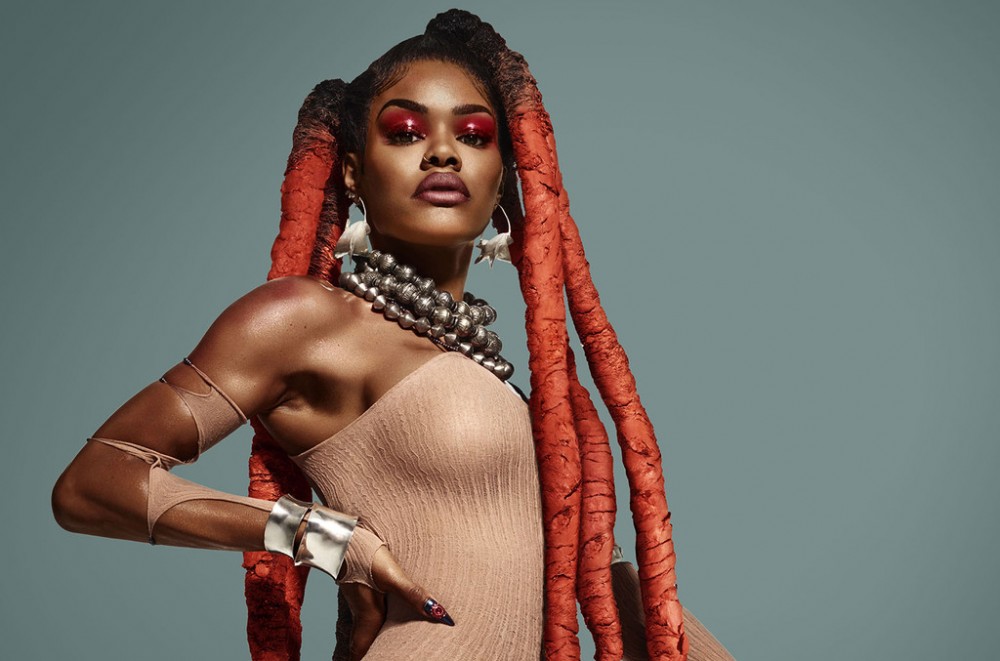 Teyana Taylor indeed has The Album of the week in the R&B world as her LP of the same name debuts atop Billboard’s Top R&B Albums chart dated July 4. The set arrives with 32,000 equivalent album units earned in the week ending June 25, according to Nielsen Music/MRC Data.

The Album is the R&B singer-songwriter’s second leader on the list. She previously reigned with VII for one week in 2014, while K.T.S.E. debuted and peaked at No. 2 in 2018.

In addition to its chart-topping R&B bow, Album debuts at No. 6 on the Top R&B/Hip-Hop Albums chart and No. 8 on the all-genre Billboard 200. On the former, the LP marks Taylor’s third top 10 appearance, while it secures her first top 10 success on the latter.

Taylor’s project, released on June 19, the Juneteenth holiday that garnered wide attention this year following protests and activism sparked most immediately by George Floyd’s death in May. “With releasing the album on Juneteenth, it’s important because if you noticed the lead singles that I led with were ‘Made It’ and ‘We Got Love’,” Taylor told Billboard on the eve of Album’s release. “So I’ve always been here. I’ve always been about us being celebrated and celebrating my culture and my people. For everything to happen, from my album getting delayed and it falls perfectly on Juneteenth, yes, it’s a celebration.”

“Love” features Ms. Lauryn Hill, one of a dozen guest stars on the 23-song LP. Among the tracks, Taylor includes two 2019 cuts that reached Hot R&B Songs: “How You Want It?,” featuring King Combs, which reached No. 18 last October and “Morning,” with Kehlani, a No. 15-peaking hit the following month.

Erykah Badu, notably, makes an appearance on “Lowkey,” which interpolates one of her earliest hits, the Baduizm single “Next Lifetime,” which hit No. 1 on the R&B/Hip-Hop Airplay chart in 1997.

Beyond the previous releases, two more Album cuts make waves on Hot R&B Songs. “Wake Up Love,” featuring Iman, soars 25-14 in its second week on the list, while “Boomin,” featuring Missy Elliott and Future, opens at No. 21. The pair bring Taylor her sixth and seventh entries on the chart.