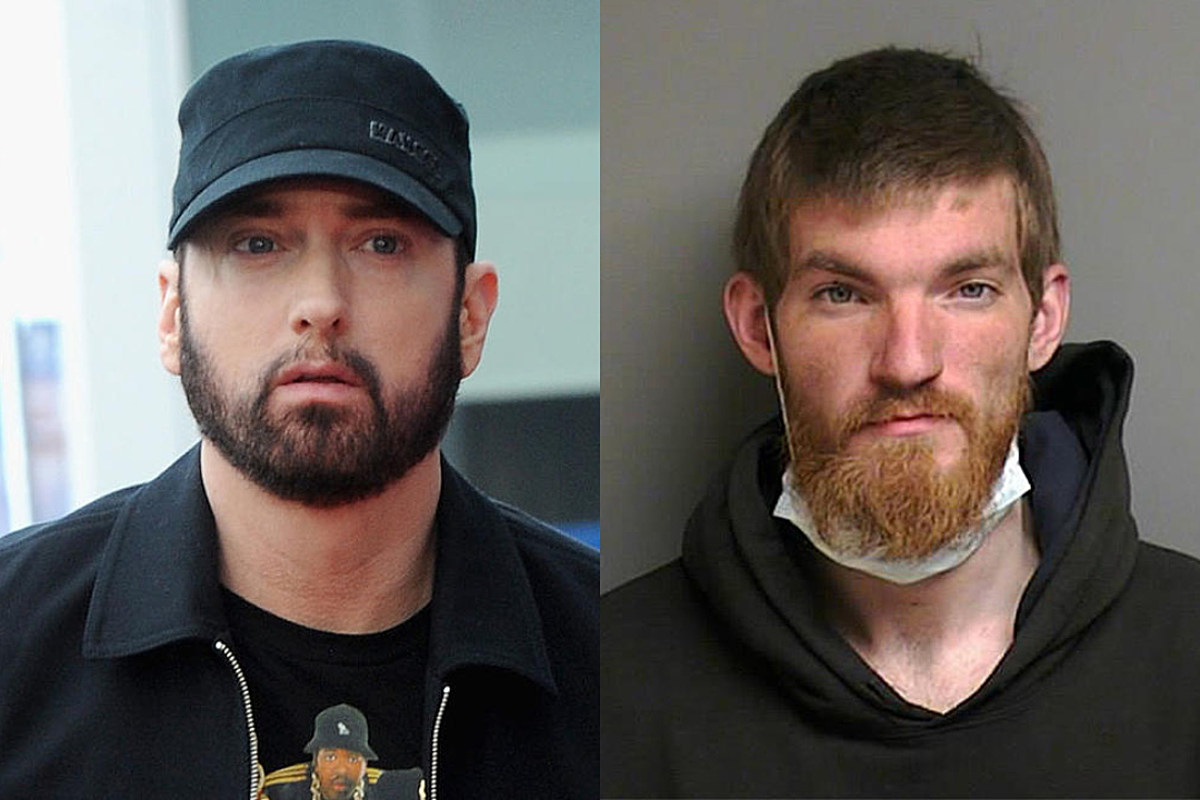 More details have been revealed about Eminem's harrowing home break-in back in April.

On Wednesday (Sept. 9), the Detroit Free Press published a report that reveals the suspect in the case, 27-year-old Matthew David Hughes, threatened to kill Slim Shady during the incident. Hughes was in Macomb County District Court on Wednesday for a preliminary examination. During the hearing, officer Adam Hackstock revealed on the stand, “When Mr. Mathers asked [Hughes] why he was there, he was told by Mr. Hughes that he was there to kill him.”

Hackstock also recounted arriving on the scene at Em's home in the Clinton Township community and discovering Hughes wrestling with Em's personal security guard before he was detained by police. Hackstock said Hughes told him he stayed in the area. The suspected intruder was captured on security camera milling around on the property before he broke in.  Due to information gathered during the hearing, Judge Jacob Femminineo Jr. deemed there is probable cause to take the case to trial.

As previously reported, back on April 5, Hughes gained access to the "Godzilla" rapper's home around 4 a.m. after reportedly breaking a kitchen window with a paving stone. The break-in triggered the home's security alarm and Eminem is said to have confronted the man in his living room and didn't allow him to leave until police arrived.

Prosecutor Paul Bukowski told the court that Hughes may be homeless. He may also be mentally unstable. “In my opinion, I think there’s some sort of mental issues involved here,” Hughes' attorney Richard Glanda said following the hearing.

Hughes is being held on a $50,000 cash bond and has been in police custody since the break-in. He is charged with first-degree home invasion and malicious destruction of property. He is scheduled to be arraigned at Sept. 28 in Macomb County Circuit Court.