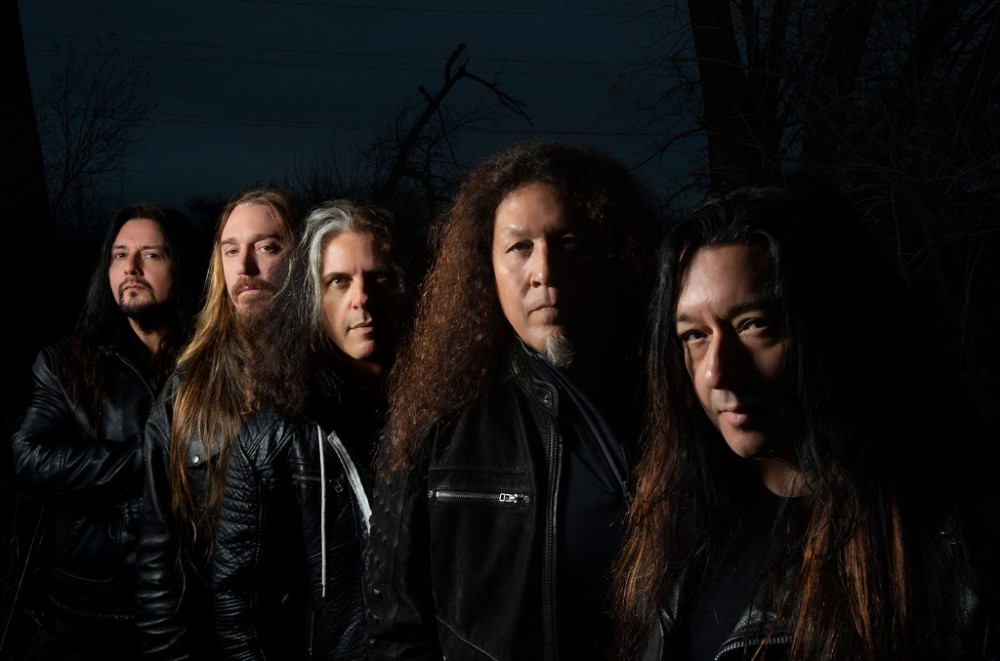 Testament lead singer Chuck Billy and several members of the long-running hard rock band’s crew have tested positive for COVID-19. The band announced the news over the weekend in a statement, explaining that several group members began feeling unwell after returning from their Bay Strikes back European tour earlier this month.

“As many of you already know, after returning from the BAY STRIKES BACK over Europe Tour last week, some of us in TESTAMENT have been feeling unwell and have made the decision along with our Doctors to be tested for the COVID-19 novel coronavirus. As of yesterday morning, Chuck and [wife] Tiffany Billy’s tests have come back positive as well as some crew members,” read a Facebook statement posted on Sunday (March 22).

Out of an abundance of caution in light of how quickly and easily the novel coronavirus spreads, the band decided to reach out to all the groups who supported them on the tour — including fellow thrashers Death Angel and Exodus — who they said were being proactive by staying quarantined. “We wanted to reach out to everyone who has been supporting us and expressing concern to inform you that we are doing what’s right, and what’s safe, and have all been quarantining ourselves since our return home; since before we were even tested. We are of course concerned for our families, our friends, our crew, our fellow musicians, and our fans,” Testament wrote.

For now, they are all quarantined and sending their prayers and positive energy to their friends who are also sick. “We also want to send well wishes to all of our fans and supporters in this time of crisis,” they added. “We’re taking all the necessary steps to stay safe at home and we ask our friends and fans to do the same. Please take care of each other, and stay healthy so we can continue to thrash in the not so distant future!”

Exodus/Slayer guitarist Gary Holt reported last week that he and wife Lisa are at home “suffering from all the symptoms of Corona,” saying at the time that he was feeling “mildly sick,” but on the mend after repeatedly waking up soaked in sweat, one of the telltale signs of the virus that has killed more than 15,000 and sickened 350,000 across the globe. Both Holt and his wife said they got tested for the virus last week, describing the process as “very unpleasant.”

Holt also sent out positive vibes to Death Angel drummer Will Carroll, who he said is in the ICU and “very ill“; a spokesperson for Death Angel could not be reached for additional comment at press time. In a FB statement last weekend, Death Angel reported that due to the worldwide health concerns over the virus and “half of our band/crew being sick,” they were not going to perform at the Heaven and Hell festival in Mexico City.

See Holt and Testament’s statements below.

**COVID-19 OFFICIAL STATEMENT** As many of you already know, after returning from the BAY STRIKES BACK over Europe…

So I’ve been locked away with @lisaholt777 , suffering from all the symptoms of Corona, without the beer! Mildly sick, better today after repeatedly waking up soaked in sweat last night. Self monitoring with my better half, and unfortunately, won’t be able to visit my grandkids until I’m symptom free for seven days. Ugh. Movie time, binge watching TV, and waiting this out!

So @lisaholt777 and I got tested today, seven to ten days wait for results. Sucks! And the probe, I swear they require a bit of your brain, they shoved that thing WAY up there and it sucked! Very unpleasant but very happy we’ve been tested. And the dude was very impressed with our masks! Left over from the Camp fire, due to the massive smoke.

I remained quiet on this earlier, not wanting to say anything until I was certain it had become public knowledge, but Will Carroll, @bleedingpriest , is in need of some massive positive vibes. Me, I appreciate all the warm wishes I’ve gotten, but I’m sick, nothing more, Will is in the ICU. WAY worse that anything I’m dealing with, by a long shot. Not even close. He is very ill. There are several of us that have symptoms and are waiting for test results. Will needs some healing vibes from everyone. Here we are recreating the Scorpions pyramid with @bonsloth Get well Will❤️