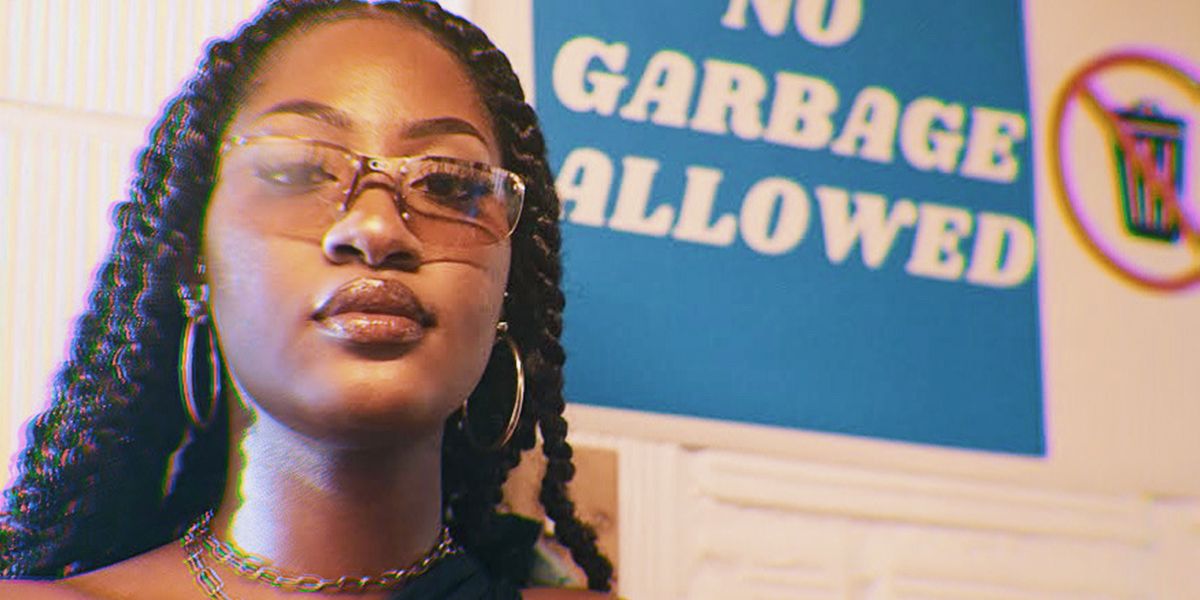 The Nigerian artist wrote all the songs on the record and produced four of the six. Born in Isale Eko, Lagos Island, Tems spent her childhood living with her brother before leaving home to pursue her dreams.

After receiving two degrees and entering a marketing job, Tems gave up her 9 to 5 routine to embark on a music career. The release of 2018’s “Mr. Rebel” was a breakout moment, and she soon emerged at the top of the Nigerian charts—and the rest was history.

She made waves in the Nigerian music scene from the start, and her brand of undeniably infectious Afropop has helped her break into US pop. A recent feature on Khalid and Disclosure’s remix of the song “Know Your Worth” resulted in a citation on Barack Obama’s summer playlist.

Now, with For Broken Ears, Tems proves that she’s fully ready to take center stage. The EP is all about personal and community liberation, and it’s a necessary balm for our times.

The opening track, “Interference,” is a gorgeous testament to rebirth and overcoming shame. “This is a place with no shame. This is a mind with no frame,” she sings over an electric keyboard. The song is a hymn to growing out of brokenness and to deciding to finally let go of one’s past demons in exchange for a new approach to life.

She shows her talent for infectiously catchy ballads in “Ice T,” a song that sounds like the beginning of something new. Sunlit piano strokes and lush harmonies make this a love song that feels like a vacation amidst the heaviness of 2020. As Tems sings about good vibes and peace of mind, it’s clear that she’s succeeded in her goal of helping listeners to find healing and inspiration even during difficult times.

“This is for anyone looking for an alternative to the darkness. This is for those who needs a break from the toxicity they consume and supply on a daily basis,” Tems wrote on Instagram on the day of the album’s release. “This is for the Rebels because they expected us to follow them but we made our own path, by the Grace of God. This is FOR BROKEN EARS.”

In a world where toxicity can feel impossible to escape, Tems’ EP is a testament to joy and growth and to preserving peace in one’s heart even in a broken world. It’s fresh and modern, but it avoids the habit many modern songs fall into of jamming hundreds of instruments into one tapestry and overusing production. Instead, it’s comprised of buoyant and beautiful melodies that come together to create something that feels whole.

Not all of it is completely escapist, and Tems is sure to let listeners in deeper. “Free Mind” is about the oppressive nature of our thoughts, which can so often guide us in ominous directions or keep us trapped. “Five in the morning, I wake up… Fear in my mind is a warning,” she sings. “I’ve tried to be fine but I can’t be. The noise in my mind wouldn’t leave me. I try to get by but I’m burning.” It’s a sentiment many people can relate to. But while she’s honest about the nature of her thoughts, Tems refuses to stay trapped by them, refusing to see them as permanent or fixed or representative of her deeper spirit. “I need to free my mind now,” she sings. “This is the peace that you cannot buy.”

The song “Temilade Interlude” marks a transition point between the darkness of “Free Mind” and the rest of the album, which finds Tems taking the high road to freedom and riding on waves of new energy. She sounds like she’s ascended to a higher plane on the cosmic, escapist “Higher”—an ode to cutting out toxic energy, choosing not to stoop to certain levels, and finding your own peace even in the midst of chaos.

Lead single “Damages” is the album’s most danceable track, and it comes with a video that functions as a documentary of what parties used to be like before COVID-19.

“The Key” finds Tems accessing her inner power and channeling it into love for people who need it while fully cutting out those who failed to show up before. “When the world is going out, when the earth is going in, this is the mind, this is the light, this is the time, this is the way,” she sings. “I see the dream coming before me.”

Having found herself, she’s now sending out songs to those who need a little inspiration. In a world where Black joy is always revolutionary and deeply necessary, Tems is certainly fighting and winning the good fight, all while creating a pathway for her loved ones and fans to follow home and back to their true power.