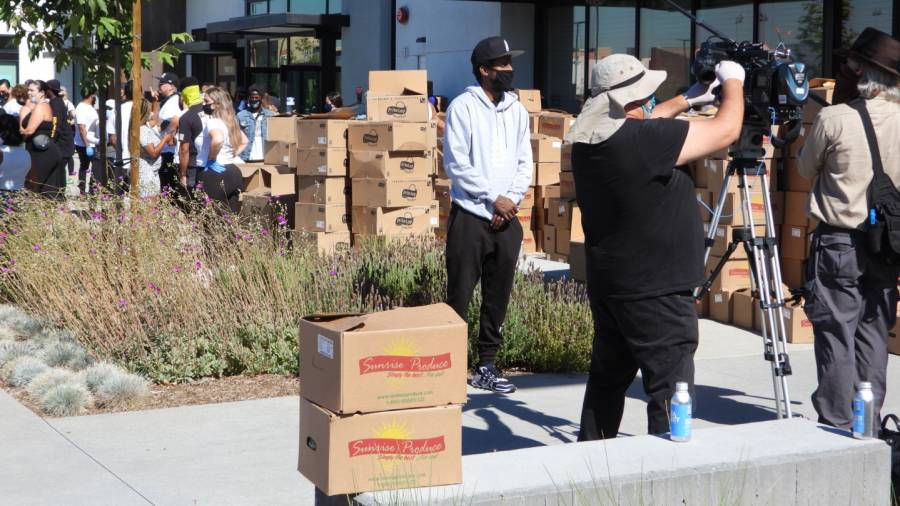 Watts, CA – It was a sunny, 91-degree day in Los Angeles. The schism between police and community has reached maximum exposure with multiple protests against police brutality taking over the city for the past two weeks.

But in the heart of Watts, a distant neighborhood that’s still renowned for being staging ground for multiple riots throughout last century, oft-vilified LAPD officers can be seen hugging members of the community. Food, diapers and various supplies are being handed out to people in need and for a day. There is peace in an area that the media often portrays as nothing more than a Bastian of crime and poverty.

The day was organized by the MC behind the Los Angeles Clippers and the Los Angeles Football Club’s respective fight songs, Wattstix his own foundation, Think Watts, with an oop from the mighty Top Dawg Entertainment. For 9 hours, more than a hundred volunteers boxed up 1,000 units of food and delivered it to the people, specifically the elderly and low-income families.

In all, an estimated 4,000 people were given fresh produce and Beyond Meat products.

Deliveries started at the Jordan Downs Housing Projects, and then moved to Imperial Courts, before finishing up at Nickerson Gardens. TDE lifers including Punch, Wood and Top Dawg’s son, Big B, were on hand the entire day ensuring everything went smooth, and the place they grew up knew the juggernaut label always had their back.

“Both [me and Stix] come from Watts,” Big B relayed to GroovyTracks. “We’re from this neighborhood so it’s really no end goal or end plot point that we’re working towards. We’re consistently in our areas that we grew up in. We done been through so many things out here that I don’t think we’ll ever stop trying to better the experience of living here in this neighborhood, so we’ll always be there and we’ll always be on the front lines for us, all the time.”

TDE and Think Watts are no strangers to community action. They have been giving back for years in the form of free concerts, food drives and building new facilities for the residents of their community and according to Wattstix, that’s the way it will always be. 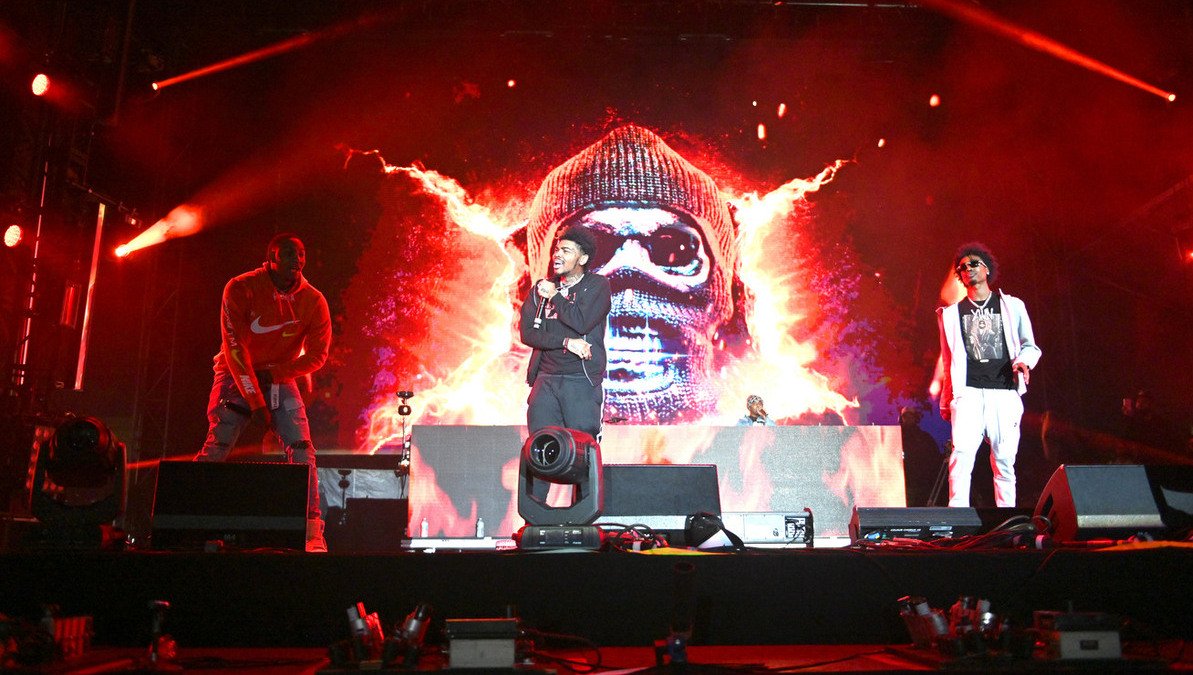 “Whenever you do something like this it brings people together. It don’t matter, police, dog, cat, Black, Brown, it don’t matter,” said Wattstix. “When you embody the spirit of giving you only receive love an appreciation.”

He also touched on how events of the like help police and the communities they’re sworn to protect and serve reach common ground.

“A lot of the times, when the police [are] here, you can see they chop it up with some of us because they got love for us like that, you know what I mean?” he explained. “And we show love back as long as they show love. When you doing things like this it just brings everyone together and we’re gonna continue to keep it going.”

Visit the Think Watts Foundation to see how you can get involved with future events volunteer labor or sponsorship.