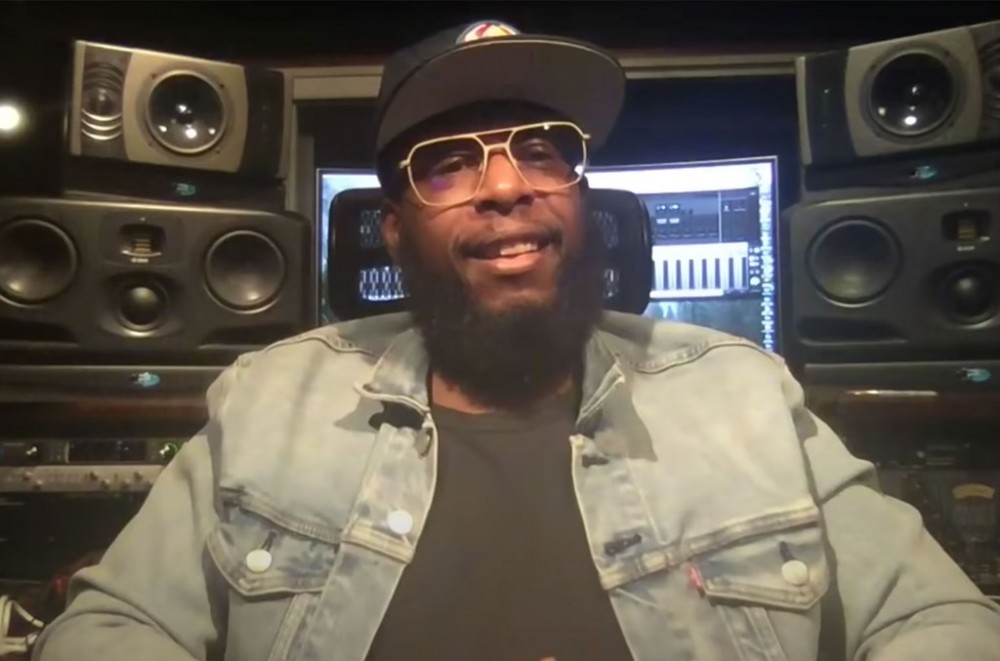 Talib Kweli had a lot on his mind when he Zoomed into The Tonight Show on Wednesday night (June 3) from the studio to chat with his old pal Jimmy Fallon. When the host jumped right in and asked the activist/rapper why the killing of George Floyd at the hands of a Minneapolis police officer and the subsequent nationwide protests are different from other mass mobilizations after previous police-involved killings of black and brown men and women, Kweli took it all the way back to the Civil War.

He talked about the failed promise of 40 Acres and a Mule for freed black slaves, fast-forwarding to today, when “young people of color, young marginalized people have been trapped in the house because of the COVID [19] lockdown,” kept away form birthday celebrations and graduations by the coronavirus. “And then you have the perfect storm of Breonna Taylor and Ahmaud Arbery and George Floyd being murdered by police or by white supremacists who think they are police,” he said of the two other killings that have also galvanized protesters to demand change.

Combine that energy of people trapped in their homes for months and a need to release that formed what Kweli called the perfect storm of “riot energy” and you have the sight of police precincts being burned down for the first time since 1968 following the murder of Dr. Martin Luther King Jr. “Now that the violence and the rioting in the streets is starting to dissipate a little bit, you gotta look at what are the policies that come out of this,” he said, noting that less than a week after the riots and protests in the wake of King’s assassination the Civil Rights Act was passed.

Kweli brought up reparations for black Americans and defunding the police as possible issues to discuss at this point, before pivoting to talk about his first memories of experiencing racism as a kid in Park Slope, Brooklyn. The rapper recalled being called the n-word by an Italian kid named Nick from his soccer team, who used the epithet after Kweli beat him in a foot race. That incident at seven-years-old stayed with him until today. “I vowed that I would never let no white person call me that word without any consequence or pushback ever again.”

While he’s in California now, Kweli said he’s been following his daughter’s activities at protests in New York. And though he’s scared for her physical safety amid the pandemic and the nighttime violence that has marred some protests, he’s also incredibly proud of her for speaking up and showing up. “She’s my daughter, she’s doing exactly what I would have been doing at that age,” he said.

Kweli also recalled the first time he met Fallon, in a “disco taxi” with Justin Timberlake and Cameron Diaz in Amsterdam, as well as a trip they took to Africa together. “Right, we were tentmates. I learned a lot about white people living with you, Jimmy in a tent,” Kweli laughed. “I learned that white people, and I’m generalizing here, play a lot of poker and drink a lot of whiskey.”

As a bonus, Kweli mentioned that he’s working on an album now with producer Diamond D and that he and Mos Def are “in the final stages” of a new Black Star album, which is being produced by Madlib and deals with “a lot of this subject matter.”