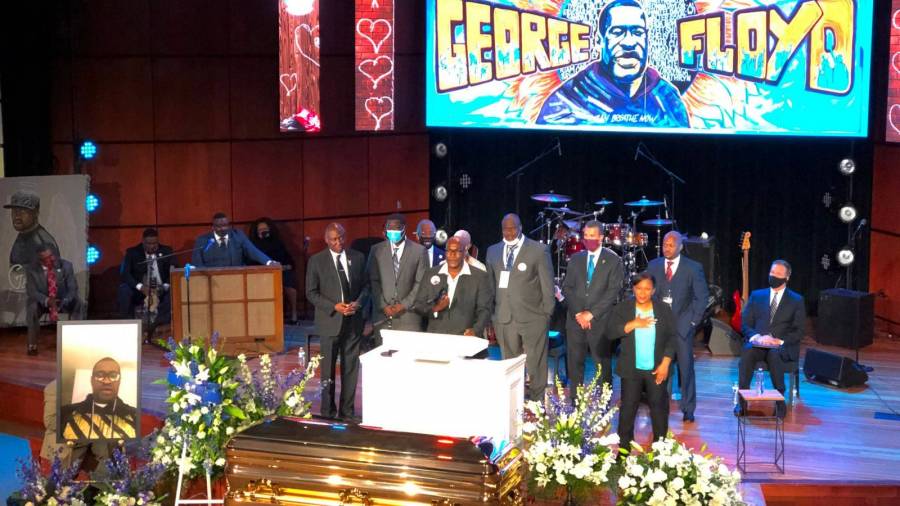 Minneapolis, MN – A memorial service for George Floyd was held in Minneapolis on Thursday (June 4). Floyd’s family and friends, community leaders and activists all gathered at North Central University in Minneapolis while people around the world watched from their homes.

Sharpton, who was in charge of the eulogy, passionately addressed the crowd and made it clear this was not just another service.

“I want us to not sit here and act like we had a funeral on the schedule,” he said. “George Floyd should not be among the deceased. He did not die of common health conditions. He died of a common American criminal justice malfunction.

“He died because of there has not been the corrective behavior that has taught this country that if you commit a crime, it doesn’t matter if you’re wearing blue jeans or a blue uniform, you must pay for the crime you commit.”

Other celebrities spotted at #GeorgeFloyd’s memorial service to pay their respects include #TI, #Tiny, #Tyrese, #TiffanyHaddish, among a few others 🙏🏾 (📸: @aaronlmorrison)

Floyd was killed on May 25 after ex-Minnesota police officer Derek Chauvin kneeled on his neck for almost nine minutes, ultimately causing his death. A second, independent autopsy commissioned by the Floyd family ruled his death a homicide by asphyxia.

In the wake of Floyd’s death, riots and protests have erupted not only across the United States but also the entire world as the cries for racial equality grow exponentially louder.