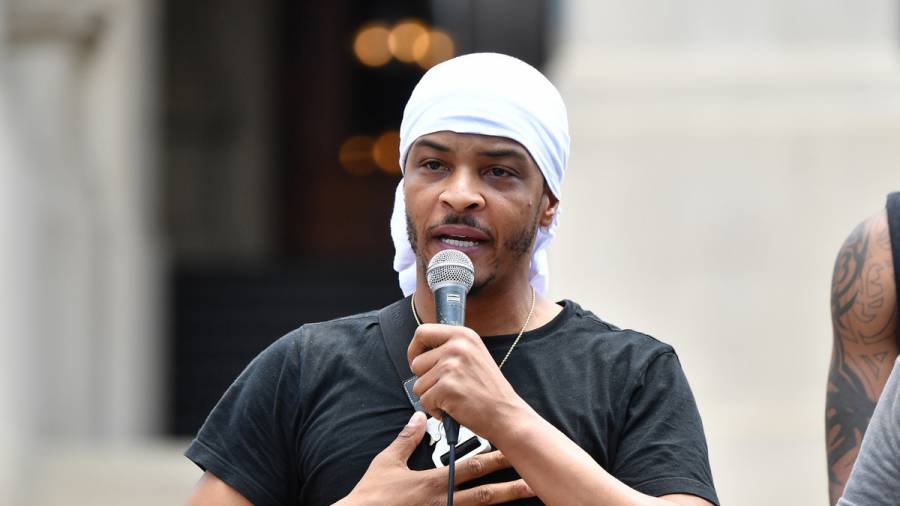 T.I. checked a fan for having the wrong reaction to a public sighting of the multi-platinum rapper. In a clip circulating on social media, Tip initially ignored a man trying to get his attention during a drive but later explained why he wasn’t pleased with the guy’s approach.

“How you doing, man?” the fan asked, prompting the veteran rapper to turn away and roll up his car window.

Despite getting stonewalled, the guy continued to talk to T.I.

This got Tip to raise a fist and roll his window back down. He then told the fan why he didn’t want to interact at first.

“Don’t come up filming me, dawg, and trying to speak,” the Grand Hustle head honcho said. “That shit’s rude.”

Over the weekend, T.I. joined protests prompted by the police killing of Rayshard Brooks. The 27-year-old black man was killed by cops in a Wendy’s parking lot in Atlanta on Friday (June 12). Police found Brooks asleep in the parking lot, alleged he was drunk driving and shot him twice in the back when he fled arrest.

Watch T.I.’s verbal exchange with the fan and footage of his speech at an Atlanta protest below.