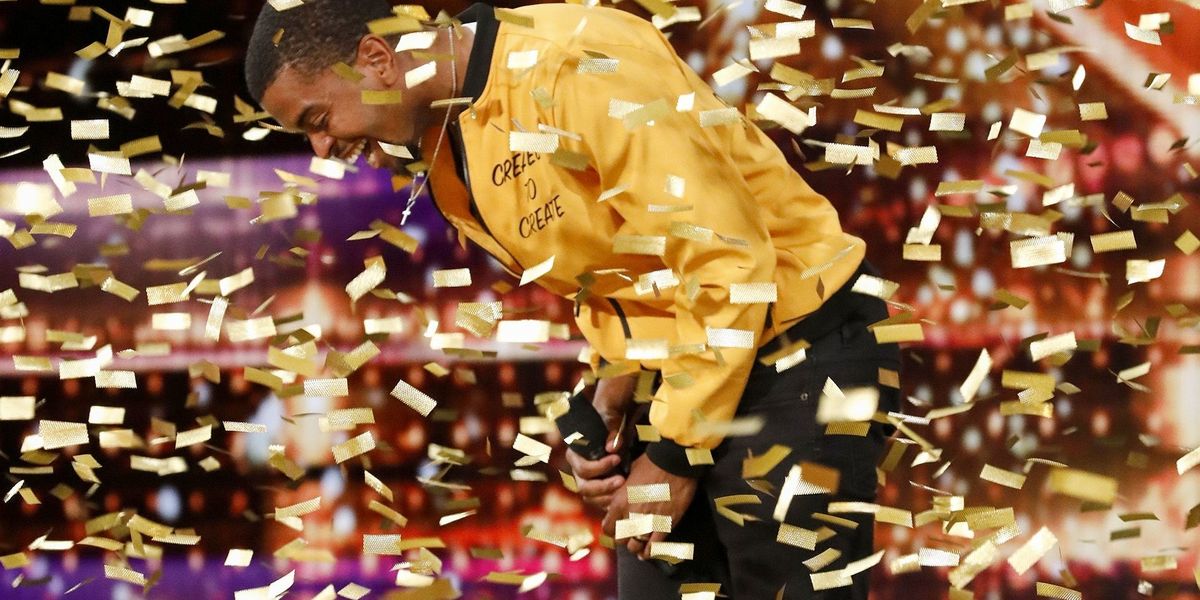 When you think of poetry, what comes to mind?

Generally speaking—to the extent we think about poetry at all—Americans tend to think of it as something a handful of dead people did in order to make our high school English classes slightly more dull and confusing. But there is another strain of poetry that doesn’t feel so buried in the past–a form that was pioneered by people who are still alive and that’s still thriving.

Spoken word poetry—also known as slam poetry—isn’t written to be read alone in a quiet room, but to be performed. A compelling amalgam of rap, stand-up comedy, and personal essay that plays with rhyme, wordplay and poetic forms, spoken word found it’s footing in the Lower East Side of New York City in the 1970s and ’80s at the Nuyorican Poets Cafe; it was made famous in the early 2000s by HBO’s Def Poetry Jam.

The form is still thriving on college campuses across the country, especially among young Black and Latinx poets who have found the emotive power of spoken word well-suited to expressing experiences of heritage, oppression, and triumph.

It’s a form that lends itself to serious topics and deeply personal disclosure, which sounds at odds with the tone of a lighthearted show like America’s Got Talent, which more often celebrates ventriloquists, magicians, dancers, singers, adorable children, and performing pets. It’s not the kind of forum where you would typically expect to find—for instance—a moving perspective on the killings of Ahmaud Arbery, George Floyd, and Breonna Taylor. But 2020 has been anything but a typical year…

Back in June, Brandon Leake made his first appearance on the show, performed a moving tribute to his late sister, and received a rare golden buzzer from Howie Mandel—automatically sending him to the quarter finals.

As Mandel put it at the time, “It’s amazing to me that on Season 15 it’s the first time we’re hearing … spoken word. There’s something more raw … No music, no nothing. Just a raw heart beating in front of us. We feel your pain. We feel your love and you moved me to do this.”

With each subsequent performance Leake proved his skill with words, and his ability to translate heavy subjects like the daunting task of fatherhood and the deadly reality of racism in America into compelling and uplifting performances.

Then, this week, Brandon Leake went up against two musical acts in the season finale, and the first spoken word artist to ever appear on the show became the season 15 winner. As Leake put it, “This is a huge win for the spoken-word community. For an art form that has not been on the mainstream ever to have a chance to win America’s Got Talent is bigger than anything,”

And he’s definitely right. But does this victory mean that spoken word is finally about to enter the mainstream? Does the fact that an audience of millions of AGT viewers voted for Brandon Leake mean that America loves poetry now?

There’s no doubt that this has raised the profile of spoken word poetry, but anyone who’s hoping that this points to a resurgence of interest in poetry in American culture should probably not hold their breath. While it may turn out that this is the start of a new American love affair with poetry, the only thing we know for sure is that America loves Brandon Leake.

The 27-year-old is handsome, earnest, and upbeat, with an infectious smile and an approachable demeanor. His talent as a poet and a performer are undeniable, but he’s also just about the best possible ambassador for the spoken word form. He’s serious and political, weaving in touches of humor, powerful imagery, and surprising wordplay, and tying everything back to his Christian faith. Of course America loves him.

So, while it’s hard to say whether this moment will lead to a broader renaissance of performance poetry, we can definitely expect to see more of Brandon Leake in the future.