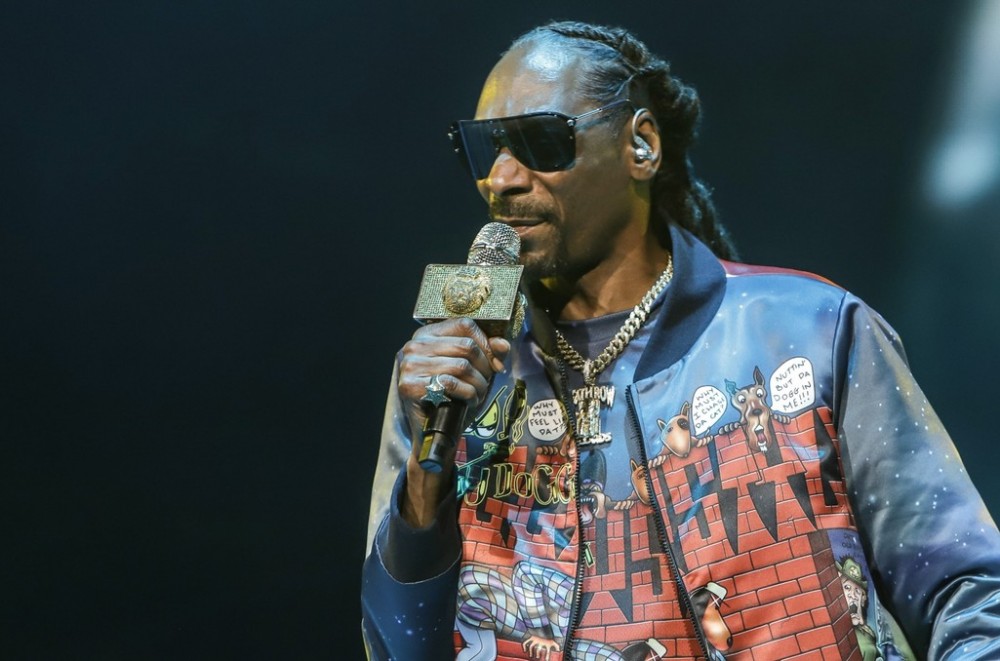 Snoop Dogg is going to make his voice heard at the polls. The rapper called in to Big Boy’s Neighborhood discuss the killing of George Floyd and the Black Lives Matter protests on June 4, and shared that it’ll be his first time casting a ballot.

“For many years, they had me brainwashed thinking that you couldn’t [vote] because you had a criminal record. I didn’t know that,” he explained to the host. The rapper had been convicted for felony drug possession in 1990, and pleaded guilty to felony gun and drug charges in 2007. “My record’s been expunged, so now I can vote.”

His eagerness to vote this year is due to his feelings about President Donald Trump, whom he roasted during Comedy Central Roasts Donald Trump in 2011. “I ain’t never voted a day in my life,” he admitted to Big Boy, “but this year I think I’m gonna get out and vote cuz I can’t stand to see this punk in office one more year.”

The 48-year-old rapper insisted he’s “definitely” going to vote this election year because it’s important to do his part to encourage everyone else to make a difference. “I can’t talk about it and not be about it. I can’t tell you to do it and don’t go do it,” he said. “Everybody know I’m a frontliner. I ain’t gonna tell you to do something I didn’t do. If I tell you to do something, I done it already.”

However, the musician acknowledged during his chat that this is a serious time, and not just because of police brutality and systemic racism. While it’s important to make your voices heard — be it in protests or at the polls — Snoop noted it’s also necessary to stay safe because of the coronavirus.

“We’re dealing with the pandemic too, and I don’t think that is fully going away,” Snoop Dogg pointed out. “People are quick to jump into the streets and not knowing what the full, you know, thing is with that right now. So I just want to let everybody know to be careful and be safe and keep your mask on. Stay hydrated, stay [hygenic].

Watch his interview below.

Snoop is just one of many musicians urging people to head to the polls this year. On Black Out Tuesday (June 2), artists from Ice Cube, Mary J Blige, Questlove and beyond reminded their followers on social media to get out and vote. On that day, multiple states were holding presidential primaries. Georgia and West Virginia have primaries scheduled for June 9, while New York and Kentucky will hold theirs June 23.

To find out where to vote and register, visit USA.gov.