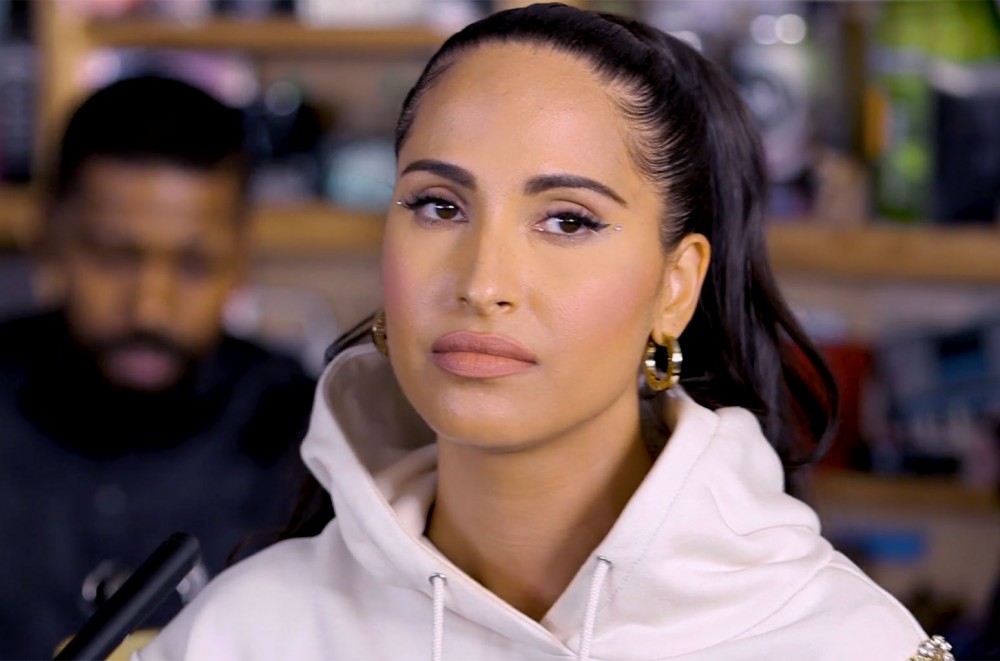 The mesmerizing Snoh Aalegra made her Tiny Desk concert debut on Tuesday (Feb. 18) at the NPR offices. The stirring 16-minute show saw the Iranian-Swedish singer show off her ranging ability with a medley containing tracks mostly from her fearless 2019 Ugh, Those Feels Again album.

Aalegra's angelic vocals are only complemented by her magnetic personality and keen fashion sense. She even brought along quite the live band, which included artists on the bass, violin, cello, keys, drums, and backup singers to perfect her vision for the five-track performance.

Snoh kicked off with "Love Like That" and moved into the comforting "Whoa." She then threw in Feels' "Fool For You" before finishing with the intimate "Find Someone Like You."

The 32-year-old is gearing up to head back out on tour with another North American trek starting north of the border in Vancouver, B.C. in March. She'll be making stops in NYC, Los Angeles, Houston, Philly, Boston, and more. Aalegra recently received the Pharrell co-sign when enlisting him on the "Whoa" remix.

Watch the concert below.