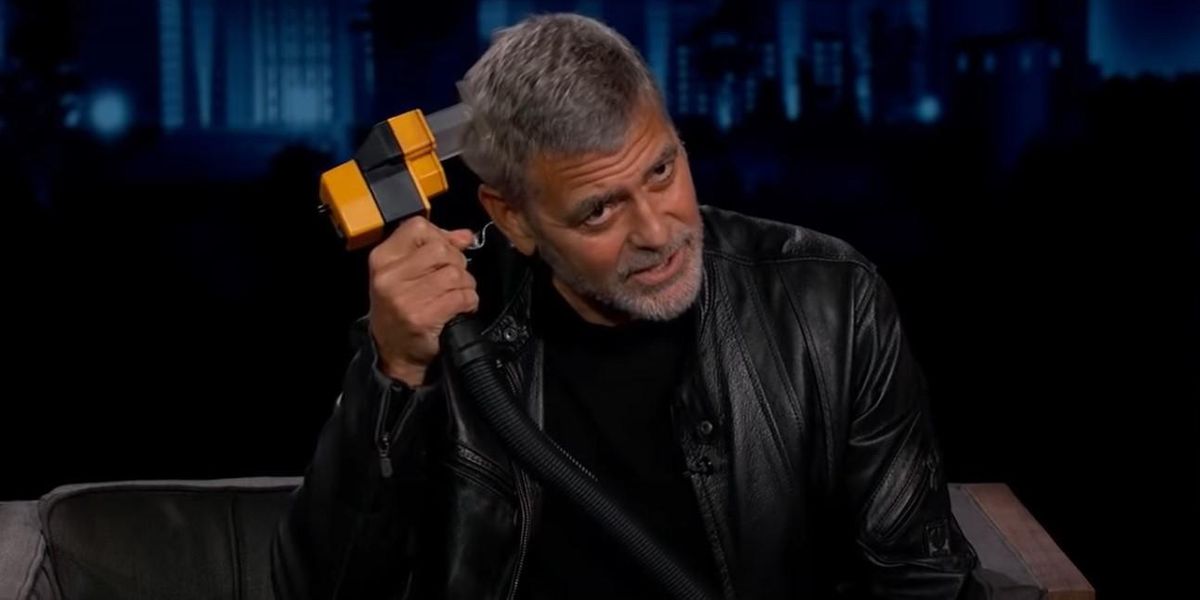 The world of celebrity endorsement makes for some strange spectacles.

From Penelope Cruz dressed as Mario, to Snoop Dogg rapping about Hot Pockets, it sometimes seems like celebrity’s will back any brand that offers them a paycheck. But that’s not the case with the celebrities on this list.

No one asked these 14 celebrities to offer these strange endorsements. These are just honest — though sometimes confusing — expressions of love for their favorite products.

Jessica Simpson says that she’s never been a smoker, but she knows the power of nicotine addiction. On an episode of The Tonight Show the singer explained to Jay Leno that she was given her first taste of nicotine gum by accident:

“The first time I ever chewed a piece of Nicorette gum one of my close friends’ mother …. thought she was giving me a piece of regular gum. I was chewing it and it was like a party in my mouth. It was like fireworks and ‘Oh my god, I’m talking a million miles per hour and I love this gum and what kind of gum is this? I have to have this gum.'”

She makes it sound so fun… Still probably not a good idea to develop a Nicorette habit.

In an infamous 2006 appearance on The View, actor-director Danny DeVito gave perhaps the most sincere endorsement of limoncello by confessing that he was up all night drinking the Italian liqueur with his friend George Clooney. Whether the Always Sunny star was exhausted and hung over or possibly still a bit drunk, his loopy energy made for a compelling interview.

It made such an impact, in fact, that a few months later DeVito launched his own brand of limoncello complete with a catchy jingle and a scratch-and-sniff label. Maybe that’s where Clooney got the inspiration for Casamigos.

Beauty and skincare brands are always looking for glamorous young stars to do some promotion. And Euphoria actor Zendaya is probably near the top of the “glamorous young star” list. So you might suspect that Japanese brand Baby Foot paid her to talk about their foot peel “mask”… until you read what she had to say:

“I tried it and was like, ‘This is bulls***,’ because nothing happened. Then a couple weeks later, I was like, “What the **** is wrong with my feet!?’ They looked a mess and were seriously peeling like crazy. But, it was actually great. It worked really well and my feet were so smooth after! (I’d show you a pictures, but you’d probably throw up!)”

After Robert Pattinson’s 2012 break-up with Twilight co-star Kristen Stewart, people were desperate to get him talking. On The Daily Show Jon Stewart tried to get him to open up over a couple pints of therapy ice cream, and when that didn’t work George Stephanopoulos brought a secret weapon to the set of Good Morning America: Cinnamon Toast Crunch.

The cereal has been confirmed as Pattinson’s favorite, but it wasn’t enough to persuade the famously reserved Pattinson to spill the details. Instead, when Stephanopoulos asked him what he wanted his fans to know about the break-up, Pattinson deflected with an impromptu cereal commercial.

“I’d like my fans to know that Cinnamon toast is just 130 calories.”

Selena Gomez loves pickles. The Spring Breakers star has shared her recipe for popcorn with tabasco and pickle juice — which actually sounds kind of tasty — but all the way back in 2009 she shared her love of a much weirder combo. In a move that we’re not sure Reese’s appreciated, the young star shared this image on her Twitter, noting that “Reese’s and pickles are my favorite together. They just work.”

Whatever you say, Selena…

If TV and movies have taught us anything, it’s that the ability to quickly solve a Rubik’s Cube is irrefutable proof of genius-level intelligence. If that’s true (it’s not…), then Justin Bieber is probably the smartest celebrity on Earth (he’s not).

From a young age, the Biebs has been able to solve a Rubik’s Cube in under two minutes, and has done so on camera any number of times.

But what is even more striking than his skill with the famous puzzle is his enthusiasm for it, as evidenced by this installment of The Late Late Show‘s Carpool Karaoke. When James Corden produces a mixed-up Rubik’s Cube for Bieber to solve, the “Holy” singer doesn’t treat it as a chore. Rather, he responds with, “Dope. Hell yeah!” and gets to solving it.

With the new expansion World of Warcraft: Shadowlands released in November, many recovering WoW addicts are likely to be drawn back to Azeroth to explore the fantasy world’s afterlife. Among those who may be tempted is Black Swan star Mila Kunis, who discussed her obsessive relationship with the game on Jimmy Kimmel Live back in 2008.

Kunis noted that she had actually had to abandon a character when another player recognized her voice — yet she still kept playing so much that she eventually forced herself to quit entirely. So if Kunis disappears from society for the next few months, the first search party should probably be sent to the shadowlands.

This one is more of a tough love endorsement. When Cadbury made their Creme Eggs smaller in 2007, they thought they could get away with it. The seasonal treat is only available a few months out of the year, so most people would be unlikely to notice the difference.

One exception to that rule was Office writer and star B.J. Novak, who loves Cadbury Creme Eggs so much that he keeps a stock frozen for year-round consumption. Cadbury probably didn’t appreciate Novak calling out this blatant case of “shrinkflation” on national TV, but his devotion to their product was evident nonetheless.

Girls creator and star Lena Dunham is not one to withhold the less-than-glamorous details of her life. That’s certainly the case with an image she shared on Instagram of her using the $35 Neutrogena Light Therapy Mask for treating acne.

The accompanying text explained that Dunham “saw the ad for the light therapy acne mask and became obsessed” prompting her then-boyfriend Jack Antonoff to buy one for her. In case there was any uncertainty as to whether Neutrogena had approved of the image, Dunham included the hashtags #notanad and #justapsycho.

The post has since been deleted, though it’s not clear if it was purged as a result of Dunham and Antonoff breaking up, or because the light mask has since been recalled for its potential to cause permanent retinal damage…

Mila Kunis is not alone in her addiction to gaming. Back in 2011, Perfect Pitch star Anna Kendrick confessed to an obsession that was extremely 2011. That was the year that Time Magazine listed mobile game developer Peter Vesterbacka as on of their 100 most influential people in the world.

At the time, Kendrick was so addicted to Vesterbacka’s game, Angry Birds that Time used this quote from her in their write up: “I have three stars on every level. It’s sort of disgusting how much I play the game. It’s not, Oh, what level am I on? It’s, Do I need therapy to break myself from playing Angry Birds?”

At some point in your life, you may have had the opportunity to try one of those silly “As Seen on TV” infomercial gadgets. Whether it’s the Slap Chop, the Shake Weight, or the Tiddy Bear, chances are you won’t become quite as devoted to the product as George Clooney is the the bizarre vacuum-powered hair cutting system known as the Flowbee.

The Ocean’s Eleven star recently revealed why he’s had an easier time adapting his routine to quarantine. Unlike many celebrities who have gotten shaggy with the advent of social distancing, Clooney hasn’t had to worry about missing trips to his stylist. As it turns out, he’s been cutting his own hair for decades.

In a recent interview with CBS’s Tracy Smith, the Midnight Sky actor and Tequila Tycoon revealed his secret. “My hair’s, like really like straw, you know? And it’s so easy to cut. You can’t really make too many mistakes. So years ago I bought a thing called a Flowbee … It comes with a vacuum cleaner and the clippers? … Listen, man, it works!”

Clooney has since demonstrated his technique on Jimmy Kimmel Live, making the whole process look easy. But he has noted that the device probably won’t work for everyone, noting that he wouldn’t risk his wife Amal Clooney’s hair to the Flowbee.

“bread, white. peanut butter, not crunchy, creamy. grape jelly, double portion, more than you think should actually fit on a piece of white bread. bread. and then some cheetos shoved in there, and then you’re good to go.”

Not sure we’re gonna try this one at home…

Another celebrity who enjoys a strange combination with Cheetos is Cardi B. The “WAP” rapper shared this snack in a series of Instagram Stories in may. Dipping Flamin’ Hot Cheetos in Tostitos Queso is an interesting choice, but washing it down with a glass of red wine takes it to a whole new level that is so weird it straddles the line between genius and madness.

In the Miss Congeniality series Sandra Bullock plays FBI agent Gracie Hart, who is forced to go under cover and learn to navigate the world of beauty pageants. The Bird Box actor didn’t initially know much about that world herself, but she apparently picked up some tricks in the course of production.

In 2005, when she was doing press for the release of Miss Congeniality 2: Armed and Fabulous, Bullock shared one tip that was particularly memorable: “My favorite beauty-pageant secret; I didn’t realize that putting hemorrhoid ointment on your face is acceptable in the beauty business. But apparently butt cream does help lines around the eyes.”

It’s a wonder the brand hasn’t adopted that as their slogan.