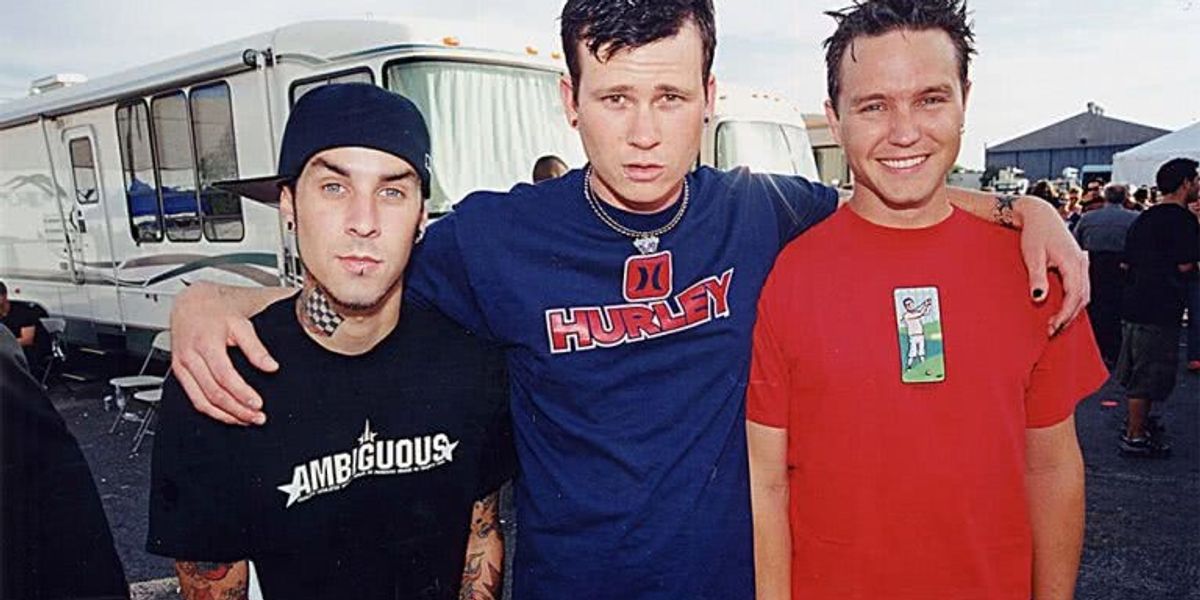 We all know at least one person who has explained in grandiose, often drunken detail why Radiohead is the greatest band ever.

“Kid A was one of the greatest creative experiments in history” and blah, blah, blah. As magnetic a project as Kid A remains, the album has been so deeply dissected and collectively lauded that any further praise in 2020 often falls on deaf ears.

While Hip-Hop’s integration into mainstream culture has bred some annoying fans, even the pettiest rap heads will at least open up their fandom for some discussion, but rock and roll devotees are traditionalists through and through. They are often quick to cap their band as “the best ever to do it” and won’t even humor any rebuttals. Here are rock music’s most relentless fandoms.

It was impossible not to at least be charmed by the gothic energy of My Chemical Romance in the early 2000s. Their perfect mesh of screamo with punk, hardcore, and metal helped pioneer the early-aughts emo movement. But Three Cheers for Sweet Revenge and the band’s subsequent success that followed bred an insufferable collection of now satirized emo fans, replete with the all-black baggy clothes, the bulletproof vests, the heavy eyeliner. The emo movement therapized countless teenagers, and bands like My Chem all felt like “our bands,” as if they were speaking directly to our experiences, but it’s annoying as an adult to run into someone who is still a die-hard MCR crony.

They’ll speak on how they were the last great emo band to exist and will roll their eyes at the emo-influenced sounds of Juice WRLD and Lil Peep. They often act like I Brought You My Bullets, You Brought Me Your Love was their best album and that no one truly understood their music the way that they personally did. The same fans that make these arguments are also more often than not the ones who clocked out once MCR released Danger Days. Overall, it’s just annoying.

The Irish punk rock group out of Quincy Mass already have drunken frat energy, so you can imagine how their fans often behave at their concerts. While they have a number of energetic hits, The Dropkick Murphys have attracted a specific blend of misogynistic frat bros and neo-Nazis.

The band has acknowledged this unfortunate circumstance and has, at times, taken action to quell brewing Nazi energy at their shows; but regardless, the band has become synonymous with drunken Boston bros, and that’s just not a good vibe in 2020. So if you run into someone who cites The Dropkick Murphys as their favorite band, proceed with caution.

Psychedelic rock has bred some of the most annoying fans in music history, and Pink Floyd fans remain the cream of the crop when it comes to rock and roll snobbery. Yes, we’ve all listened to The Dark Side of the Moon; yes, we’ve all gotten really high and synced up the album to The Wizard of OZ; yes, we understand if you pop a tab and close your eyes and listen to the album, it will be a stimulating and all-consuming experience. We understand the album’s dissection of capitalism and the American Dream is worth countless hours of philosophical musing.

But Pink Floyd fanatics are a walking cliche. If you’ve ever volunteered (or been forced) to listen to the band alongside a Pink Floyd crony, you’ll spend less time actually listening to the band and more time listening to said fan weave intricate tales about “the meaning” behind each song. Pink Floyd fans maintain such a death grip over The Dark Side of the Moon that it is impossible to enjoy casually. Prog rock, in general, has become synonymous with pseudo-hyper-intelligence, and thanks to the suffocating mansplaining of Pink Floyd fans, casual listeners aren’t given the space to even exist. It’s all or nothing, and that type of energy will always be insufferable.

As stated above, casual Prog Rock listeners aren’t given the space to breathe, and that remains true for anyone who wants to check out TOOL. Maynard James Keenan’s prog-metal discography has been so picked apart by philosophical stoners that the band’s fanbase is some of the most parodied dorks on the planet. They equate TOOL with high culture and believe the band to be one of the greatest walking examples of musicianship.

Listening to a TOOL crony drag on and on about how “Lateralus” is a musical translation of the Fibonacci time sequence has become a parody of itself, and TOOL fans are often portrayed as 40-something’s who spend too much time in dimly lit rooms, a stereotype which is definitely steeped in fact.

To say that The Beatles are anything less than the greatest band ever is absolute blasphemy when speaking to a Beatles devotee. To even slightly imply that you are not a fan of their music is certain death. The Beatles are iconic, but there have been other bands who are just as talented as them, yet Beatles fanatics live, breathe and eat Beatles music. They request their entire discography at parties, will “enlighten” you on the band’s “backmasking” work on songs like “Rain,” and will ask you to list off your favorite artists merely so they can pick apart how The Beatles indirectly made their careers possible.

We get it: “Lucy in The Sky With Diamonds” spells out “LSD,” and the real Paul McCartney died in 1966 and was replaced with a look-alike. Can we please listen to something from our generation?

Chances are that Blink-heads will disguise their undying love for Mark Hoppus and the boys as a general love for “pop-punk,” but what they really mean is they listened to Blink’s Dude Ranch and Anemia of the State for years. Blink-182 hasn’t produced a truly amazing record for a while now, but according to their devotees, they’ve remained “at the top of their game.”

It’s annoying when fans can’t admit when their band flops, as if to admit such a thing would disregard their massive influence on rock music. Blink-182 is an amazing band, but there are also a plethora of amazing pop-punk groups that actually make enjoyable music today. Why don’t Blink devotees see that?

High profile publications such as The Atlantic have dedicated endless hours to trying to decipher why the quintet’s fan base sucks so hard, considering their music is actually pretty good, but continue to come up empty-handed. It is what it is, but tread lightly if you encounter a DMB worshipper in the wild.

Phish sucks, and it’s okay to think that. The band’s discography has steadily waned over the years, and their live shows have become legendary parodies. Cultists will defend the band’s off-putting quality, saying that haters like me “just don’t get it.” I promise you Phish-critics do get it, and the “it” is that they suck.

Their basslines are flat and lifeless, and they’ve never drawn on anything other than the thin realm of pop music that made up their heyday. Their “jokes” within their music are flat, and collectively they have as much on stage passion and chemistry as an Applebees. Don’t let yourself be gaslit by a Phish fan if you think they suck, because, with all of these bands, and music in general, there are always two sides to every coin.