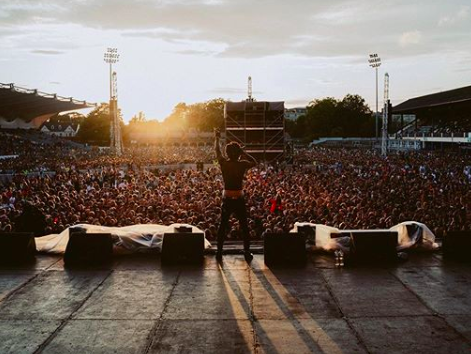 Los Angeles, CA – After embarking on a pair of tours brought forth by his 2019 album Ghetto Lenny’s Love Songs, rockstar rapper SAINt JHN has announced yet another tour in support of the heavily streamed project.

Beginning on March 18 in Seattle, the second leg of his North American headline tour will commence as it treks through 14 cities, ending in Boston on April 8.

The eclectic artist is coming off the International Ghetto Lenny’s IGNORANt Forever Tour, which blazed throughout Europe and Australia.

Part of the renewed interest in seeing SAINt JHN live can be attributed to his popular “Roses (Imbanek Remix).” The house-boosted update has more than 100 million global streams across all platforms.

Tickets for the IGNORANt FOREVER Tour hit are currently available at SAINtJHN.com and OnestoWatch.com.