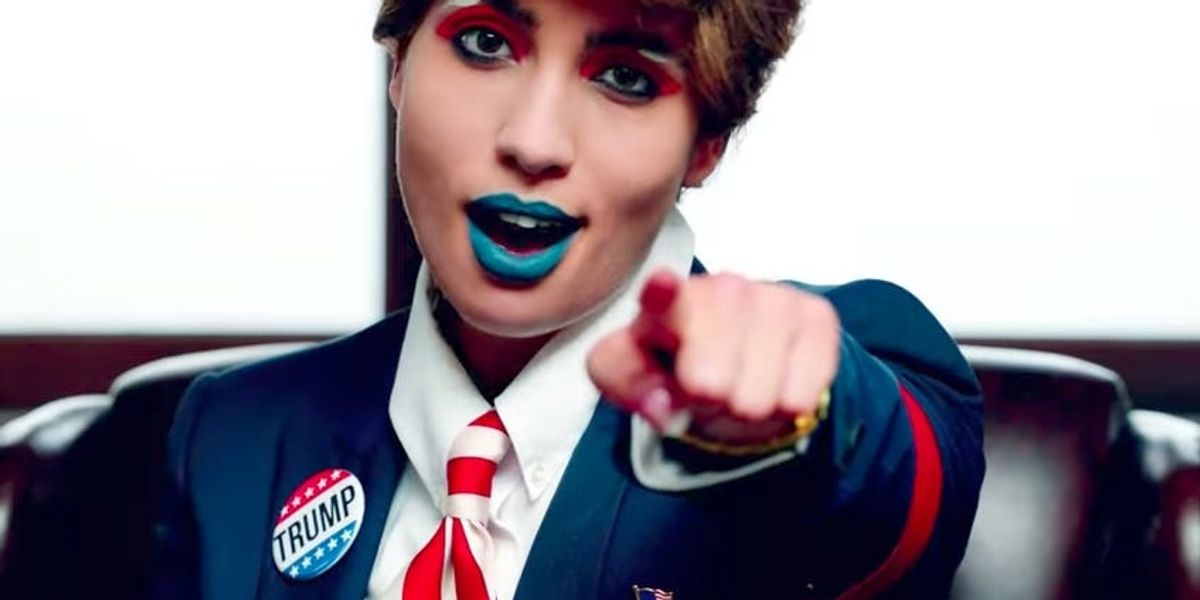 “Superstition taking all of us for a ride, minds overtaken by the signs of the Right.”

On “Tentative,” System of a Down’s Serj Tankian lets loose his paranoia and vitriol but remains consumed by hopelessness. “No one’s gonna save us now,” he bellows over wavering guitars. While penned in 2005, “Tentative’s” vexation feels all too relatable in 2020. While we take to the streets to protest racial injustice or to social media to compel voter turn-out or educate conservative cousins on the reality of climate change, the efforts often feel like we’re screaming into the void.

“I woke up to a message of love, choking up on the smoke from above,” Billie Joe Armstrong croons on Green Day’s “Father of All…” The duality of hopelessness and activism is the life-blood of protest, and when an artist can combine these frustrations into a song it can be life-affirming.

With 3 weeks left to go until the most contested election in our lifetime, here are some groups that can serve as the blood-pumping soundtracks to our collective riotous energy and despair.

System of a Down

System of a Down is one of the greatest political rock acts of all time, and their themes have historically leaned towards the left. But watching the internal political drama between lead singer, Serj Tankian, and drummer, John Dolyman, has been disheartening. The latter denounced the “Defund the Police” movement over the summer as “the stupidest thing [he’s] heard,” while Tankian’s far-left ideologies have often called for rioters to “overthrow the Trump regime.”

The ferocity of their grievances online has translated into a scrapped SOAD reunion, but the band’s discography is thick with political anthems such as “Attack,” “Hypnotize,” and of course their iconic “Chop Suey!”

The Chicago punk band has remained steeped in political themes since the quartet’s birth in 1999. Outside of their music, they have been outspoken in their advocacy of progressivism and have supported multiple organizations such as Amnesty International and PETA.

The straight-edge vegetarians have continuously raged against racism, misogyny, voter suppression, and anti-immigration beliefs. While at times melodic, most of the band’s vast discography is comprised of chunky metal guitars, arena-ready “whoa-oh!” choruses and hair-raising lyrics like, “If strength is born from heartbreak, then mountains I could move.”

The band’s political themes have at times bordered on cliche when translated to song, but the group’s rambunctious political savviness and catchy punk sensibilities are best illuminated on their 2006 album, The Sufferer & The Witness, with songs like “Injection” and “Under The Knife” hard-hitting and well-balanced.

Another punk band of the 2000s that wear their political affiliation on their sleeve, Anti-Flag has regularly critiqued the powers that be in their snappy punk tunes. Their latest album, 20/20 Vision, features boisterous and relatable tracks like “Don’t Let The Bastards Get You Down” and “You Make Me Sick.” Anti-Flag’s far-left intentions have always been clear, 20/20 even features Trump on the cover with Xs crossed over his eyes.

The gritty punk group has always identified itself as an “anti-capitalist” rock band, a stance that has caused both conservative and moderate ire over the years. But even devout fans suddenly turned on the group after they announced their signing to RCA Records, a major label. They were criticized as sell-outs, but the band defended their signing, saying the use of a major label could spread their message to more people. Regardless, the band’s music has remained blunt and profoundly left-leaning.

The pioneering Riot grrrl group needs no introduction, but their seething, frustrated energy and radical feminist ideology still get the blood pumping in 2020. The punk quartet recently reunited for a much-needed tour, and sentiments about 2020 Trumpian politics are easily reflected on the group’s 1991 song “Liar”: “You’re a liar, liar, liar you got your pants on fire/ Liar, liar hanging by the telephone wire, you know, you’re a godd*mn motherf*cking liar.”

The hardcore punk group recently made history as the first non-rap act to sign to Odd Future records, and their pounding bass and blood-curdling screams have relentless riotous energy without being directly political. 2020’s Kenny Beats produced Squalor was a brief but captivating EP that choked the life out of listeners. “Don’t have a clue, how to cope, what to do,” Lee Spielman screeches with profound angst.

The Russian feminist punk rock band has made their entire career on criticizing and taking on the man. Based out of Moscow, the 11-piece group has often staged provocative guerrilla performances in public spaces around Russia and has spoken on everything from LGBTQ+ rights to racism and what they believe to be Vladimir Putin’s dictatorial policies.

They have been deemed sacrilegious by multiple Christian organizations and gained international notoriety when five members gave a lewd performance inside Moscow’s Cathedral of Christ the Saviour in 2012. Three of the members were arrested, charged with “hooliganism,” and later sentenced to two years in prison.

Regardless, the unapologetic rock band has continued to make super punk music, and Nadya Tolokonnikova has even published a guide on how to fight back against a Trumpian regime, which we all could use right now.