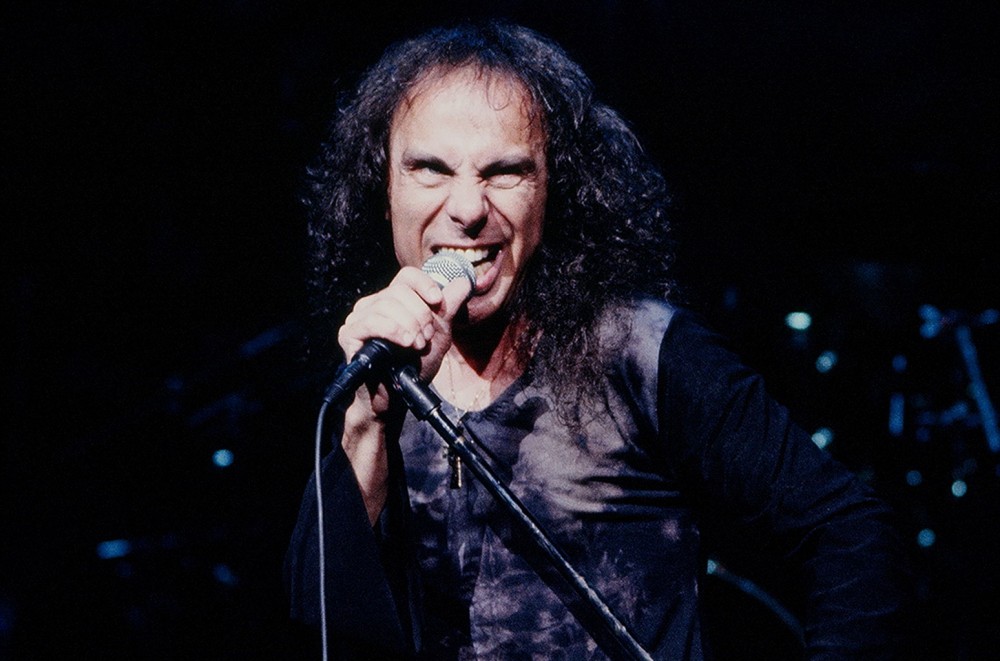 May 16 marks the 10th anniversary of the metal icon’s death from stomach cancer.

Come May 16, it will be 10 years since metal icon Ronnie James Dio died after a battle with stomach cancer at the age of 67. His widow and manager, Wendy Dio, tells Billboard that “sometimes it feels like 10 years or longer; sometimes it seems like just yesterday.”

Some consolation comes from the enduring impact of the vocalist's solo heavy metal work and with such bands as Black Sabbath and Rainbow. But the real silver lining around that very dark cloud has been the Ronnie James Dio Stand Up and Shout Cancer Fund, which is commemorating the 10th anniversary of the death of its namesake on Feb. 20 with a memorial awards gala at The Avalon in Hollywood. The event will honor those who have played a role in the charity or Ronnie’s legacy.

“The mission, obviously, is to see if we can save some lives and raise money to go into education and research so other people don’t have to suffer and die from this terrible disease,” says Wendy about the charity. It was established in 2011, and has raised more than $2 million for the T.J. Martell Foundation for Leukemia, Cancer and AIDS Research; the University of Texas MD Anderson Cancer Center in Houston (where Ronnie was treated the last six months of his life); and the UCLA School of Dentistry, which is developing a noninvasive saliva test for early cancer detention. “It’s also something to keep Ronnie’s legacy and music alive. We’ve banded together 14 board members who were all great friends of Ronnie’s, just working our butts off to do different events to bring in money for cancer research.”

This is the fund’s second gala, and comes five years after the inaugural event; Wendy expects one to be held every five years. The fund also hosts an annual spring Ride for Ronnie motorcycle ride and concert (coming up May 17) and a Bowling for Ronnie event each fall, both in the Los Angeles area.

Metal media maven Eddie Trunk will host the gala, which will feature a performance by the current edition of the Dio band, which has been touring with a hologram of the late singer. Comedian Brian Posehn will join the group to perform a song from his new Grandpa Metal album with Anthrax’s Scott Ian and Joey Vera from Armored Saint and Fates Warning.

Additional funds will be raised via a silent auction, with items ranging from studio time to luxury travel packages.

Other things on the late rocker's docket in 2020 include his out-of-print 1996-2004 studio albums (Angry Machines, Magica, Killing the Dragon and Master of the Moon), which will be re-released March 20 through Niji Entertainment Group/BMG with live bonus tracks, while British writer Mick Wall is helping to finish a memoir that Ronnie started before his death.

“He wrote about halfway through the book, and we’ve found more stuff he had written — scribbles and notes and different things,” says Wendy, who hopes the book will be published this year with “lots of wonderful photographs no one has seen.”

A film documentary is also in the works, featuring interviews with Ronnie’s friends and admirers, as well as Super 8 film footage of his childhood.

Ronnie’s hologram, which went on tour during 2019, is undergoing an overhaul before it hits the road again. Wendy hopes to have a new hologram out later this year with the Dio road band, which has featured singers Tim “Ripper” Owens and Oni Logan. “We’re developing a new one because technology changes every day,” she explains. “I was happy with the one we just did last year in the U.S., but now we can make it even better. It’s something I think Ronnie would have wanted to do. He loved going to Disneyland and seeing the holograms there and always was very interested in developing one.”