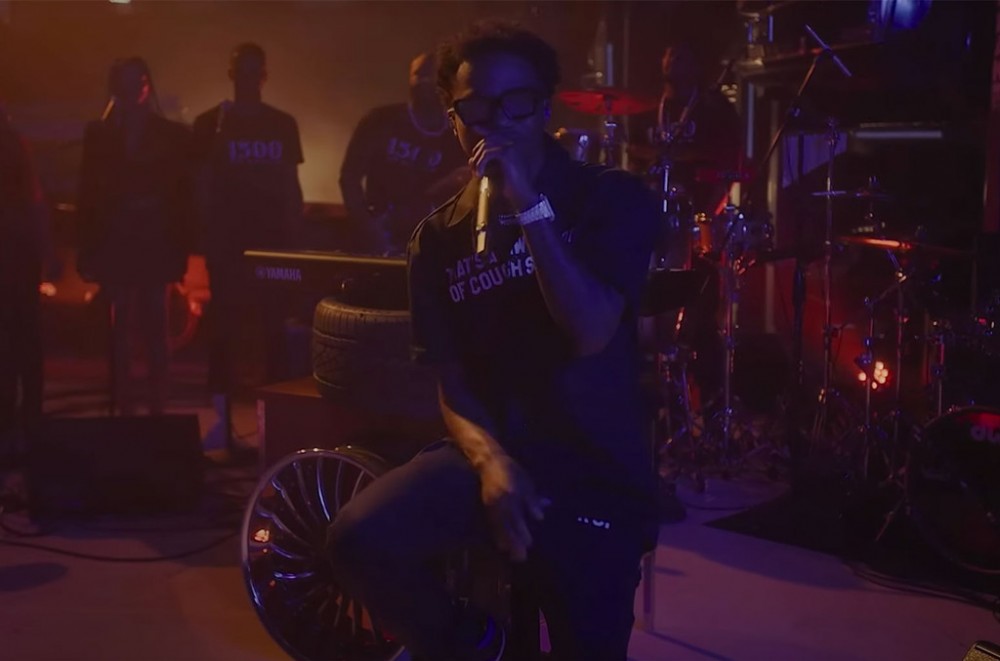 Roddy Ricch made the most of his socially distanced spin on NPR’s re-adjusted Tiny Desk (Home) Concerts, which he re-dubbed Tiny Garage thanks to its unique setting.

Surrounded by shining rims and a standing behind a keyboard propped up on a fat car tire, the rapper recorded his episode at the legendary West Coast Customs body shop, kicking off with the soulful “Perfect Time,” backed by his thumping eight-piece 1500 or Nothin’ band.

Rocking a black shirt with the words “that’s a whole lot of cough syrup” across the front, Ricch invited his friend Ty Dolla Sign onto the set for a verse and some guitar for the bouncy “Bacc Seat,” which also appears on Roddy’s debut studio album, Please Excuse Me For Being Antisocial.

He rolled through two more jazzy, R&B-tinged Antisocial cuts, “High Fashion” and “War Baby,” to wind out the set, which skipped out on his breakthrough smash No. 1 chart hit, “The Box.”