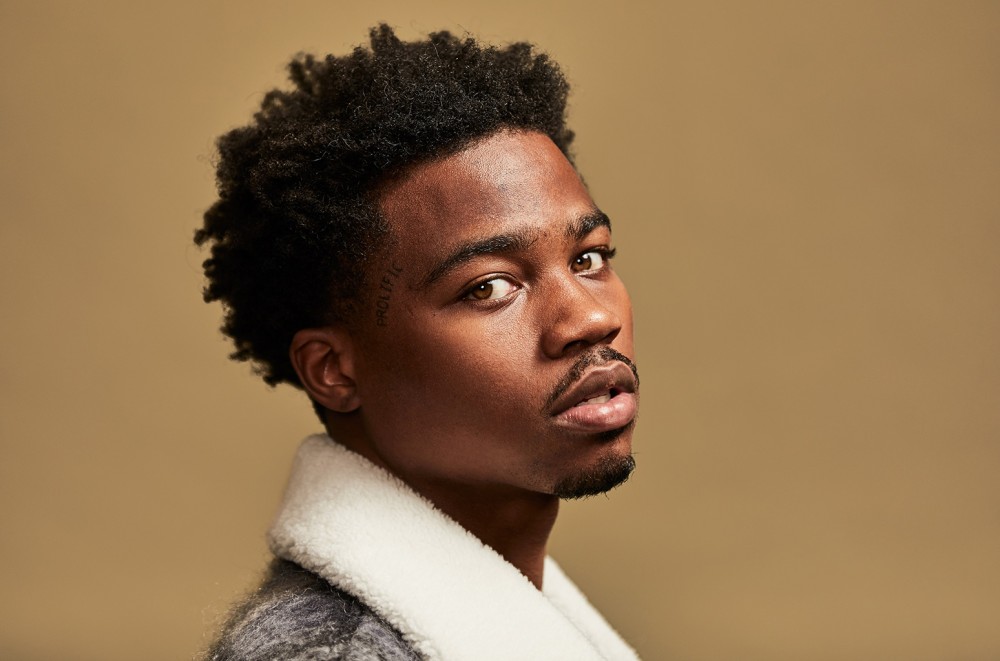 Two months ago, when Roddy Ricch last connected with Billboard, he was preparing to release his debut album Please Excuse Me For Being Antisocial. Though the 21-year-old was confident in his project, even he couldn’t predict what would happen during the next six weeks.

After debuting No. 1 on the Billboard 200 with a whopping 101,000 album equivalent units moved in his opening week (Dec. 15), acclaim quickly followed the Compton star. Not only did Antisocial make for a late entrant in album of the year conversations, but during the final month of 2019, its lead single, “The Box” stormed its way through social media.

“The Box" became an instant hit on TikTok, courtesy of Ricch’s punchy hook and squeaky “Eer Err'' ad-libs. On Monday (Jan. 13), “The Box'' trumped Justin Bieber’s “Yummy” and became the new No. 1 song on the Hot 100, usurping Post Malone’s “Circles.” And the same week that Ricch notched his first Hot 100-topper, he also reclaimed the top spot on the Billboard 200, notching a tally of 97,000 album equivalent units moved for Antisocial.

“Nobody ever really plans this [kind of success],” Ricch tells Billboard in a new interview. “You can't run from it. You gotta kind of just let it happen. To this point, I really just been doing the same s–t: going to the studio and really just trying to stay focused on what it is I started.”

Along with his pair of No. 1s, Ricch received three Grammy nominations last November, dating back to his collaborations with Mustard for “Ballin’” and his late friend Nipsey Hussle with “Racks in the Middle.”

Billboard spoke to Ricch about his whirlwind of a month, the success of “The Box," being Grammy-nominated for the first time, and what he would tell Nipsey Hussle if given the opportunity.

What was the inspiration behind "The Box"?

I actually was in New York with [my team] in the studio recording and really just finishing up the album. I think that was like the second song I had made that night. It was like six in the morning — it was real late — and I had just been going crazy. I finally made that song, and n—as thought I was crazy when I had made the little door [squeaking] sound [Laughs]. But it all came together.

I mean, honestly, "The Box" was like the last song I had made [that night]. I ain't even put too much thought into it. I put it on there at number two [on the album's tracklist], because it just bangs. The 808s hit so hard.

Was that an intentional move on your part to set it up right after the intro?

Yeah. At first, it was going to be "Big Stepper", but then we all regrouped and I just made it "The Box" — because at first, there was a transition between the intro and "The Box." The transition was so smooth between the two songs that I had left it there — but I ended up taking the transition off, and just made it a song.

The transitions on the album were pretty smooth and seamless.

That was big for me. That was one of the things that I really paid attention to. If you look at albums like [Nipsey Hussle's] Victory Lap or [Kendrick Lamar's] Good Kid M.A.A.d City, or a lot of classic West Coast albums, they come with a story. I feel like I tell so much of a story in my music that it kind of would have been an overkill to just speak in-between [the songs] and the message that I was trying to get across. I didn't want to talk or get anybody talking unless it was something natural like ["Elyse's Skit"]. That was somebody's real mama. Everything in the project was organic.

What was it like performing “The Box” for the first time at Rolling Loud Los Angeles and later that month at your Hollywood show?

Performing in my city was crazy. I performed at Rolling Loud, and then I performed it at my show at the [Hollywood Palladium]. I performed it twice at the Palladium, 'cause it just went so crazy in the beginning. Honestly, performing it showed me how big the song was — 'cause I see the numbers, but I don't [pay attention to them] too much. I set a goal: if it don't get there then we'll try again. If it do, it'll do it. I wasn't really pushing for it to do as big as it was, but when I performed it and I seen [the reactions]… the people chose this [song to be a hit].

I saw you brought out the keyboard during your Hollywood show. When were you going to tell us about your hidden talent?

I'm not like Beethoven. [Laughs.] I don't want people to think like Roddy is John Legend now. I just felt like once I got to a certain point, that I wanted to expand musically. I wanted to open up different sides of understanding music, so that was something I did when I was younger. I said, “Let me see if I can learn a little something and figure it out.” I just been figuring it out day-by-day, and trying to understand it a little bit more. That's why I don't really be boastful or brag about it. It's just something that I keep in the tuck.

Last year, you got your first Billboard Hot 100 hit with Nipsey Hussle's "Racks in the Middle" record. Talk about your rapid progression, especially after the success of "Ballin'" and now, "The Box."

I just started. Nobody ever really plans this [kind of success]. You can't run from it. You gotta kind of just let it happen. To this point, I really just been doing the same s–t: going to the studio and really just trying to stay focused on what it is I started. I might go to the studio tonight. That's just my regimen. It ain't even like I'm trying to beat this record or anything, this is just something I like doing. I don't really see too much bad in continuing to do it.

Were you most surprised about debuting No. 1 on the Billboard 200 or moving over 100K units your opening week?

Last year, you came out as a guest during Juice WRLD's set at Coachella. This year, you're on the lineup. How excited are you to have leveled up so quickly and to find your name on the bill?

Going to Coachella and being a part of the lineup this year, it kind of let me know that we're on the right track. For being a part of this year's Coachella, I just really want to present my music. I want a different crowd to visualize my music and really see what it's about, because I know everybody that's at Coachella don't really know who I am, though a lot of people will. I kind of want to take this opportunity of being on the stage to expand people's knowledge visually about what my music represents. I really want them to be able to see it. I want them to touch it, taste it, and see everything that I got going on. I'll probably do that through heavy production. That's what I want to really be about.

Where were you when you find out you were nominated for three Grammys?

I was in the studio. It was like six in the morning and I was recording. Diddy's son [Christian Combs] was in there with me. We were just chopping it up and he actually witnessed me getting being nominated for my first few Grammys. He was just like, “It's crazy just to be a part of this and to see it unfold. It's really real and random as f–k to be with you at this point.” At the same time, he be in Miami or New York. He be in L.A. too, but whenever we link up, it would be just on some random s–t just to kick it. It was just a great moment.

Being that you're nominated for Nipsey's "Racks in the Middle," if you could have a conversation with him right now, what would you tell him?

There's really a lot of days that go by where I think about having conversations with him. It wouldn't be just Grammy s–t. The Grammys — you appreciate the Recording Academy for nominating you and showing you love — but if I could have a conversation with him now, no offense, it wouldn't be about us being nominated. It would really be about real life s–t and what I'm going through. It would come up in the conversation, but there would be more stuff that I'd really wanna ask him or talk to him about.

In his years of being with us, you could have gone to him for anything. If you were one of the little homies that he decided to take under his wing or nurture and guide, you can call him. He might not answer sometimes, but he'd call you back and just give you the real. Regardless if you're right, he'd give you perspective on things and that's definitely just one thing that I miss, as far as conversations go when it comes to him.

grammy nominated in the studio shedding tears, all this money power fame but i can’t make u reappear —@NipseyHussle

For the initial tracklist, you had a hidden guest feature for "Antisocial", but the track didn't make the album. Who was the feature?

I'm still working on it. [Laughs.] It's still a work in progress. I feel like my work ain't done as far as the album, as far as us continuing to grow and giving the fans something different from what they've already experienced. I feel like that's one thing that I take into consideration every time I make music or make a move, I kind of want to be somebody that thinks s–t through. I want to make people think about certain things or have them ask the question of “why.” I just want to always keep the people wondering.

We're going to feed the streets again. I mean, we're just going to continue to be great, and continue to strive for the best s–t that we can. It takes a lot for me to be excited.