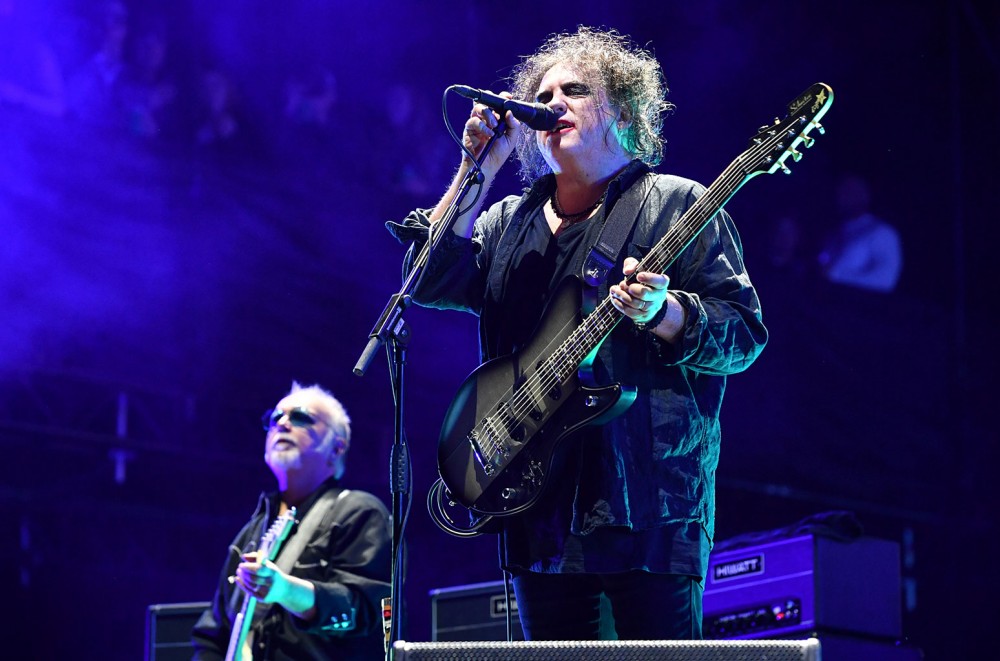 He really means it, man.

He's said it before, but this time he really means it: a new Cure album is coming out this year. On the red carpet at Wednesday night's (Feb. 12) 2020 NME Awards, the long-running goth pop icon's leader, Robert Smith, confirmed that the long-awaited follow-up to 2008's 4:13 Dream album is practically done.

“The first one will definitely be out soon, we’re wrapping it up now and it’s going to be mixed," said Smith, who didn't reveal the title of the upcoming album or a specific release date as he cradled the middle-finger-popping NME award for best festival headliner. "But until it’s completed, no one will believe me. I look forward to it coming out more than anyone else, trust me!”

Smith has hinted before that there might be more than one release in the offing, joking, "You're lucky to get one the way I'm working… there's only really two, the thrid thing is just me, it's literally just an album of noise." Asked one last time to swear to the album definitely, absolutely coming out this year, Smith chuckled, "No! I'm too old to commit to idiot things like that, wait and see."

Almost a year ago Smith first revealed that the band's first album in more than a decade was done, again offering very little detail other than saying that "we cover different styles of music, but because it's us doing it, it sounds like us."

Watch Smith talking about the group's run of 2019 festival gigs and the new album below.