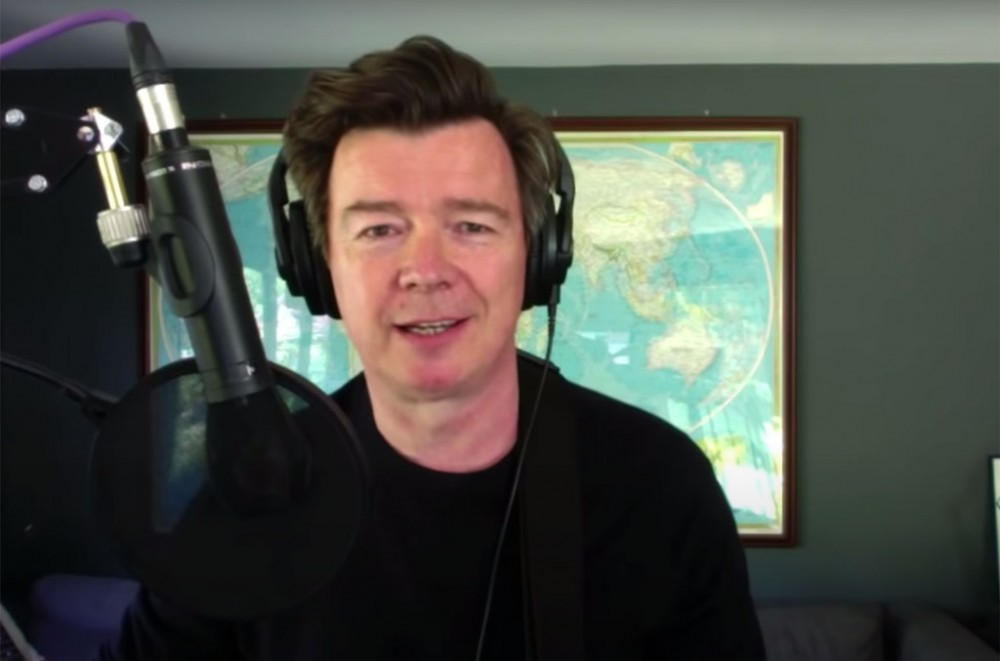 Nope, this is not a rickroll. Rick Astley has decided to record and share his own cover of the Foo Fighters’ 2007 hit “Everlong” as the world continues to grapple with the coronavirus pandemic and racial injustice.

“Sometimes, you just have to find a song that will lift your spirits and put you in another place. I’ve been doing that a lot recently with music,” the ’80s pop star, known for his hit “Never Gonna Give You Up,” said in a video uploaded on June 18. “One of the bands I always go to, believe it or not, is Foo Fighters.”

The 54-year-old, armed with nothing more than his acoustic guitar in his London studio, then launched into the Foo Fighters’ tune. Though he kept the first half of the tune pretty mellow, the singer let his inner rock star shine during the second chorus by punching up the tune with some serious power. Not long after, he rocked out on the guitar and yelled “Help me out!” as he continued.

Astley is no stranger to the Foo Fighters, and especially “Everlong.” He previously did a version of the song for charity in 2016, and covered it live during a 2018 Detroit concert.

The Foo Fighters and Astley met at Japan’s Summer Sonic festival in 2017, which the rock band was headlining. During their set, the ’80s icon and ’00s meme joined the band for their cover of “Never Gonna Give You Up.” Since then, the Foo Fighters have rickrolled another audience: They kicked off a song during a 2019 concert with what sounded like a Nirvana riff, only to have it evolve into the decades old hit with Astley joining them on stage.

Though Astley and the band have rickrolled live audiences together, they have yet to collaborate on music. The pop star has said he’d certainly like to, but doubts it’ll happen.