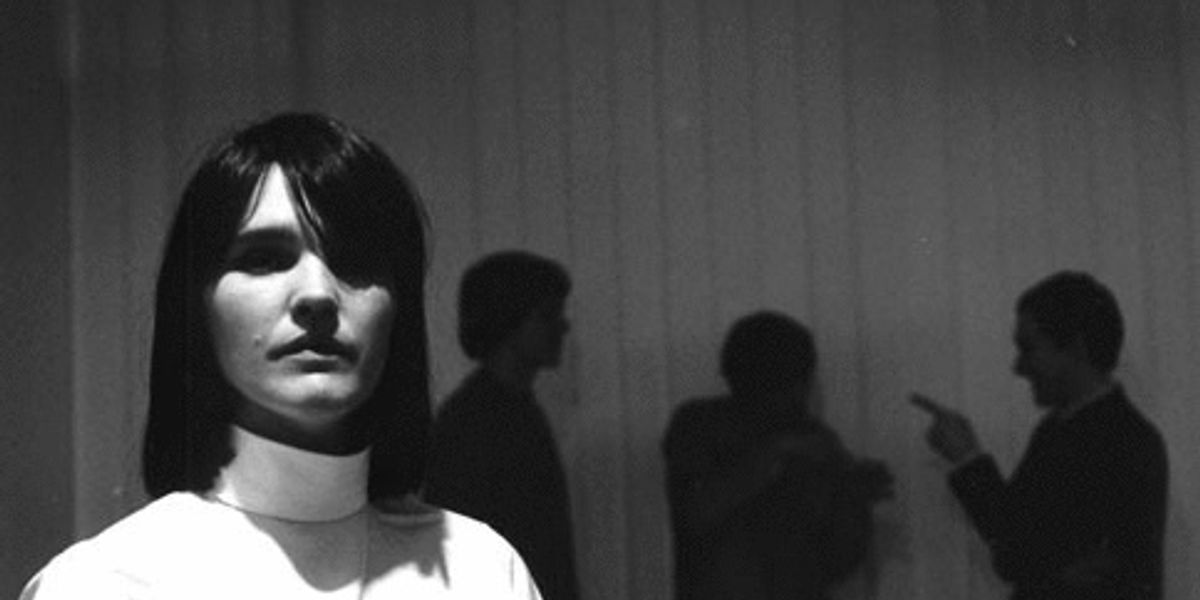 Keenan made a name for herself as the lead vocalist of the British electronic band Broadcast, who formed in 1995 and released three proper studio albums; The Noise Made by People, Haha Sound, and their masterpiece, Tender Buttons. But the band’s career was cut unfairly short. During an Australian tour just before Christmas 2010, Keenan contracted the swine flu and died about one month later due to complications with pneumonia. She was 42.

“This is an untimely tragic loss and we will miss Trish dearly,” read a statement by Broadcast’s label, Warp. “A unique voice, an extraordinary talent and a beautiful human being.” Musicians such as the Decemberists’ Colin Meloy and Blur’s Graham Coxon remembered the singer on social media.

Rest assured, however, that Keenan would leave behind a lasting memory, as she was known for sending CDs of music and DVDs of TV shows and movies she loved to her friends. Shortly after her death, a link was shared on Twitter of a mix Keenan had made for a friend just before leaving for that Australian tour, titled “Trish’s Mind-Bending Motorway Mix.” It’s full of idiosyncratic psychedelia, folk, and indigenous music—an array of influences that’s just as transfixing as the sounds of Broadcast.

Broadcast may have primarily been an electronic band, but there were still plenty of organic qualities to the band’s sound. Their earlier releases were veiled with a sort of space-age escapism, blending traditional pop hooks with a sweeping, orchestral backdrop. In a very literal example, Keenan charms her subject into running away with her on early single “Come On Let’s Go.” It reads as a sweet ode to companionship on the surface, but knowing Keenan, her references to imposters and changing surroundings (“It’s hard to tell who’s real in here”) come with esoteric undertones.

Among Keenan’s interests were creative writing—which she studied at Birmingham University—and the occult, both of which have contributed to Broadcast’s music, especially on Tender Buttons. The band’s third album saw them largely expand on the ’60s influences of their first album: “We needed to do something that was more us,” Keenan said during the album’s release cycle.

Tender Buttons, with its instantly-recognizable cover portrait of Keenan, was Broadcast at their best. It seamlessly dances between the folksy and psychedelic influences the singer so proudly loved, and though the album has largely been lumped into the “dream pop” category, it stands as a singular example of experimental pop. Tracks like “Black Cat” and “America’s Boy” juxtapose Keenan’s lilting soprano vocals with abrasive, glitching synths, while the album’s centerpiece “Tears in the Typing Pool” is a spare acoustic ballad powerful enough to conjure tears on its own. The album carries an even heavier weight considering Keenan wrote it while her father was dying of cancer.

Another contributor to Keenan’s mysticality was her stage presence. Early on, she suffered from stage fright, which lent itself to an introverted demeanor. However, even as Keenan became more confident on stage, she carried herself with a mysterious, otherworldly persona. She often wore all-white outfits and stood in front of a projector, blending in among trippy visuals—like a science-fiction character from another world.

Today, even nearly a decade after Keenan’s death, Broadcast has maintained a cult following among younger generations. Tyler, the Creator is a self-proclaimed Broadcast fan, which checks out considering the ominous aesthetics of his releases with hip-hop collective Odd Future, as well as his early solo material. Gen-Z pop phenom Clairo has also noted Keenan’s impact on her own work, saying: “What I loved about Trish was the eerie twist that came with her music.”

Before Keenan died, she recorded a video with a Super 8 camera at Birmingham’s Moseley Folks and Arts Festival. The short clip splices together footage of festival attendees smiling and spending time with friends. Though much of Broadcast’s work carried a dark, haunting ambience, the video emphasizes the power of bringing people together through music. Even today, Keenan’s music is still doing just that.