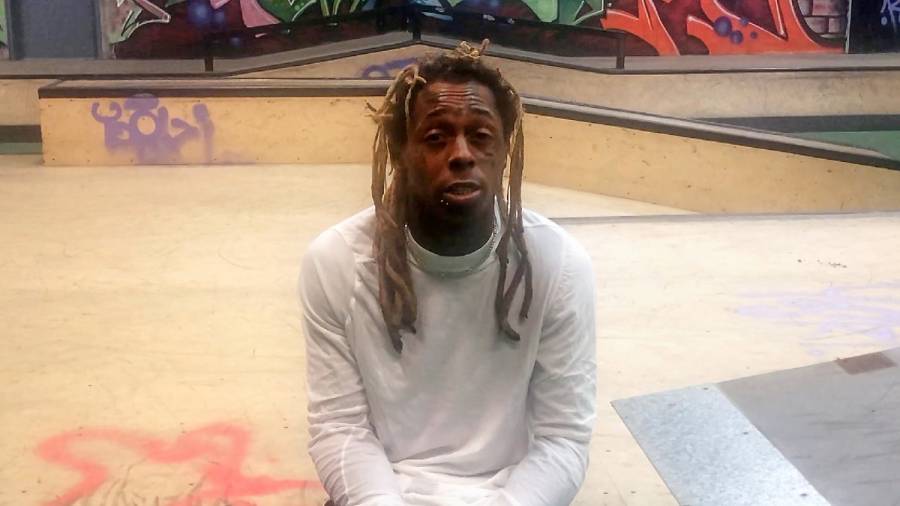 While hanging out with his oldest child Reginae Carter on Tuesday (June 23), the Funeral rapper posed for a rare photo with all three sons. Fans got an updated look at Kam, his son with actress Lauren London, Neal, his son with singer Nivea and his son with media personality Sarah Bellew, Dwayne Jr.

Currently, Neal and Dwayne Jr. (who goes by Tuney) live in Atlanta with their respective moms, while Kam is out in Los Angeles with Lauren. Reginae lives in Atlanta as well, and Wayne resides in Miami.

Wayne recently made things official with plus-size model Denise Bidot and let the world know by giving her the coveted Instagram treatment. Sharing one of Bidot’s Instagram Story selfies she’d captioned with “His,” Tunechi completed the phrase with “All” in his caption.

The new relationship follows his split with another plus-size model, La’Tecia Thomas. The pair reportedly ended their engagement earlier this year, shortly before he began dating Bidot. She didn’t appear to be phased by news of the new relationship, however, continuing to promote her makeup line on her Instagram page and not make mention of her ex’s moves.

The New Orleans native was previously engaged to Arizona-based waitress Dhea Sodano in 2011, and married to Reginae’s mom Antonia “Toya” Carter from 2004 to 2006.