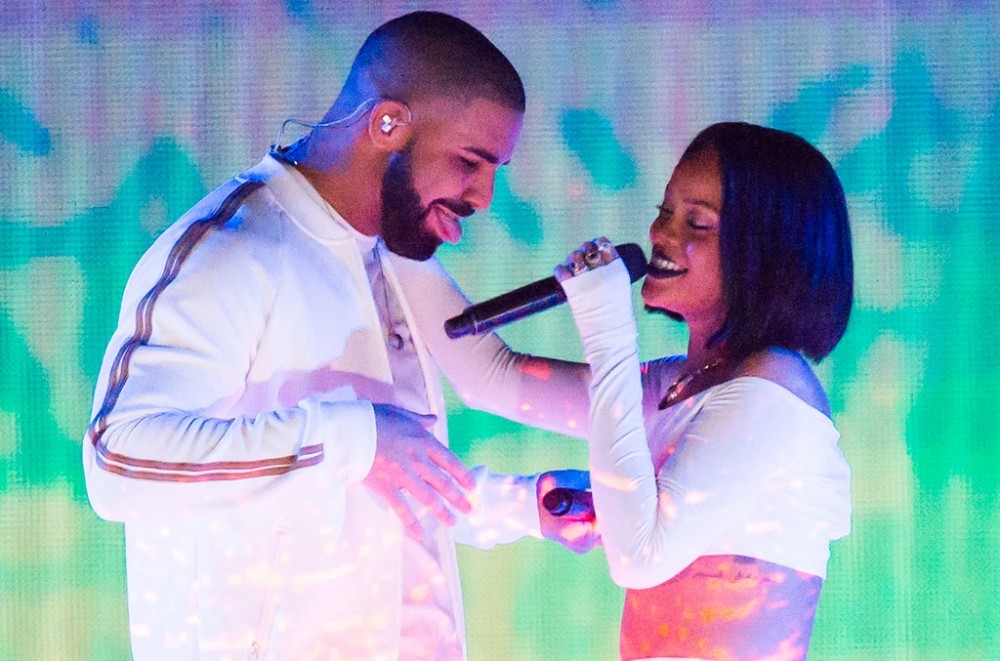 Rihanna and Drake found love in a hopeless place…kind of.

It’s no secret that the duo has history, and Drizzy has often expressed his undying love for Bad Gal RiRi (remember his speech at the 2016 VMAs?). Though it’s been years since they’ve been linked romantically, they sent fans into a frenzy when they started interacting on an Instagram Live comment section of all places.

Both Rihanna and Drake tuned into DJ Spade’s IG livestream on Wednesday (March 25), and when the “No Guidance” rapper noticed his former flame, he started playfully trolling her.

“Robyn you can’t buy him A one hot spot?” he commented, teasing about the stream’s poor connection. He then turned over to the songstress’ beauty brand, Fenty: “DUB PLATE CAME PRETTY LIKE A FENTY FOUNDATION.”

Drake then hopped on the Navy’s bandwagon, begging the star to release her much-anticipated album. “Rihanna drop R12 right now,” he wrote.

RiRi noticed, and gave one of her hilariously snarky responses. “Give drake some water,” she responded, which prompted Drake to jokingly call out her “bad attitude.”