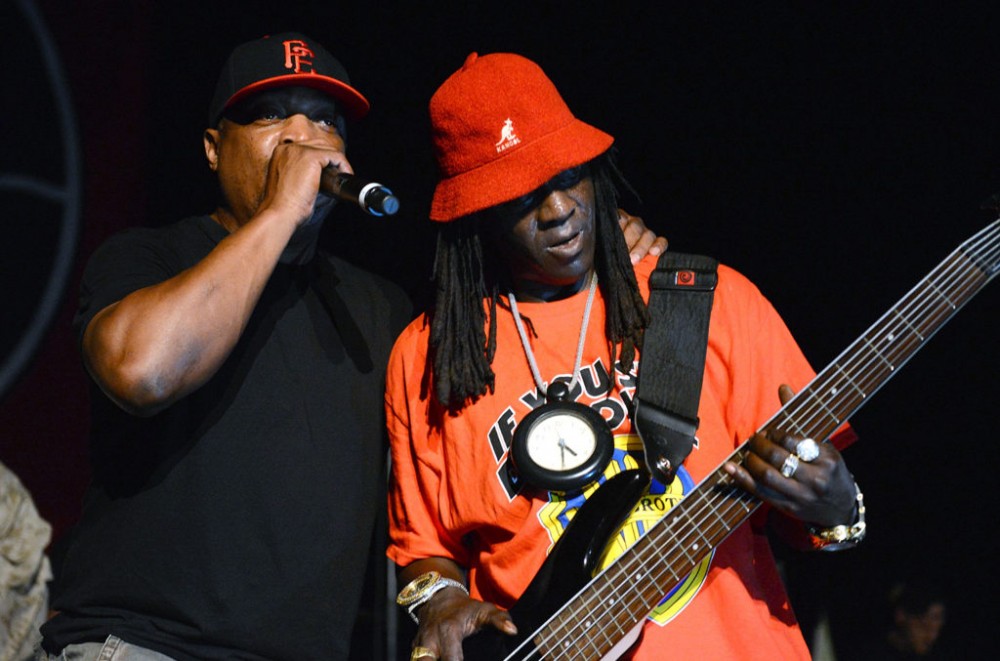 Chuck D sat down with Talib Kweli and People’s’ Party to talk about the messy fiasco, which stemmed from Flavor’s reps issuing a cease and desist letter to Bernie Sanders’ campaign following news that Chuck would perform at his rally.

“Flavor don’t know the difference between Bernie Sanders, Barry Sanders or Colonel Sanders,” he joked, before adding, “We already talked about this beforehand. Public Enemy Radio went up, his lawyer sent a cease and desist, I’m like, ‘Good move.’ Then, publicly, I’m like, ‘Man, you don’t sue me again.’ He ain’t suing me. But I can say it!”

“I’m not saying it’s a hoax. I’m saying the original intention was to get your attention,” Chuck D concluded.

When Kewli noted that Flavor said he can’t be fired, Chuck agreed. “He can’t, he’s a partner.”

He went on to reveal that the non-feuding duo, on the contrary, have music in the works. The upcoming album’s lead single, “Food as a Machine Gun,” is arriving on April 1.

“It has the chance to be probably the most significant hip-hop record of our time,” Chuck proclaimed.