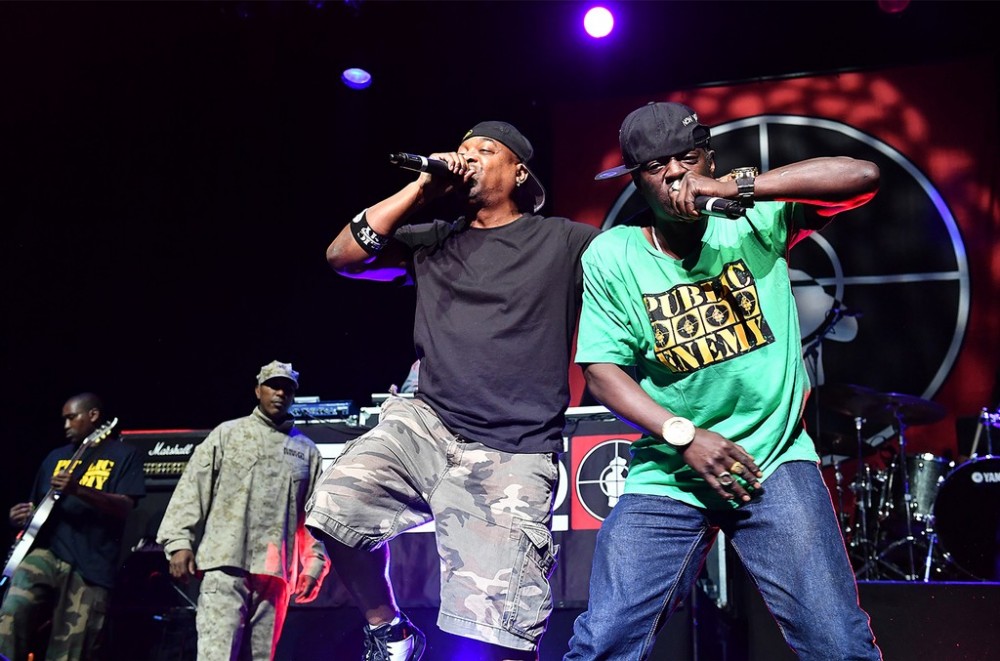 Public Enemy has returned with a fiery new protest song called “State of the Union (STFU).”

The iconic hip-hop group commemorated Juneteenth on Friday (June 19) by dropping the explosive anti-Trump song and accompanying video, which features recent footage from nationwide protests in response to the killings of George Floyd and Rayshard Brooks.

“Our collective voices keep getting louder. The rest of the planet is on our side. But it’s not enough to talk about change. You have to show up and demand change,” frontman Chuck D said in a statement. “Folks gotta vote like their lives depend on it, ‘cause it does.”

Produced by DJ Premier, the fiery “State of the Union (STFU)” finds Chuck D and Flavor Flav clearly stating their distaste for the current White House administration while also commenting on police brutality against Black Americans.

“Here’s another scare/ Keep them hands in the air/ Better not breathe/ You dare not dare,” Chuck D raps in the three-minute song.

“State of the Union (STFU)” is available as a free download on Public Enemy’s website and can be streamed on major music streaming services. Watch the video below.