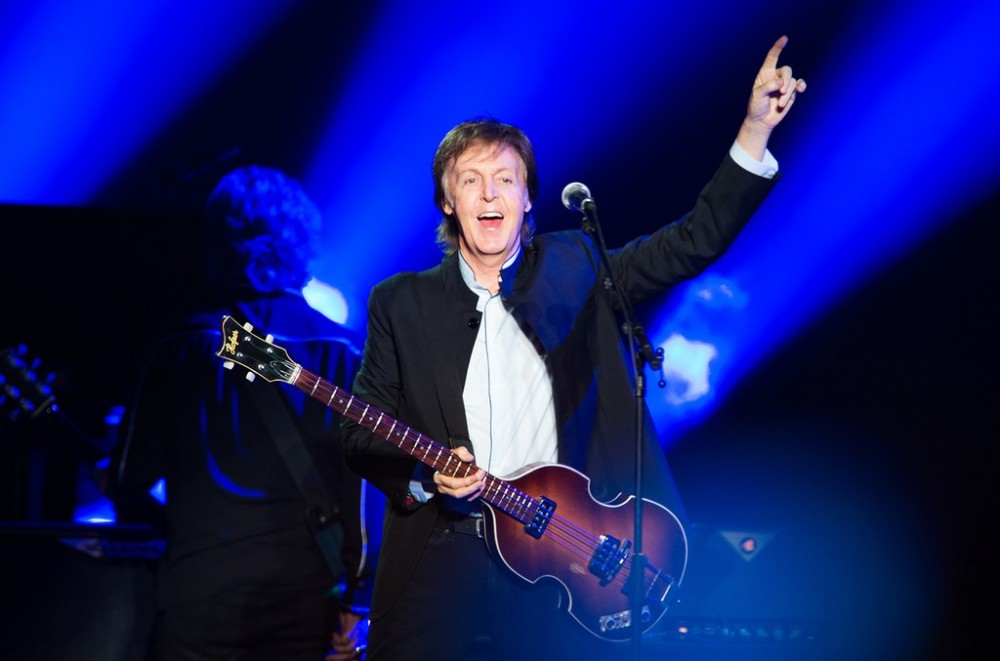 Among the performances was archival footage of the Dave Matthews Band doing “Ants Marching” with the legendary Preservation Hall band, as well as a newly-recorded, socially-distanced version of “That Girl is You” with the band’s horn and rhythm section backing up Matthews.

The Hall’s creative director, Ben Jaffe, hosted the livestream, which included chats with the performers about the impact of the COVID-19 lockdown, as well as their enduring love for New Orleans music and the legacy of the Preservation Hall band.

The Foos Fighters’ Grohl played the Pres. Halls’ hometown anthem “Come With Me” and returned later for a solo acoustic “Best of You,” as well as the previously recorded “In the Clear,” which was tracked for the Foos’ 2014 Sonic Highways project.

Among the socially-distanced bits were Costello performing “The River in Reverse,” James doing “Wonderful (The Way I Feel)” and the whole thing wrapping up with an all-star performance of “When the Saints Go Marching In” headlined by McCartney (on trumpet), joined by Grohl, Matthews, Rateliff, Irma Thomas, James and more.

The stream also included pop-ins from comedian Amy Schumer, Jude Law and Jon Batiste, among others.

Watch the stream here and check out the performance of “When the Saints” below.