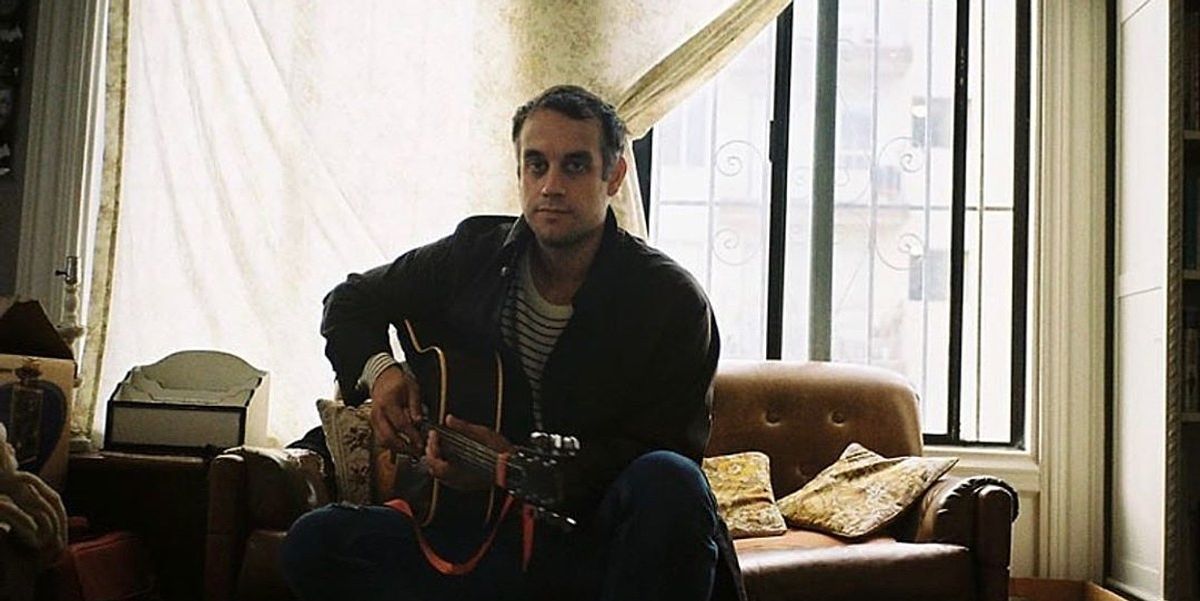 “I hope you feel nothing but peace now my brother,” White’s Girls bandmate, Christopher Owens, wrote in a tweet last night. “I love you, and thank you for believing in me, and for what you brought to the table. Always and Forever, and I’ll always be proud of you.”

💔
I hope you feel nothing but peace now my brother. I love you, and thank you for believing in me, and for what you… https://t.co/c11crecPjp

White reportedly died after his heart stopped in the middle of the night. No more details are available at the time of writing this article.

Growing up in Santa Cruz, California, White spent his teen years cutting his teeth in the local Bay Area punk scene, playing in a country punk band called the Willies at just 13 years old and recording music in his family’s garage. With aspirations of working behind the scenes in the music industry, White moved to San Francisco and earned a degree in recording engineering from the now-defunct California Recording Institute.

Meanwhile, Owens was performing with the band Holy Sh*t, a project then between Ariel Pink and Matt Fishbeck. The latter introduced Owens to White, with whom he would form the band Girls in 2007. White played bass guitar and produced the band’s material.

Though their connection to indie veteran Ariel Pink caused a swarm of early buzz, Girls’ 2009 debut album—simply titled Album—proved the new duo could stand on their own. Album posited Girls as surf-rock and indie-pop revivalists, blending the sublime melodies of Pet Sounds with a sort of lo-fi grit that harked back to Owens and White’s punk roots. Their sound felt at once familiar, yet fresh among the slew of late-2000s indie that similarly received critical acclaim.

Album opens with “Lust for Life,” which remains Girls’ most popular song to date. Backed by an infectious guitar jangle and bluesy vocal harmonies, the track depicts innocent, idyllic imagery with a sort of ironic gloom: “Oh, I wish I had a suntan / I wish I had a pizza and a bottle of wine / I wish I had a beach house / And we could make a big fire every night,” Owens sings, before taking a sharp 180 in the pre-chorus. “Instead I’m just crazy / I’m totally mad / Yeah, I’m just crazy / I’m f*cked in the head.” This was a typical formula for Girls, who manipulated these blissful atmospheres to evoke a heartbreaking gloom.

With Owens as the band’s primary songwriter, the music of Girls drew from his tumultuous experiences growing up in a fundamentalist cult and using hard drugs in his adult years. “JR was maybe the one straight guy friend I had, in my really close group of friends,” Owens recalled last year. “[He] was sort of our protector. A very quiet guy, I didn’t know much about him.”

After releasing another EP and album (Father, Son, Holy Ghost), Owens left Girls in 2012 in a decision that seemed sudden to fans. However, White said in a rare interview that the band’s dissolution didn’t come as a surprise. “Of course I expected it,” White told Paste in 2013. “I knew Chris better than anyone and we spent nearly every day together for two years. I knew what his ambitions were. And, when we stopped really talking during the recording of Father, Son, Holy Ghost, I knew it could be coming soon.”

Though White rarely spoke in interviews and maintained a low profile throughout the evolution of Girls, his passion for production was evident. “I do like making music, but at some point I realized that I like producing better,” he said in the same Paste interview. “I really do like to help people realize their music as they imagine it, or being another set of ears to help them realize something that they haven’t thought about. It’s a really interesting way to be a part of music and art, almost the sneaky, backdoor way of being in a band.”

As much as the songwriting and instrumentation of Girls propelled the band to cult favorite status, White’s production gave their work its beloved nostalgic appeal. Heavily inspired by groups of the ’60s and ’70s, Album and Father, Son, Holy Ghost both maintain a sort of lo-fi, imperfect quality without ever compromising their rich sound. If it hadn’t been for White’s finishing touches, Girls likely wouldn’t have had the same aura of romanticization that made them one of the best bands of their era.

Post-Girls, White engineered Cass McCombs’ 2013 album Big Wheel And Others, as well as produced Tobias Jesso Jr.’s debut Goon and the Spectrals’ Sob Story. He also worked on an album by surf-rock band DIIV that was reportedly scrapped. Though it seemed highly unlikely from the get-go that Girls would ever make a reunion, it’s heartbreaking to know that it’s now impossible. Rest in peace.