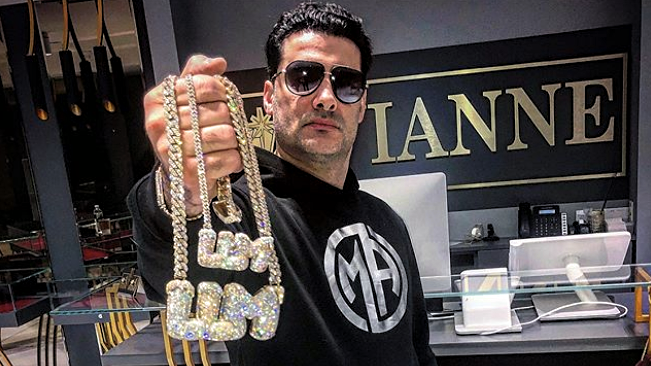 According to a press release from the Queens County District Attorney, Anne — real name Yosef Aranbayev — has been charged with attempted second-degree murder as a hate crime and that’s not all.

District Attorney Melinda Katz said in the press release, “Public streets belong to everyone – and it offends the public conscience to think that someone believes they have the right to chase down and shoot at anyone because they’re not from the neighborhood. This could have ended with someone being killed. The defendant is accused of being a vigilante hell-bent on clearing his neighborhood of the two black men who drove through.”

On June 6, a police cruiser stopped by a traffic light saw a black Chevy Tahoe speeding toward him on the wrong side of the road. The driver pulled up beside officers and told them someone was following them in a black Dodge Durango. The driver also claimed the driver of the Durango, Anne, had fired a gunshot at them.

The Durango was ultimately pulled over and upon contact, Anne reportedly told officers, “Those guys were in my neighborhood. I’m sorry, officer. I didn’t do anything wrong. They were scouting my whole neighborhood the whole day … I was chasing those guys. We’re chasing them out of our neighborhood.”

Judge Eugene Guarino held Anne on $50,000 bond/$25,000 cash bail and ordered him to return to court on September 15. If convicted, the faces between eight and 25 years in prison.

Preciate my bro @bluefacebleedem for giving myself and the @annejewelers family the opportunity to use our creativity and create the worlds first CryptoNite Collar bandana 💯✔️ . . . #AVIANNE #InAnneWeTrust #BlueFaceBleedEm #CryptoNite

Anne’s attorney Gregory Bitterman told the New York Daily News he believes the hate crime charges were added to gain news attention. Bitterman is adamant the incident “had nothing to do with racism or hate.”

The defendant’s sister-in-law added the allegations are ridiculous.

“Hate crime? His wife is black,” she said. “They have four kids and have been together for over 20 years. He’s a jeweler, his clients are black! What they’re saying, it’s just nonsense. There were two cars. There was two black guys and there was another car with an Israeli gangster. He didn’t know what they had in that car.”

Last August, Anne’s W. 47th St. store was robbed gunpoint by two well-dressed thieves, who got away with roughly $4 million in goods. Jaysean Sutton and Pedro Davila were later arrested for the crime.