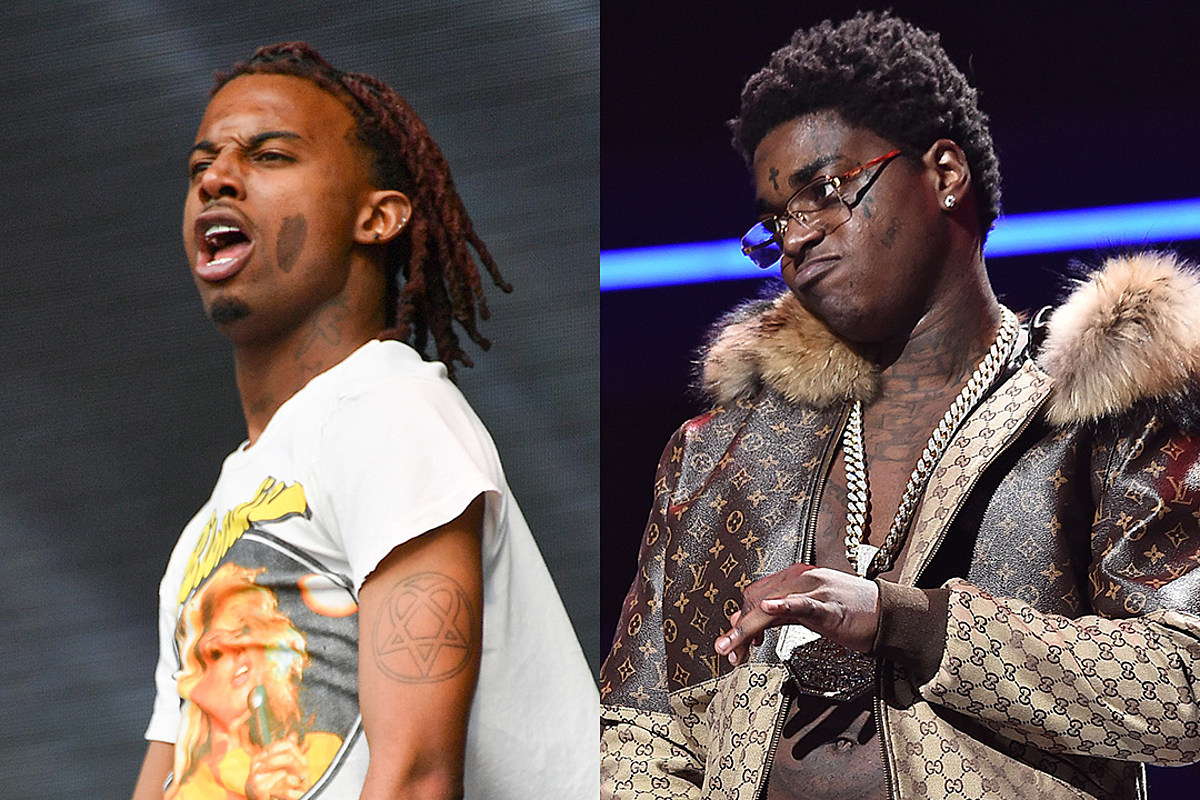 Kodak Black has been behind bars for over a year on federal firearms charges and fans are loudly acknowledging that he has released a new album ahead of another rhymer who has been promising to do so for some time now.

At midnight on Wednesday (Nov. 11), Project Baby, who is serving a nearly four-year prison sentence for making false written statements when trying to buy a gun last year, released his latest effort Bill Israel. Many fans are praising the Florida rapper for delivering new music despite his current incarceration. Others are questioning why Playboi Carti has yet to offer Whole Lotta Red.

And of course, folks on social media were quick to call Carti out about it.

"Kodak dropping while he locked up reminded me to say FUCK Playboi Carti. Biggest disappointment in the game," one person tweeted.

Another said, "Kodak Black just dropped an album from jail so nigga wtf is your excuse??? @playboicarti."

Echoing the other social media users' sentiments, a third person wrote, "@playboicarti
Kodak behind bars dropping an album before WLR ?."

Kodak Black's new album was teased online prior to its arrival. The effort contains 11 tracks in total and appearances from Gucci Mane, Tory Lanez, Lil Yachty and the former 2016 XXL Freshman's Sniper Gang affiliate Jackboy. This is Kodak's first album since he released Dying to Live in 2018.

As for Playboi Carti's Whole Lotta Red, fans are still playing the waiting game. Carti's ex-girlfriend and the mother of his child, Iggy Azalea, spoke on the hopefully forthcoming album back in September. However, she didn't have very many details at the time.

"I can't tell you when Whole Lotta Red is dropping. That's a secret, you know? I could never tell his secrets," she said.

Supporters of the Atlanta artist have been waiting for WLR since July of 2019 when Carti told fans during a concert in Milwaukee, Wis. that he'd be releasing his sophomore album within the next two months.

Needless to say, it never happened. Carti did drop "@ Meh" back in April, but there was no other music to follow.

In any event, see more fans call out the fact that Kodak Black released a new album while in jail and Playboi Carti's Whole Lotta Red is still missing in action.