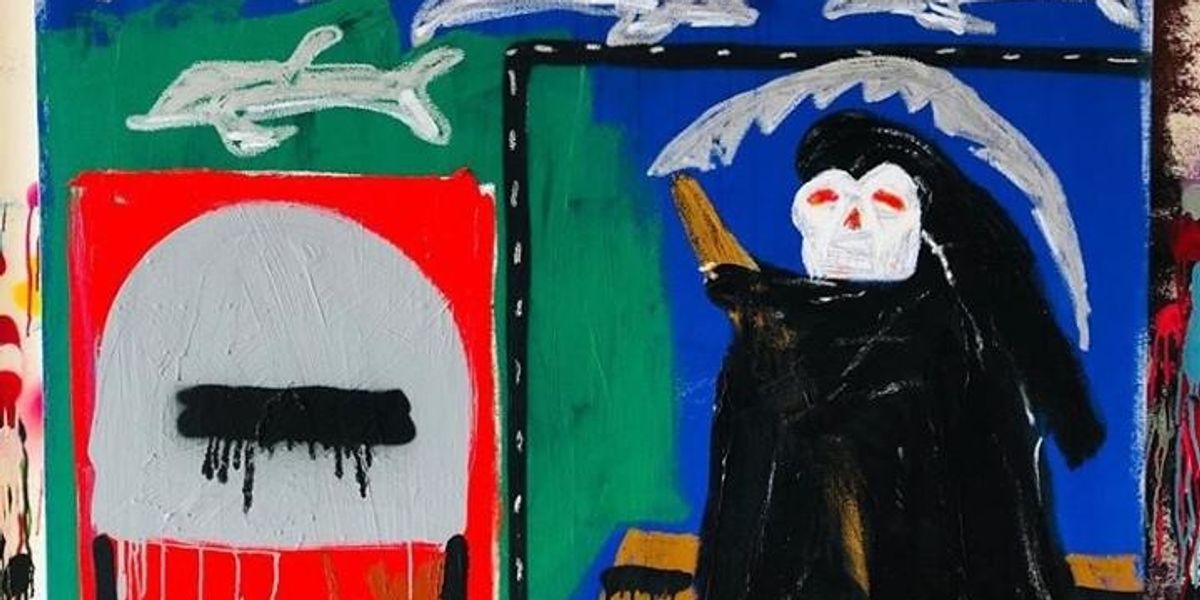 In the 2011 music video for “Brunch,” Action Bronson transports a woman’s corpse to his lakehouse, hoping to dispose of it off the side of his boat. While en route, he pulls off the side of the highway and stabs her a few more times to make sure she’s dead. “I thought I took care of this f*cking *unt,” he says.

The track itself isn’t nearly as menacing. Dr. Lectar’s jazzy instrumental is hushed and inviting. Bronson speaks over it conversationally, detailing how he crafted a bacon and bleu cheese salad while getting head and how he “slices and dices the mic like the yakuza.”

The contrast between the two Bronson’s was drastic and sometimes crude but always unique enough to warrant a conversation. His rapping was eloquent, his backstory as a gourmet chef-turned-emcee compelling, and his wordplay nimble and devoid of any fluff. As the years have gone on, he’s relaxed on his serial killer aesthetic and has practically turned into a walking reality TV show, but for a good reason. His talent for translating unique taste in refined culture into bouts of braggadocious exuberance is perfect for hipster smoke sessions and cocktail parties alike.

In the past, he’s compared his team’s drug dealing talents to the might of Lithuanian strongman Žydrūnas Savickas. He’s detailed the recipe for laced swordfish and listed off the makings of a wild greens salad ( “Gypsy Salami cheese is from the cave”) he just made as he parties off the coast of Portugal’s Pico Island.

On Only for Dolphins, his fifth studio album, the Queens-emcee cites the 12-track offering as being “music for dolphins” and later elaborated by comparing the aquatic mammals to “five-tool” baseball players:

“The only people who understand me are those five-tool players, those higher beings who are on the same telepathic wave as me.”

Bronson’s lyrical bravado is often like an episode of Rick & Morty: You often don’t know where you’re going, but the adventure along the way is fun, and somehow all the pieces make sense in the end.

With help from his reliable regime of producers that include The Alchemist, Harry Fraud, and DJ Muggs, Only for Dolphins dabbles in lovers rock, Russian funk, and Turkish psych. On “Cliff Hanger,” Bronson sways to a gentle reggae beat as waves crash around him. On “Latin Grammys,” he takes Idle Hands’s “Harlem River Drive” and uses it as a platform to flex his promiscuity and overall exotic lifestyle.

It’s hard to believe Bronson is currently doing any of the things he’s describing in his lyrics, but who cares? Lucid daydreams carry more weight in 2020. Bronson details a lifestyle that we can only dream of right now. “My phone blowin’ up ’cause I been missin’ for days / I’m just floatin’ through these waves, my torso covered in suede,” he raps on “Sergio.” He spills chardonnay on expensive rugs (“Golden Eye”) and refuses to let it ruin his mood. He shares drinks by the lakeside while getting so high that his head spins (“Vega”). He dives off yachts butt naked and skis butt naked (“Splash.”). He jumps into a jacuzzi with twelve different women (“Capoeira.) He revamps his ’92 Honda while Paulo Santo burns around him (“Marcus Aurelius.”)

Only for Dolphins is lush, tropical, and consumed by its wanderlust. It’s clear that Bronson’s taste in high art has come to define his multifaceted career. He is a legendary cook, a TV personality, an accomplished rapper, a best-selling author, but with everything on pause, he’s taken on the role of our chaperone.

“I made lives / Now it’s time to lay a vibe, you feel me?” Bronson asks on “Sergio.” On Only for Dolphins, Action Bronson transports us to sandy beaches and lets us share in his charcuterie plates. It’s a brief but rewarding record that serves as its own vacation.Only For Dolphins