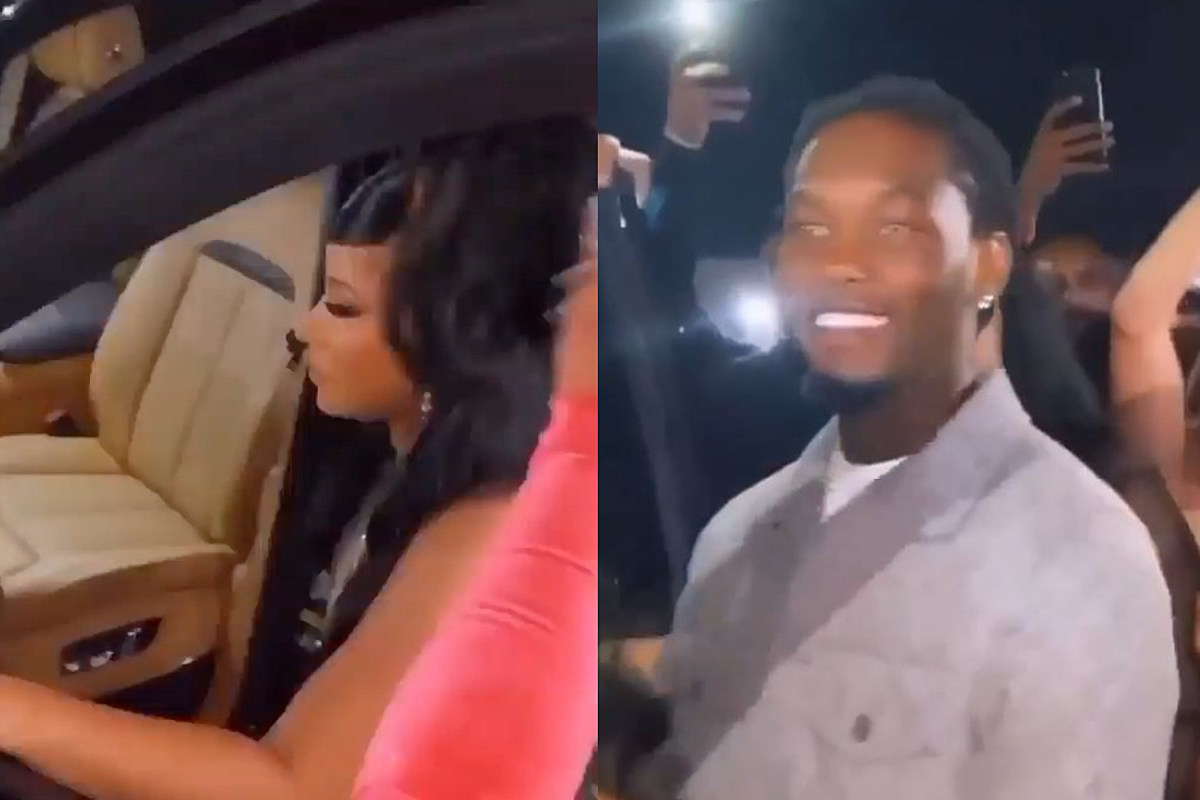 Cardi B and Offset's marriage seemed to be very much on the rocks only a month ago, but now it looks like they may be trying to work things out.

Bardi and Offset have been partying in Las Vegas all weekend for the Bronx rapper's 28th birthday, which is today (Oct. 11), and video from their turn up doesn't appear to show a couple on the cusp of divorce. One video shows the Migos member gifting Cardi a brand new Rolls Royce Cullinan in front of a large crowd. The new ride even features a custom double R baby seat for their daughter, Kulture. Cardi is clearly taken aback by the present. The crowd eggs her on as she twerks on the vehicle in excitement while they chant "take him back."

In another video, which Offset captured on his Instagram Story, Cardi, Offset and friends are posted up in a posh resort. A clearly buzzed Cardi can be seen twerking up a storm while Offset videos. In one clip, Cardi jumps off a step and lands on a waiting Offset who is laying on the ground ready to receive her humps. It looks like good times were had all around.

It was less than a month ago that Cardi filed for divorce and sought full custody of the couple's 2-year-old daughter. The "Wap" rapper later explained her reasoning for wanting the split on social media. "I just got tired of fucking arguing," she said. "I got tired of not seeing things eye to eye. When you feel like it's just not the same anymore, before you actually get cheated on, I'd rather just leave."

Since then, Offset has apparently been trying to get back in Cardi's good graces and Cardi has shown that she may be open to taking him back. He recently commented "I miss Mrs. Wap" on an Instagram post. He also bought Cardi multiple billboards in celebration of her birthday.