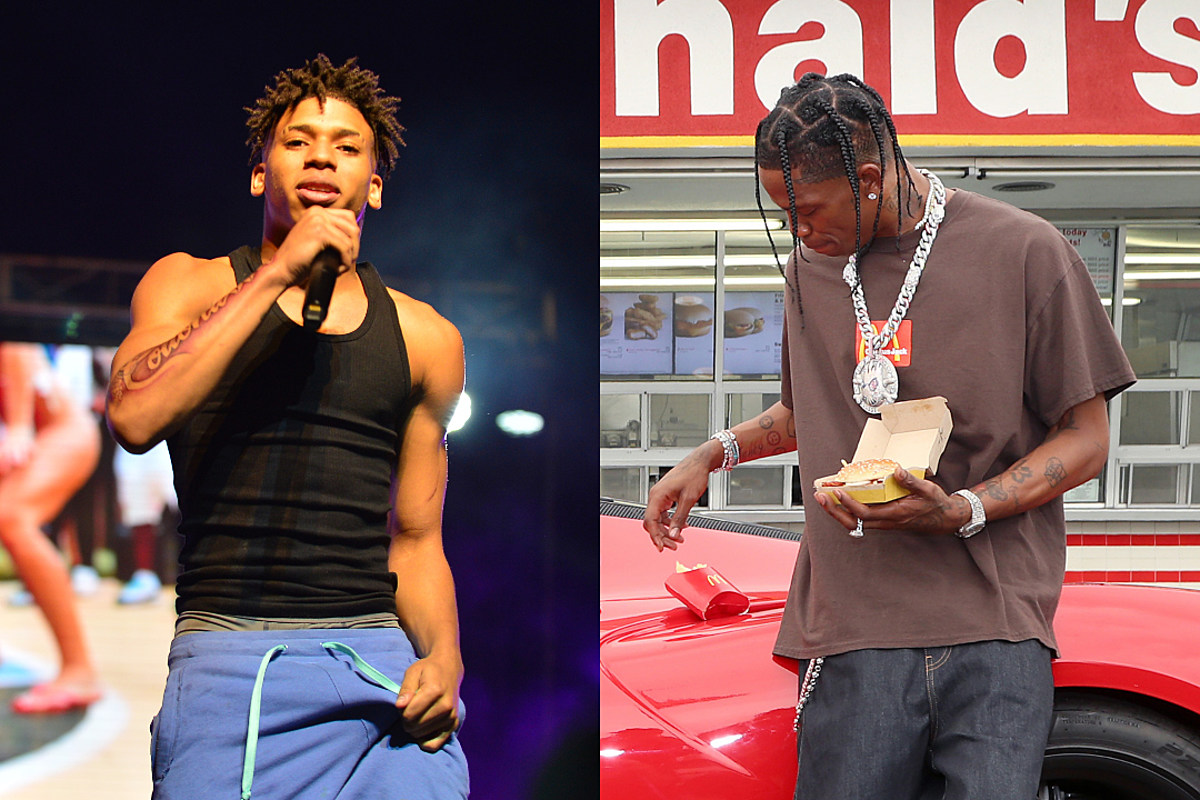 NLE Choppa has turned a new leaf, and he is urging his fans to adopt his new lifestyle, which includes abstaining from Travis Scott's new McDonald's burger.

Choppa has been sharing his journey to a better lifestyle for a few weeks. On Saturday (Sept. 12), the 2020 XXL Freshman delivered a stance on healthy eating. "Eat healthy man that food y’all eating can fucc with your mental too," he tweeted. He added, "Put them Travis Scott burgers down go to the farmers market go eat some vegetables eat plant based foods."

Choppa is seemingly responding to the craze generated over Travis Scott's new collaboration with Micky Ds, which includes menu items and a ton of merch. La Flame's new meal includes a Quarter Pounder with Cheese, three pieces of sizzling bacon, and crisp lettuce; medium World Famous Fries with BBQ Sauce to dip and a Sprite on the side, which is not exactly the most healthy choice.

NLE Choppa surprised many people when he announced he would no longer rap about violence back on Sept. 5. "Ion Rap Bout Violence Nomo. If You Hear It From Me It’s A Old Song," he posted on Twitter. "I Wanna Spread Positivity And Wake People Up. I’ll Still Drop Them For Y’all Tho But Just Know I’m On To Better I’m Tryna grow I Got More To Talk about Now."

The change in substance appears to be going along with a total life change for the Memphis rapper, who has been chronicling his voyage to a clean lifestyle and different mind state on social media.