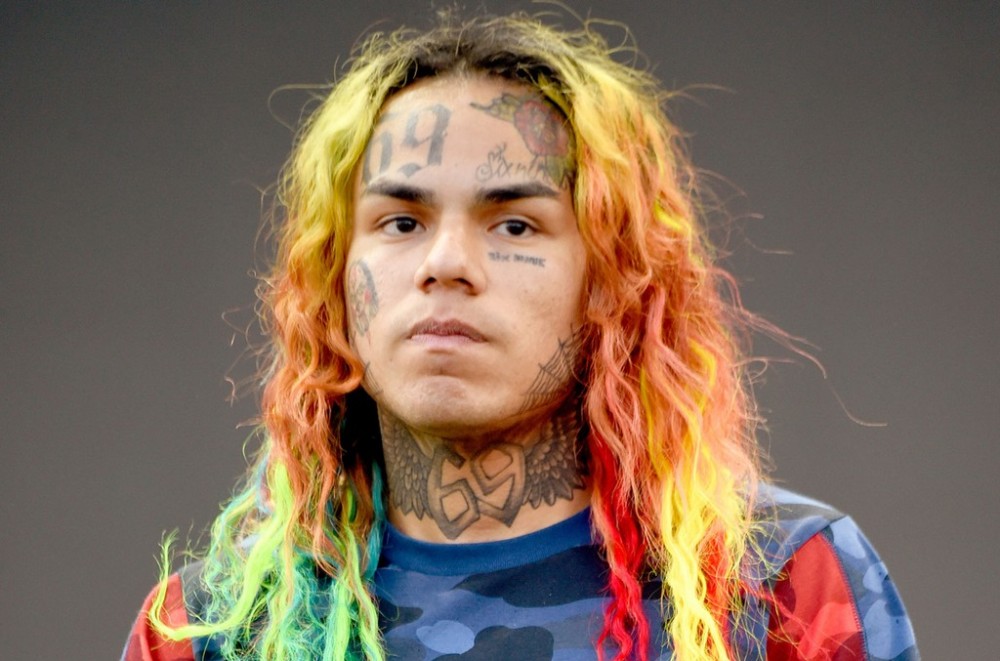 He knows you don’t like him, want to fight him.

Tekashi 6ix9ine and Nicki Minaj have zero time for the haters in the candy-colored video for their latest collaboration, “Trollz.” The song, whose release was delayed by a week due to the nationwide protests over the police-involved killing of George Floyd in Minneapolis, dropped Friday morning (June 12) and the visual is a feast for the eyes and a famine for anyone who thinks they can take either MC on.

“They get nervous when it’s Nicki on the roster/ Somebody ushered this n—a into a clinic/ My flow’s still sick, I ain’t talkin’ a pandemic,” Minaj raps in between shots of her twerking in a bubble bath in a rainbow-colored bikini and bouncing topless in digital pasties and ROYGBV hair. “I write my own lyrics, a lot of these b—-es gimmicks/They study Nicki style, now all of them want to mimic.”

The follow-up to Tekashi’s first song since leaving prison, “Gooba,” the new track is uncharacteristically sedate for the typically over-amped rapper. Over a laconic beat, 69’s first verse is a near-whisper before he unleashes on his detractors. “I know you don’t like me, you wanna fight me/ You don’t want no problems at your party, don’t invite me,” he spits in a more melodic take on his typical guttural flow (which, don’t worry, is back on the second verse). “I don’t worry ’bout you n—as, please stop talking about me/ Always talking ’bout me ’cause you looking for the clouty.”

The sequel to the dynamic duo’s “FEFE” single form 2018 finds them sharing cotton candy and a giant bowl of colorful cereal, amid scenes of Nicki pouring milk on 69’s head and Tekashi toting a giant cash stack and adjusting his ankle monitor. Nicki said on Instagram that “a portion of the proceeds from #Trollz including merch items, will be going directly to The Bail Project Inc. [@bailproject],” Nicki shared on Instagram. “The fund provides free bail assistance to low-income individuals who can’t afford to pay bail while awaiting their trial.”

Watch the “Trollz” video below.