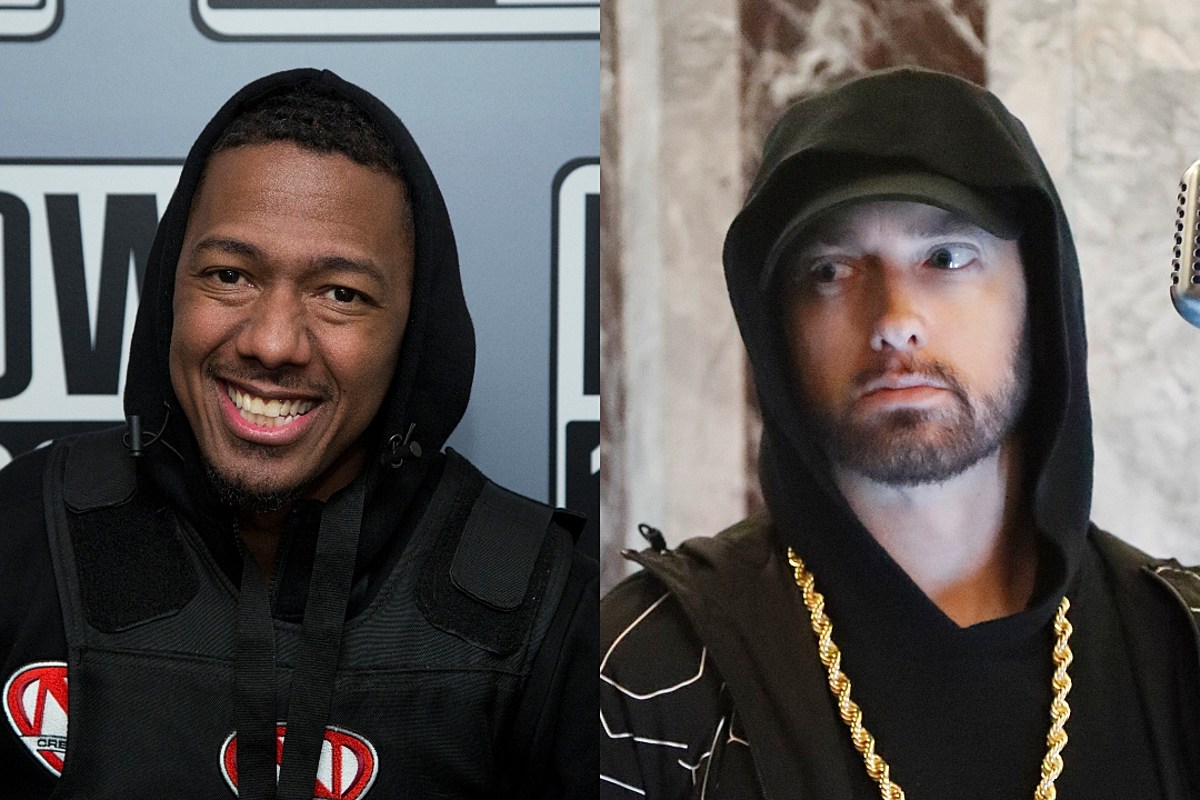 Nick Cannon wants to put an end to his issues with Eminem.

On Monday (Sept. 7), Nick chopped it up with Fat Joe for a long-form interview on Instagram. When the subject of Nick's known nemesis, Slim Shady, came up, the Wild'n Out creator admitted he would be willing to let bygones be bygones. "One day, hopefully, dude and I will get an opportunity to sit down, 'cause like I said, I do respect his ability," Nick said.

Joe said he would be willing to mediate the talk between Nick and Em. "If you can do it, man," Nick added. "I been trying to get…I done talked to Royce, we trying to really get it popping, 'cause I think at the end two men need to really have that conversation."

"While you at it, tell him to come…we'll set up an exclusive Wild'n Out Detroit," Nick added.

Em and Nick Cannon's beef is over a decade old and dates back to when Slim called out Nick and former wife Mariah Carey on the 2009 song "Bagpipes From Bagdad." Em reignited the beef in 2019 on the Fat Joe track "Lord Above" when he took shots at Cannon. Nick returned the vitriol with a series of diss tracks and even involved 50 Cent.

The beef was last addressed in April when Cannon said Em knows better than to speak on him. Since then, Nick has had another controversy to deal with, which he also addresses with Joey Crack.

Check out Fat Joe's entire interview with Nick Cannon below.