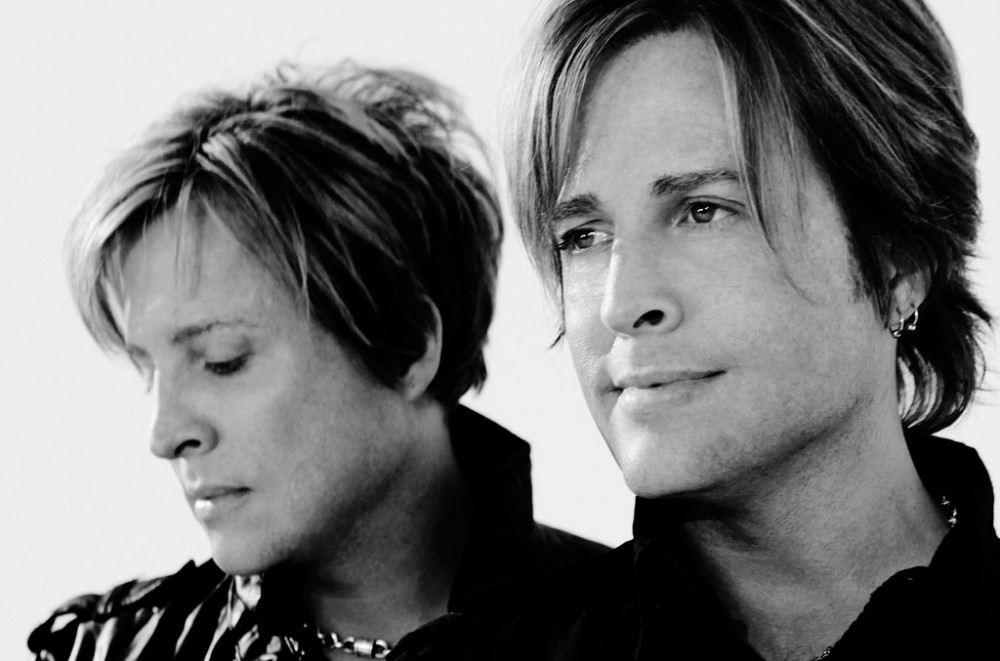 Nelson rocked the house like it was 1990 all over again for the band’s Billboard Live At-Home performance Thursday (June 25), which raised money for MusiCares and commemorated a very special day.

Twin brothers Matthew and Gunnar Nelson released their debut album After the Rain on June 26, 1990. One day before the official anniversary date, the duo turned back the clock and tuned their guitars to play their biggest hits.

“I promise you, we still rock now. We’re going to prove it!” Gunnar directly responded to a fan who commented on the livestream that “you guys rocked in the ’80s.” The two still sport longer blond hair, but nowhere near the length both ‘dos once were at the height of the twins’ career.

During their set, they performed their biggest hits: “More Than Ever,” Billboard Hot 100 No. 1 and debut single “(Can’t Live Without Your) Love and Affection,” and title track “After the Rain” for the half-hour set.

Performing in their purple-lit recording studio, Nelson teased what they’ve been recently mixing in there — a project titled First Born Sons. Gunnar described it as “a culmination of everything that we’ve learned and we’ve loved about music up until this point,” that in part honors the legacy and catalog of their late father, Ricky Nelson.

But when it comes to what song fans and cover bands love most from their music, the self-taught guitar players had to share one trick when playing “Love and Affection,” which Matthew also attributed to Gunnar’s stunted left pinkie finger from a childhood karate accident.

“People think that this was actually played on, like, a 12-string; it actually wasn’t,” Gunnar said, demystifying the performance technique. “We talked to our friends in the Eagles and Crosby, Stills & Nash, and they used to cheat a lot in a great way when they were making their records. One guitar was in Nashville tuning, which is a high-strung guitar, and someone would play that guitar in a different position. Then the second guitar, which was tuned down lower. And so Matthew and I did that with ‘Love and Affection.'”

We're Matthew and Gunnar Nelson Band and we're teaming up with Billboard to raise money for MusiCares with a Billboard Live At-Home Performance! Watch now and drop your questions, requests, and donations below! Thanks for joining us… and remember… if this sucks, it's MATT'S fault!