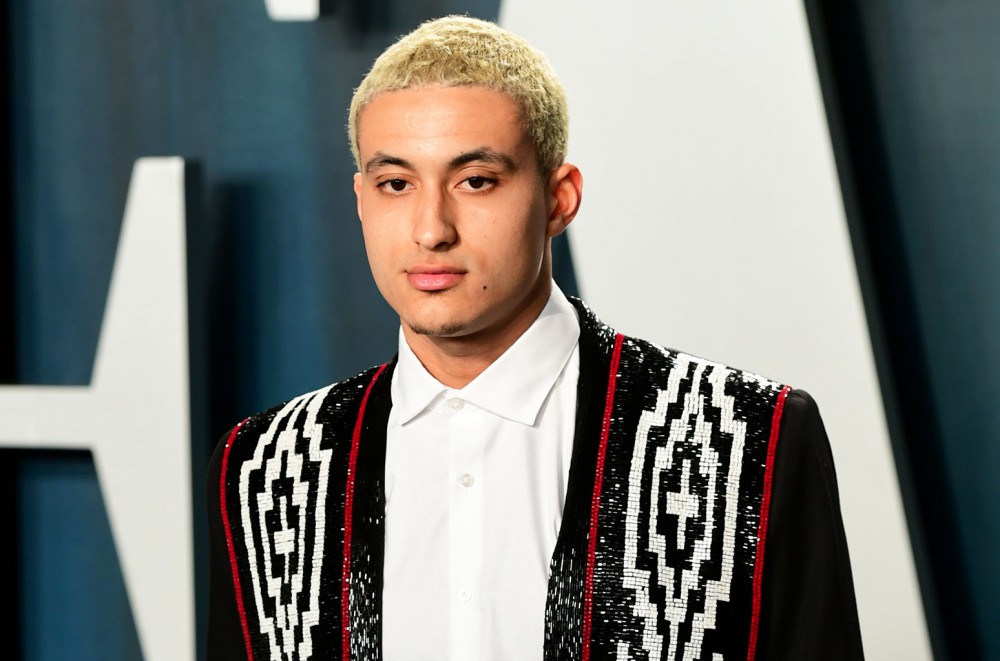 This season looks to be a year of firsts for Los Angeles Lakers star Kyle Kuzma. Not only will he experience his first playoff berth since being drafted in 2017, but he will be sporting J. Cole's first signature sneaker with PUMA, the Sky Dreamer.

"It's a shoe that's been a long time coming," Kuz said Thursday (Feb. 13) during PUMA's sneaker release at Chicago's Foot Locker store. "It's a shoe that's almost been around for four decades dating back to the '80s when they first debuted it. I'm just super-excited about launching it with them. It's probably the best shoe up-to-date from a comfort standpoint, and also just performance on the court. You can wear it off the court and get fly with it as well."

The ardent Dreamville supporter gushed about his love for J. Cole and the crew when asked about his favorite projects, particularly Cole's Friday Night Lights and The Warm-Up mixtapes, and the whole roster's Revenge of the Dreamers set. Still, Kuz enjoys keeping his ears to the streets, since he's a self-proclaimed DJ when it comes to his playlists. At one point during the release, he even whipped out his phone to share some of his current favorite artists.

PUMA x J. COLE. Watch the full film at the link in our bio.

"Pop Smoke right now is fire," he exclaimed. "I mess with the whole project. 'Dior' is one of my favorite songs. Obviously, Don Tolliver. Just the whole Jackboys project. I'm a huge Travis fan. Roddy Ricch is crazy. That's like top-five projects of the year for me. Thug and Future, too."

This year, the Los Angeles Lakers are thriving in the Western Conference standings, even while enduring the franchise's darkest hour. In January, Lakers legend Kobe Bryant died in a helicopter crash along with his 13-year-old daughter and seven other passengers. The loss rocked the entire league, sports world, and entertainment industry. Kuz, who was an avid Bryant fan, recalled the moments he cherished most from the former 18-time all-star.

"It was just pretty cool to see him at Staples [Center] and coming to the games with his daughter," he said. "Obviously, that's one of my idols and mentors. To play in the building that he built in over 20 years and having him watch us play, that was pretty crazy."

Known for his score-first mentality, Kuzma has taken a backseat this year behind his teammates and MVP candidates LeBron James and Anthony Davis. Though he's coming off the bench, the third-year forward is providing a strong scoring punch as the team's sixth man, averaging a hair under 13 points a game. He's also playing some of the best defense of his budding career.

"I think my defense and just my whole overall game has evolved," explained Kuz. "I think I'm becoming more patient, becoming a better defender, and becoming a better passer. With my overall game, I grew into things this season that I haven't done in past seasons, especially on the other end of the floor. That's been important to me."

After watching previous Laker teams battle with injuries and trade rumors, Kuz is relishing his squad's Conference-leading 41-12 record. And the team's popularity has grown much more since when he first entered the league.

"We like to call ourselves The Beatles, with just the way we move," Kuz joked. "There are lots of sets in our profession, but with how we move on the road is crazy. There are fans everywhere. Every city, there are lines in the hotel. It's crazy."