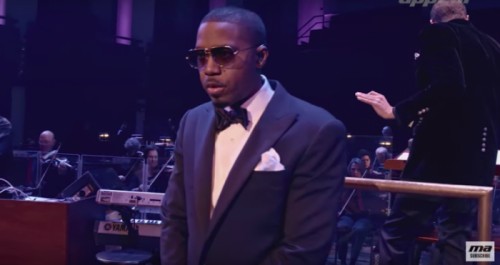 “It’s crazy, you know, I wrote this in the projects in New York City. Here we are in the capital America, Washington DC, and you know, a bunch white people with strings and all that, playing this album, and they feeling it,” shared Nas in the trailer.