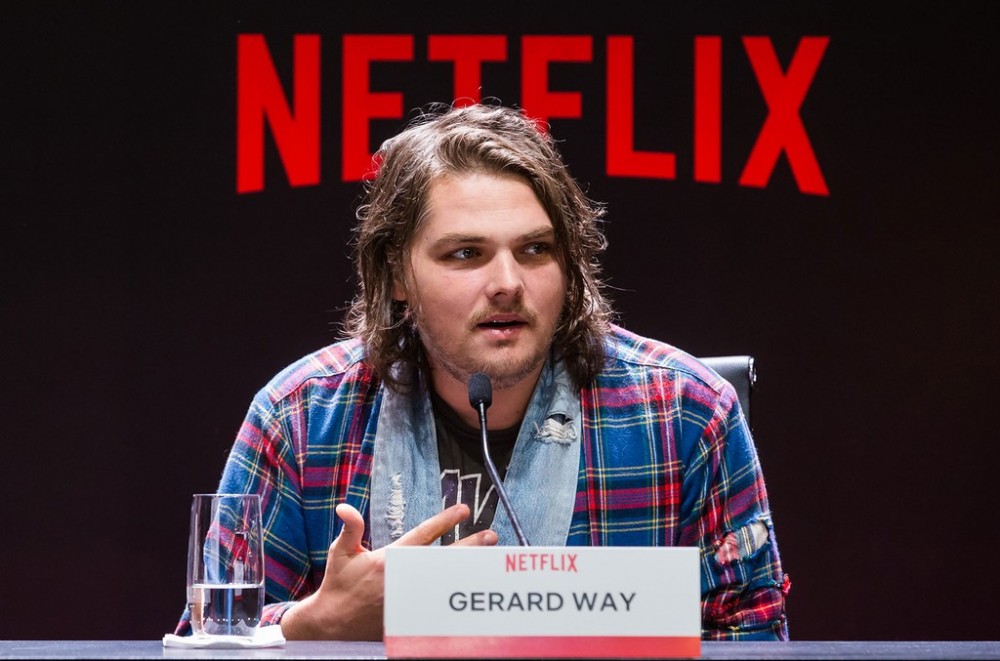 My Chemical Romance‘s Gerard Way soundtracks the end of the world with his solo single “Here Comes The End” for Netflix’s second season of The Umbrella Academy.

The rock band’s lead singer, who wrote the dysfunctional superhero family comic book series of the same name that the show is based on, released the track featuring Judith Hill today (July 8) along with the second season’s trailer. But releasing music like his solo quarantine EP Distraction or Disrepair and a couplet of previously unreleased demos to tide fans over until the MCR reunion shows can restart due to the COVID-19 pandemic didn’t provide the fuel for “Here Comes The End:” Coronavirus played its part in inspiring the ’90s glam rock apocalyptic track.

“I was originally inspired to write this track when series one of Umbrella Academy was being shot, by the time I finished it 2020 was in full swing, the world had taken a profound turn and the song was finished in a surreal new reality,” Way said in a press release, noting its sonic muses such as Primal Scream and The Rolling Stones.

Within the track’s global despairing theme, filled with grim images of the Doomsday Clock and the Cold War era’s nuclear missile launch button, Way and Hill give listeners a glimmer of hope in the outro: “Here to tell ya/ Well that it’s time to stand up/ Cuz we won’t give in/ Well yeah everybody get through this/ We’ll all get through this.”

Watch the season two trailer of The Umbrella Academy and listen to Way and Hill’s “Here Comes The End” below.