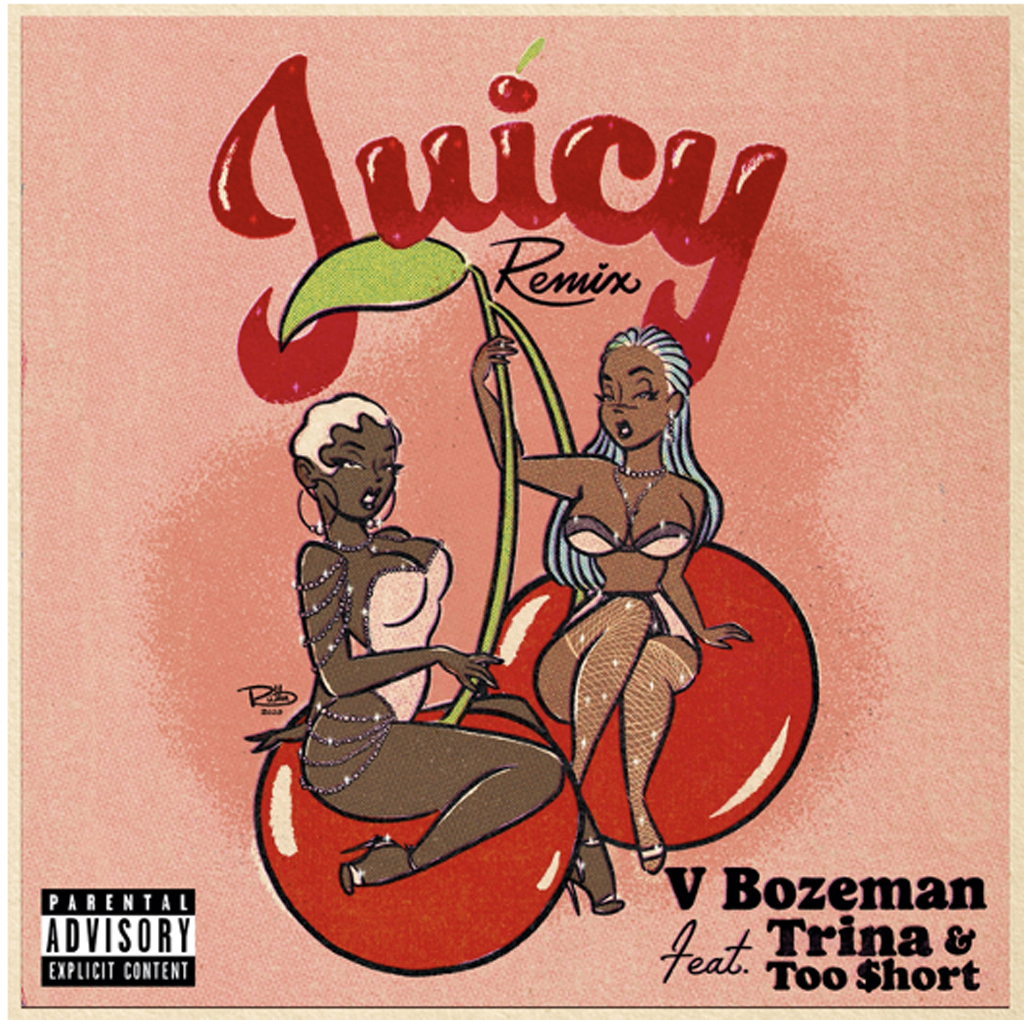 V-Bozeman has done it again! V dropped the re-mix to her latest release “Juicy” today.  Titillating, sexy and risqué, the “Juicy” re-mix is delivering a smooth seductive flow of sexual desires and infatuation throughout the song. V tapped hip-hop legends, Trina and Too $hort to spice up the 1983 M’Tume sampled song “Juicy Fruit” adding their signature provocative flair to the up-tempo track. ”I wanted the feeling I’ve gotten from music legends throughout my career on the track and I knew I couldn’t go wrong selecting two OG’s like Trina and Too $hort” says V. “It was a no brainer for me. I’m still in awe that they decided to join me on this. M’Tume’s Juicy has always and still is for the culture.”

“Juicy” Remix builds high anticipation for her upcoming debut album expected for release early 2021 via Artistry Records. “V pulled in two superstars and delivered an amazing remix with Trina and Too Short that gives you just a taste of what’s in store for her upcoming album.” says managers Monica Payne and Max Gousse of Artistry Group.

V is also currently in production of her upcoming scripted series, “Sacrifice” on BET+ starring alongside Hollywood actors, Paula Patton and Marques Houston. The 2019 release of “Sacrifice” (movie) navigates the public and hidden lifestyle of the music industry through the eyes of an entertainment lawyer. The Chris Stokes directed film was intended to serve as the leading pilot to the current development of the series and is expected for premiere sometime in 2021. “I’m so excited for the new season of Sacrifice because I finally get a chance to show this side of my creative” says V. “Chris Stokes as created an amazing story in the black film space. It’s current, full of suspense, mystery and the characters are fly! Paula is stellar and I’ve gained another sister. Everybody just get ready, “Sacrifice” will be a fan fav!”

Watch the sizzling “Juicy” here and check out our exclusive interview HERE.   Available on all digital streaming platforms.