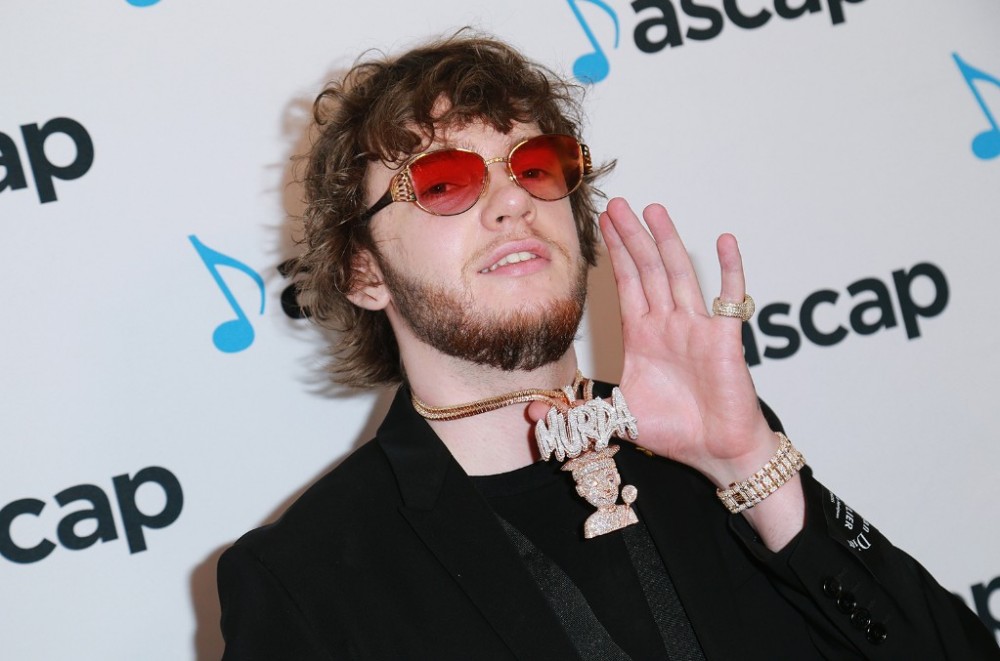 Over the years, Murda Beatz has become one of the biggest, most in-demand producers in the game. The Ontario native has constructed countless hit singles, earned a Grammy nomination, produced a Billboard Hot 100 No. 1 record in “Nice for What” by Drake, and has worked with a star-studded group of artists that include Migos, Travis Scott and Cardi B.

Now that he’s entering his ninth year in the music industry, Murda Beatz is ready to step outside the studio and take on the next chapter of his career in becoming a lead artist.

“I feel like a lot of producers don’t get the credit that they deserve. Being a lead artist as a producer is a great way to get your brand out there and be known,” Murda Beatz says in a phone conversation with Billboard. “Sometimes when a producer makes a song, they don’t necessarily have control over it. Artists have an agenda of making a body of work over some time, releasing that body of work, and then they go on tour. Producers have to work on the artist’s time even though they are just as important.”

Being a producer in the hip-hop game means you’re playing an integral part in how a song is made behind the scenes. Producers such as Murda Beatz have spent hours in the studio playing around with different sounds that they hope will catch the ear of the artist they are working with. Once the song is made, the producer’s job is done and it’s in the artist’s hands to decide whether the song gets used or not. It’s a gamble that producers are willing to take since they aren’t really in the spotlight.

But things have been changing and producers are stepping into the forefront and becoming stars themselves. DJ Khaled and DJ Drama were some of the earliest examples of producers who made the jump, and others have followed by popularizing the trend, including Mustard, Mike WiLL Made-It, Metro Boomin and more.

Murda Beatz is next in line to try his hand as a lead artist and he’s feeling as confident as ever. “This is the next level I’m taking things into 2020,” he says excitedly. “I think this new single I have is going to go.”

On Friday (March 27), Murda Beatz is unleashing “Banana Split,” his second single as a lead artist following “Shopping Spree,” which dropped in 2019 with Lil Pump and Sheck Wes. “Banana Split” featuring YNW Melly and Lil Durk is a smooth record with lush strings draped all over Murda’s brand of thumping drums. Although “Shopping Spree” was the introduction, “Banana Split” is the next step Murda Beatz is taking to further solidify his space within this new realm. “I 100 percent feel that I can be the next big producer-artist,” he says assuredly. “I already feel I’m on the path to that. There’s no doubt in my mind that I can.”

Billboard spoke with Murda Beatz about his new single, his transition from a producer to lead artist, the challenges that come with it, which legendary artists he would have on his album and more.

What makes you want to go down this new route as a producer-artist?

I feel like there comes a time in a producer’s career where they don’t really want to wait on the artist anymore. It gets to a point as a producer where you just want to start dropping your own stuff. When you don’t want to keep waiting on an artist to drop, you can start dropping yourself. I feel like that’s where I’m at right now. While I’m waiting on all the rappers who used my beats to drop when they drop, I can start to drop my own music as well. I feel like the fans really appreciate it. I’m doing it to be creative and just have fun with it.

What goals are you trying to achieve with this?

I definitely want to have platinum records, a successful body of work and just to make music that people really enjoy listening to.

What are the major differences between being a producer and a producer-artist?

When you produce a record you’re kind of behind the scenes. In this case, when you start to become an artist and you’re dropping your own music and stuff, you’re at the forefront. This is my record, featuring artists that I pick on my record. It’s really even more control too, you know what I mean? This is exactly whatever you want it to be. This is your canvas — you’re the painter and you can pretty much do whatever you want to do.

What’s the hardest thing about being a lead artist as a producer?

Everything changed when streaming came into the picture because before streaming, there were mixtapes and those were pretty much leaking music. People would leak records and bodies of work through mixtapes. That’s what I did when I dropped a mixtape, Keep God First, on mixtape websites and leaked a body of work.

Nowadays you can’t really leak anything anymore because once something hits streaming, the label is going to take it down. It comes with a lot of stuff, like a clearing process and working around other people’s release dates. It can get very challenging as a producer because an artist can drop a record and go perform and go do the promo for it or whatever they need to do. As a producer, when you have features on your records, you always have to work around everyone’s schedule to be able to really promote the record.

Do you see yourself actually spitting some bars on the mic like Pharrell and Dr. Dre have done?

I don’t know. I’ve messed around with it. You have to understand: As a producer, you’ve been in the room with so many artists for so long that you kind of understand the formula of making a song. You understand the patterns and rap flows of how to make a dope verse or something. I feel like every producer can really rap but I don’t know maybe we’ll get that with me.

How did “Banana Split” come together?

So for “Banana Split,” Melly and I made that record in a session where we made, like, five records. I think it was at the end of 2018 when we made that s–t. I was waiting to see what records out of that session he was going to use for his album. He ended up using one which was called “Nobody’s Around.” There were actually a few other ones from that session that were fire, but this was like a standout record that I kind of wanted. I wanted to see what was going to happen with it. He didn’t pick so I was like, “Yeah I’m going to use this s–t.”

I got it mixed because we did it in a session where there were no effects on his voice, like Auto-Tune. So I had an engineer polish it up a little bit and I thought it would be dope to get Durk on it too because he’s a voice of the streets, you know? Durk and I go back from when I produced two records on a mixtape with him back in 2013. Our working relationship goes way back and I thought that would be a dope look to get him on the record.

Talk about your relationship with Durk. How did that form?

Durk and I’s relationship came just through the music, not even when I went to Chicago early in my career. I just hit him up on Twitter and then the A&R Sickamore, who I actually work with at Interscope now, he hit me up a long time ago saying he needed beats for Lil Durk. It was so long ago I don’t think that was the way I got to Durk, but I think I got to him through Twitter. But there were a few ways that I was connected to Durk.

What about your relationship with YNW Melly? Have you spoken to him since he’s been in jail?

I haven’t spoken to him, but I found him on YouTube a few years ago and I thought he was super fire. I hit him up, connected with him and then he actually came to L.A. and we got in a session. We started hitting it up ever since. He came to my birthday a couple of years ago. Free Melly.

Is there an album coming?

Yeah, I have a little something cooking up. I’m just trying to get the work and music together. There’s no release date yet or anything but you can say by the end of the year.

If you can have an album with some of the greatest artists of all time, who would you have on it?

Biggie, Drake, Jay-Z, Migos, Beyoncè, Steven Tyler from Aerosmith and a guitar solo from Slash of Guns N’ Roses. I don’t know. That’s a tough one because the thing is, I would have to figure out how I would make the album sound sonically to bring the best out of all those artists I named. It would be like the Murda Detox. It would be some s–t I’d be working on for 20 years. [laughs]

You’re about to hit the decade mark in this game. What else is there for you to do as a producer and as a creative in this game?

I want to innovate and create more space for opportunity. That’s why I feel like where I’m at or where I see myself is not all about necessarily just producing more records. It’s about breaking artists, establishing a successful label, getting into the hardware and software aspect of producing and starting to create some really cool things. I’m about to release my first ever drum kit on Splice, and I’ve never ever released one before.

Stuff like that, like giving back to the community. When you begin to make beats for the first time and you’re like, “Hey, what are the things that I need to be a producer?” I definitely want there to be a Murda Beatz drum kit that everyone says they need to start making beats. You need these specific types of speakers or headphones? I want to be a part of every part of that beginning stage of becoming a producer.