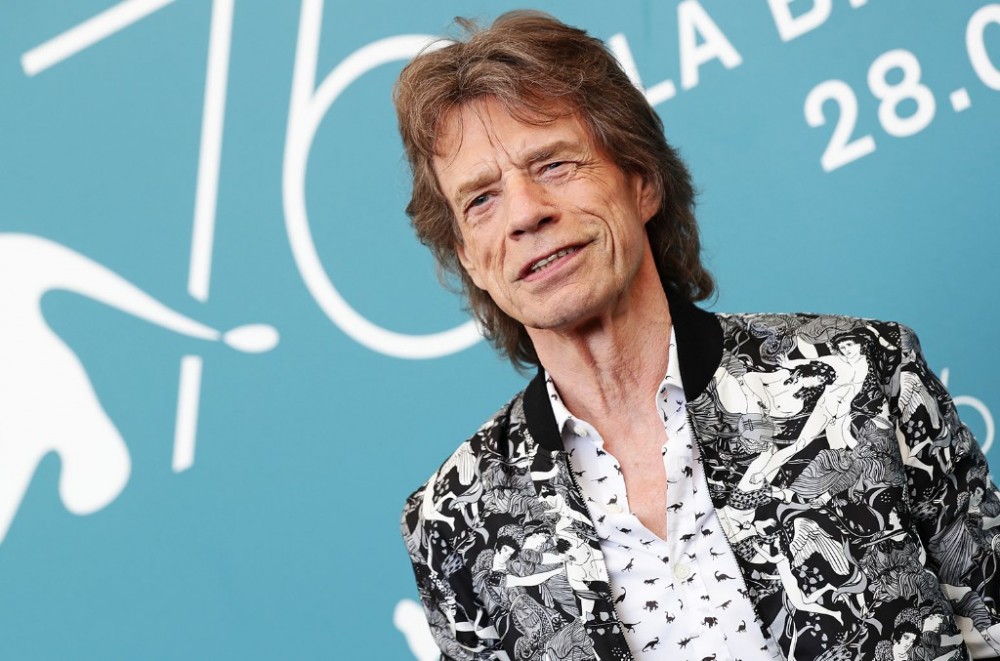 Sometimes you accidentally write a song that perfectly fits the moment. That’s basically what Mick Jagger told Apple Music’s Zane Lowe on Friday morning (April 24), in a chat that included the origin story of the eerily prescient new Rolling Stones single “Living in a Ghost Town,” while touching on the rock icon’s feelings about postponing the group’s tour in light of the global COVID-19 pandemic and his answer to the newly revived Stones vs. Beatles debate.

“Well, it wasn’t written for now, but it was written about being in a place which was full of life and then is now all bereft of life, so to speak,” Jagger said, recalling that when he went back to the original lyrics (which he didn’t end up using), they were full of imagery about plagues. “I never actually used that, but it was all there,” he said. “It was very close to the times we’re living through now.”

The midtempo song finds Jagger singing, “I’m a ghost, livin’ in a ghost town/ You can look for me, but I can’t be found/ You can search for me, I had to go underground/ Life was so beautiful, then we all got locked down/ Feel like a ghost, livin’ in a ghost town,” over a steady drumbeat and electric guitar line. Looking around at the global lockdown, Jagger said he and guitarist Keith Richards agreed that now might be the right time to release the song, but not until they tinkered with bits that were, frankly, “too dark.”

After rewriting a few lines, Jagger thought the track he dashed off in 10 minutes while playing around on his guitar awhile back was ready to be heard. “I don’t know what frame of mind I must have been in,” Jagger said, noting that it started as “semi-humorous” but then became less funny given what’s going on. He’s happy to have people put their own interpretation on the finished result, and if they want to apply it to the unprecedented times we’re living in, so be it.

Asked to describe what the coronavirus lockdown has been like for him, Jagger counted himself lucky that he’s in a business where he can lean on a creative outlet and keep rehearsing for the time when The Stones can hit the road again, tinker with songs like “Ghost Town” and write new music. It has, of course, been 15 years since the last original Stones album, and Jagger said part of that is chalked up to him wanting the follow-up to 2005’s A Bigger Bang to not merely be good, but “great.” Richards said they’ve got five to six songs laid down already, which have a “real soul feel about it for some reason without anyone intending to.”

Jagger also talked about the uncertainty of when the band will be able to tour again, and, in light of comments made by Paul McCartney on Howard Stern’s SiriusXM show recently about the decades-long Stones vs. Beatles debate, his feelings about which band is top of the pops. Calling McCartney a “sweetheart,” and initially declining to take the bait, he then explained why The Stones are superior, of course.

“The big difference, though, is and, sort of slightly seriously, is that The Rolling Stones [have been] a big concert band in other decades and other areas when The Beatles never even did an arena tour, Madison Square Garden with a decent sound system,” he said. “They broke up before that business started, the touring business for real. But it didn’t start till the end of the ’60s. The first tour like that for us was 1969 that was real sound, your own sound systems, your own stage, your own stage surface. Touring that around America, going to hockey, basketball arenas, looking all the same size. So that business started in 1969 and The Beatles never experienced that.”

He did attend a “great” gig they did at New York’s Shea Stadium in 1965, but of course The Stones have been filling arenas and stadiums ever since. “One band is a… unbelievably luckily still playing in stadiums and then the other band doesn’t exist.”

Watch Jagger on Apple Music below.