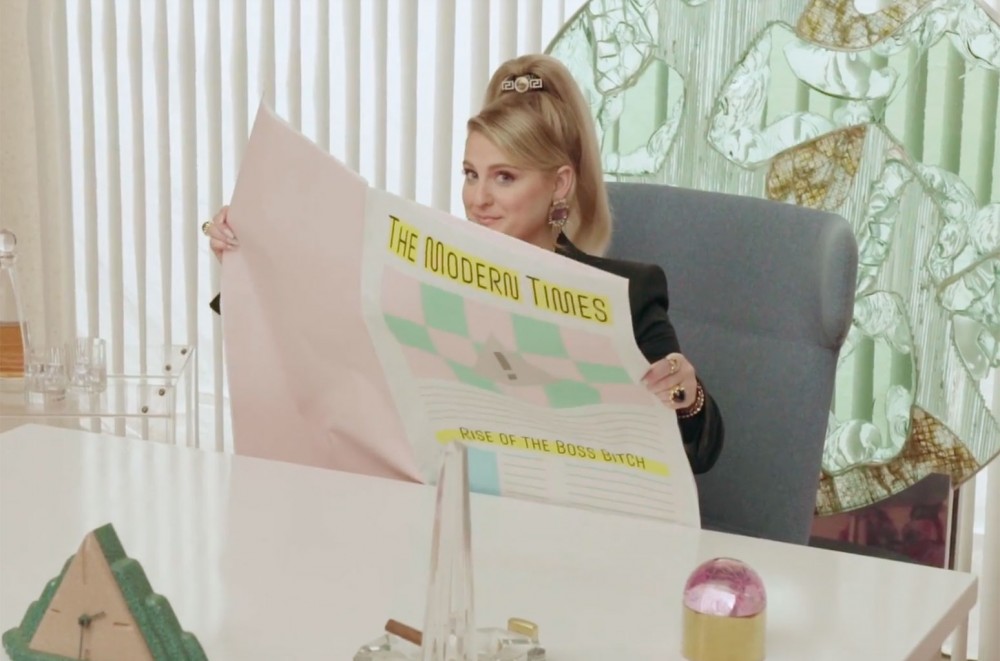 Meghan Trainor capped her "Nice to Meet Ya" music video featuring Nicki Minaj by reading a fake The Modern Times newspaper feature titled "Rise of the Boss B–ch." And she embodied just that in a new behind-the-scenes video released today (Feb. 10) that showed how the single's accompanying visual came together.

Trainor and her backup dancers' twerking skills were put to the test when the printer pulled apart mid-dance. She also performed her "best acting" by faking a phone call on a clear landline prop and nailed her favorite move of turning in the office chair. Trainor Industries, as Minaj's "Boss B–ch" business card read in the actual music video, stayed booked and busy for the successful shoot.

The popstar's husband Daryl Sabara stopped by the set with their dog, which shared the most supporting words for his owner. "What's that? Mommy's a boss. What, what's that? And she looks really hot. I agree, I agree," Sabara relayed their pet's sweet note to the camera.

By the end of the clip, Trainor cried tears of joy (and exhaustation) while hugging the crew members after wrapping the video shoot. "Nicki Minaj is on my song," she sobbed. "And we dress like twinsies because we look the same."

Watch the BTS clip for Trainor's "Nice to Meet Ya" music video below.