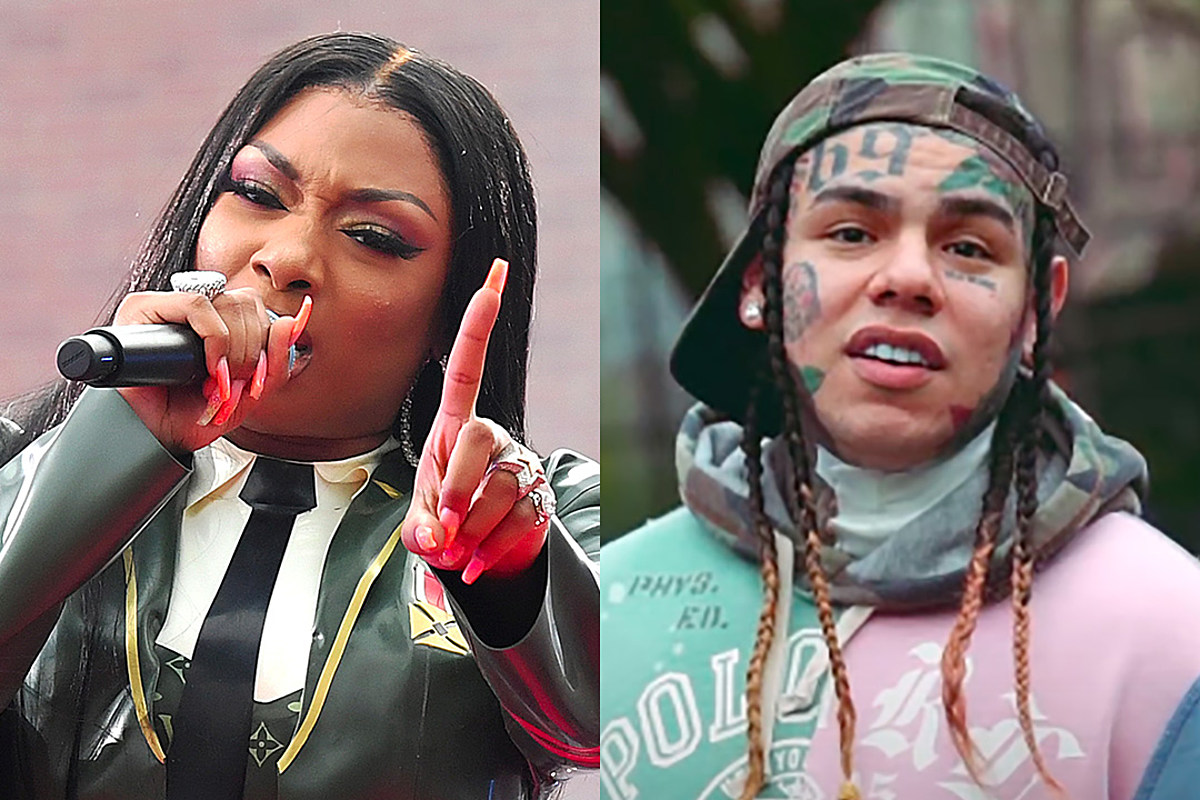 Looks like there's been some clarification surrounding the rumors that Megan Thee Stallion  has a feature on 6ix9ine's upcoming album.

Following what appears to be a false tracklist for Tekashi's new album TattleTales surfacing online last week, the producer for Megan's Suga has denied that she will be appearing on the controversial rapper's latest effort, which drops on Friday (Sept. 4). A Twitter user wrote LilJuMadeDaBeat on Aug. 27, questioning the accuracy of the album's song lineup, presumably referring to Megan's supposed feature.

"This is fake," the multi-platinum selling beatmaker replied.

In other TattleTales-related news, over the weekend, 6ix9ine posted a poll on his Instagram Story enlisting fans to help him decide if he should put an already completed Tory Lanez collaboration on the album.

"I got this old Tory record that he cleared for me in 2017," he said. "IM WRONG IF I PUT IT ON MY ALBUM ??? It's already cleared & ITS A FUCKIN HIT." Tekashi shared the results of the poll and 83 percent of his followers supports the track featuring the Toronto rapper being placed on the album while 17 percent are against it.

6ix9ine's apprehension about going forward with having Tory on his album comes after Megan Thee Stallion confirmed on Aug. 20 that the Canadian artist shot her last month prior to him being arrested for a gun charge.

The "Punani" rapper first announced his upcoming album last week in an Instagram video while on Chicago's O Block. Shortly after sharing the clip, he received pushback from Lil Durk, Lil Reese and King Von, all of whom are from the Windy City.

6ix9ine later had an exchange with Reese and resurfaced an old video of the Chicago rapper getting jumped last year. The "Traffic" rapper responded via his IG Story calling out Tekashi and his girlfriend, Jade.