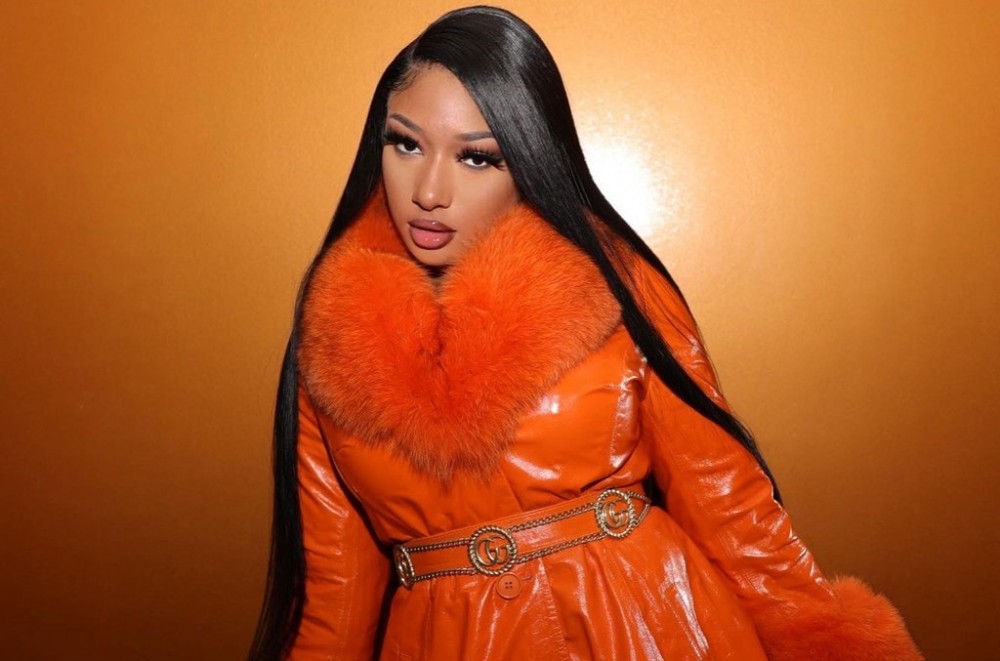 Megan Thee Stallion rocked rainbow hair and a teal-colored mask that matched her Champion tights and tank top on Sunday (June 14) at a Black Lives Matter protest in support of black trans rights in Hollywood.

The rapper posted a series of pics from the event, including one showing off her multi-colored hair and snaps with Miss Shalae — a trans woman who got a shout-out in Beyoncé’s Homecoming film — celebrity stylist EJ King, and her hairstylist Kellon Deryck.

In a post, Deryck said Megan “let me have fun with the color today,” noting that it was the first time he’d done this particular combo, which included Purple Raven, Mint of Steel, Cosmic Coral + Phoenix Fire and Sheer Power + Lightning Bolt. Deryck appears alongside the rapper in a picture in front of a rainbow-colored BLM display.

According to ET, among the others who appeared at the march — where BLM was spelled out on Hollywood Blvd. in rainbow colors — were Tiffany Haddish and Common. The BLM site said the protest, one of dozens held over the weekend, was “in direct response to racial injustice, systemic racism, and all forms of oppression… The LGBTQ+ community must extend its support to unite against oppression, police brutality, racism, transphobia, and the many other disparities disproportionately impacting the Black community.”

In a post seeking justice for police-involved killing victim Rayshard Brooks, Justin Timberlake also pointed to victims of “racism, violence and intolerance” this week, noting the killings of black trans women Riah Milton and Dominique Fells. Last week, Megan asked fans to help out Iyanna Dior, a black trans woman who was set upon and beaten by a mob in Minneapolis.

Fun with some color with @theestallion for #pridemonth #la #blacklivesmatter