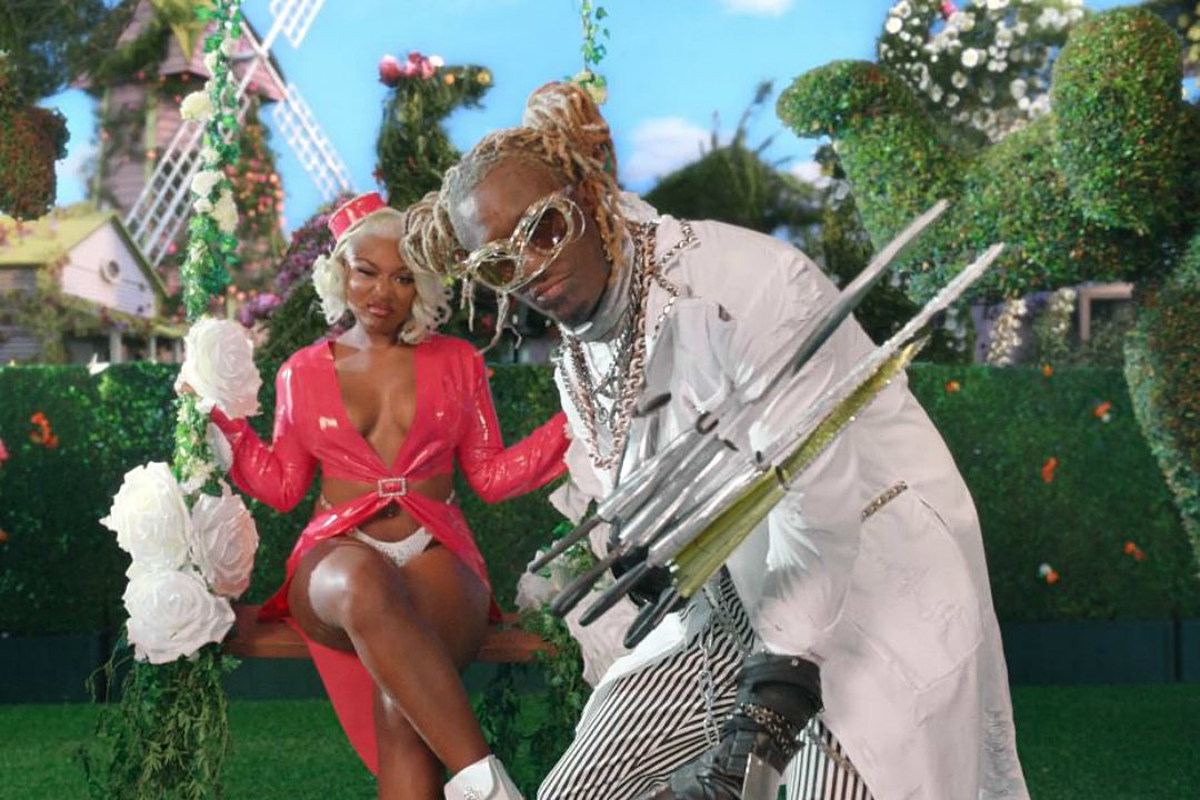 It sounds like Meg may have another banger on her hands as she talks her stuff on the turnt new single. "I got a stank ass walk and a reckless ass mouth/And my shit so tight, when we fuck, my pussy talk/I don't even say, "What's up?" I just tell him what I want/'Cause I got another nigga that's gon' do it if he don't (Ah)," she raps over the thumping Buddah Bless-produced track.

Thugger rides the beat on the second verse spitting, "Aye, just for the day/She got a gold, Rollie Ace of Spades/She look cold when she rock chains/Let you see you Pinky and the Brain/Our baby mother's ain't the same/Mine, she like 'Baby daddy ice my chain'/You better come give me top like crane."

Accompanying the single, Megan has released a colorful Colin Tiley-directed visual that has a trippy/twerky Alice in Wonderland theme and Thugger playing the role of Edward Scissorhands.

This song's existence was first teased in late September on social media with an image of the 25-year-old rapper and Young Thug in the studio. There wasn't much information attached to the picture, but the photo created hope that the two hip-hop heavyweights would be putting something together for their fans.

A week later, "Don't Stop" was officially announced, in a post shared to Instagram. The 2019 XXL Freshman shared promotional photos for the single with a charming twist soon after. Megan seems to be placing an adult spin on Alice in Wonderland characters. In two images, Hot Girl Meg appears as the Cheshire Cat and the Queen of Hearts.

"Don't Stop" is the first single Meg has released since appearing as a feature on Cardi B's "Wap." Since August, when "Wap" was released, Megan has secured her second No.1 hit on the Billboard Hot 100. She received her first after dropping the "Savage (Remix)" with Beyoncé in the spring.