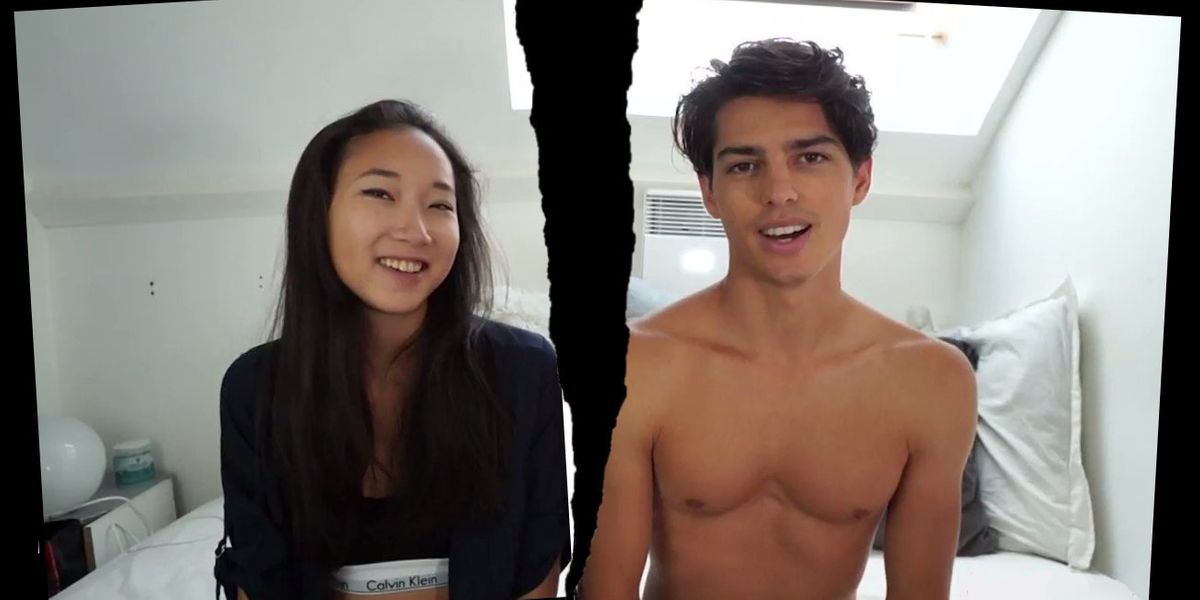 In their videos, Luna and James seem in many ways like typical travel vloggers.

They’re young, charming, attractive, and willing to share their adventurous lifestyle with the world—maybe just a little more willing than most…

If you watch some of the content on their YouTube channel, you might not even notice the difference. They use the same editing style and camera techniques that are popular with a thousand other vloggers—with dreamy, royalty-free music playing over slow-motion street views, close-ups of food, and shots of Luna applying her makeup.

Their narration switches back and forth between French to English as they offer a tour of their vacation rental in Vietnam, or go exploring in Budapest and Krakow. They walk you through every part of their lives, from going out for food to waiting at the airport, to sending a package to one of their fans. They even tried the vlogger trend where they let their Instagram followers vote to decide all their activities for a full day.

Occasionally their videos will make reference to other websites where they share different kinds of content, but for the most part there is little to distinguish these vlogs from hundreds of similar videos that are uploaded every day.

Maybe the camera lingers a little longer on a shot of Luna in a revealing outfit—already a favorite tactic of travel vloggers—but honestly the biggest tell is the fact that a vlog with dozens of videos and high production value and has fewer than 5,000 subscribers. Luna and James built their shared career through other platforms, where they share parts of their life that wouldn’t be allowed on YouTube.

There’s an aspect of all vlogging that is fundamentally exhibitionism for the creators and voyeurism for the audience. You’re getting a peak into the privacy of other people’s lives and into the fairly mundane activities that fill their days. But back in 2017, Luna and James took that exhibitionism to its logical conclusion by choosing to also share their sex life.

It was early that year that Luna and James discovered a live streaming platform where strangers would pay to watch them engage in sexual activity, but the couple evidently found that they enjoyed communicating with their fans and soon transitioned to become the first of their kind p**n vloggers (you can thank ad filters for those asterisks) with a series of videos called The Sex Diaries, which opened with some normal vlog material, building up to more explicit content.

Others have attempted to emulate their formula, but none have been as successful at attracting an audience or capturing that polished slice-of-life aesthetic. Even some of their most popular imitators—like aspiring rapper Andy Savage and his girlfriend Suki—are deeply cringe-inducing.

At the peak of their popularity on one adult video site, Luna and James had hundreds of thousands of subscribers, more than 100 million views, and were selling merch branded with their shared pseudonym/motto—Okko, which they define as “the personal journey of letting go of social constructs in order to achieve understanding through real life experiences and adventures.” Luna and James were even profiled for the Taiwanese version of Marie Claire.

They didn’t sexualize everything in their lives. They were romantic and playful with each other, and they built the kind of parasocial relationship with their audience that makes it feel like you’re friends with these people…then those friends invite you into their bedroom.

Whether that excites you or disturbs you, it’s a dramatically different model for both vlogging and for explicit content, which both tend to treat sex as compartmentalized from the rest of life. Videos posted online tend to be either all about sex or not (explicitly) about sex at all. But then, a similar separation is found in every known human culture.

While most other species of social animals engage in the reproductive act in plain view of their peers, humans retreat to private spaces. With the exception of ritualistic “bedding ceremonies,” human societies tend to maintain a clear barrier between public life and sex life. The fact that Luna and James chose to erase that boundary is genuinely shocking. It suggests a kind of radical openness and honesty that some people claim to practice, but few actually do.

But as it turns out, that sense of radical openness was an illusion. While Luna and James were sharing their real life, as with every vlogging couple, they were only sharing the parts that looked nice. They represented their lives as a polished, romanticized version of reality. And as with many vlogging couples, the revelation of trouble in paradise came as surprise to their fans.

Luna left James in Bali in December of 2019, heading back to Europe. Initially Luna referred to this as “taking a kind of break” and started posting solo travel/sexual vlogs under the title Luna’s Journey, while James began posting a more traditional vlog on a new YouTube channel called Le James.

They may have been drifting apart for a long time and only feigning their prior passion for each other for the sake of their shared business interest. The couple officially split in January, and their once popular Instagram account has been cut down to a single image.

Was a desire to move in different directions at the root of their split? They had seemed to have such a strong relationship. In part, that may have stemmed from the filtered nature of vlogging, but even after their breakup James claimed that he “was really so sure that [Luna] was the one.”

Is there something corrosive about exposing even the most intimate aspects of your relationship to such a wide audience? Or was this a case of the normal sort of passion and dissolution that so many couples go through in their 20s?

Luna has continued to use some of the accounts that she and James used to share; and in recent episodes of Luna’s Journey, she has been appearing with her new boyfriend, Evan—going hiking with friends, renting a camper van, and having sex in each place they visit. The videos are as popular as ever, and Luna and Evan now have their own shared Instagram account.

James, meanwhile, has been using his new YouTube channel to document his attempt to rebuild his life after losing his relationship, his job, and his home in one fell swoop. He has relocated to Portugal and built himself a tiny home in the woods. He goes surfing, muses about life, and has managed to accumulate more than 25,000 followers. He does have an OnlyFans account where he posts adult content for a subscription fee, but his YouTube vlog seems to be an entirely separate venture.


Building my own CABIN in the woods! (Tiny House)

Clearly, for James at least, there was a sincere desire to share his life with the world that was separate from sexual exhibitionism, and there seems to be a decent-sized audience for it. But to what extent was the sexual component of Luna and James’s videos together an inevitable extension of elements that are prevalent throughout vlogging?

Does the audience’s obsessive interest in the romanticized lives of vlogging couples already verge on fetishizing? Is there a substantial difference between the fantasies represented in their selective version of reality and the fantasies found on every adult site on the Internet?

Luna and James are not the first vloggers to split only to then continue broadcasting their separate lives to an eager audience as they move on and form new relationships. If it’s become ordinary to watch people we don’t know working through that kind of personal drama, is it so strange for them to also give us access to their sex life?

Alternatively, is this part of a model for how adult content can begin to normalize sex and sexuality?

If it’s safe to assume that a lot of the hang-ups and dysfunctions that disrupt our sex lives are tied to shame, can adult content that treats sex more as a normal part of life—rather than a surreal world where pizza delivery and the existence of step-siblings is somehow overtly sexual—help us as a society to move past that shame and develop healthier relationships with our own sexuality?

While these vlogs are not devoid of the problems that pervade the adult film industry—e.g. unrealistic standards of beauty, preferences for certain interracial combinations, and prioritizing visually stimulating activity over the pleasure of the participants—maybe they could be part of moving things in a more sex-positive direction. Maybe…

It’s a complicated situation without a lot of clear answers. But if there is one certainty that we can all take from this, it’s a piece of advice that may only apply to James at the moment but that we should all keep in mind going forward: Never watch your ex’s sex vlogs.