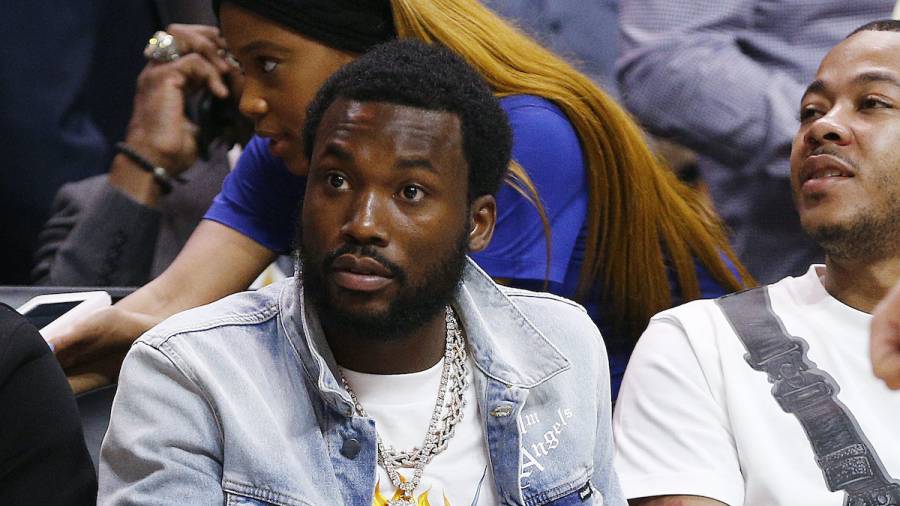 Meek Mill again found himself a trending Twitter topic after he started arguing with Trey Songz about how much money he’s donated to charitable causes.

On Monday (June 23), Trey tagged Meek in an Instagram post asking him to participate in the “Feed Your City Challenge,” an initiative founded by the Ricky Davis Legacy Foundation, Pusha T and music legend Tony Draper.

Meek replied to Trey’s call-to-action with, “200K to Philadelphia schools…my phantom for less fortunate 400K…and help raise 50 mil for reform @treysongz don’t try me like that!!”

Trey, who was seemingly caught of guard by Meek’s response, fired back with, “@meekmill what you feel attacked? I know what you doing for your community that’s why I challenged you. I’m at everybody to do they part and more, you included. Ima try whoever bout what I’m on right now. Feel how you feel.”

But the back-and-forth didn’t end there. Trey told his 12.1 million Instagram followers about Meek’s reaction to the challenge and elaborated on his initial intention.

“So @meekmill apparently felt a way bout me challenging him to the #feedyourcitychallenge,” he wrote. “He felt the need to tell me what he’s already done, hopefully not realizing I tapped on him because of how much I know he’s already doing for his community. That’s great you donated fam, that’s great you helping prison reform, that’s great you gave ya phantom. I’m simply trying to bring us together to further help our communities. You offended? Lol you got it.” 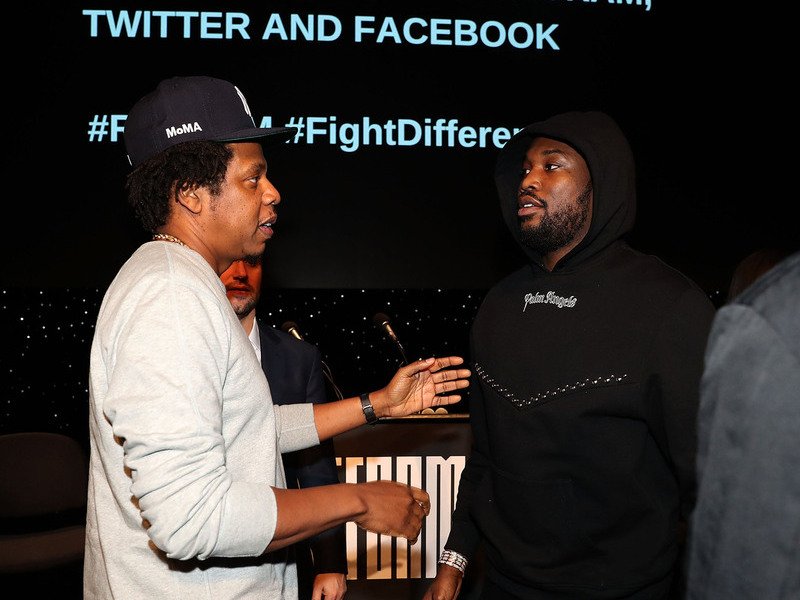 Meek snapped back in the comment section and called him out for specifically targeting him — even though Trey also asked Fabolous, DJ Mustard and Trouble, among others to join in.

Trey then went on to post a comment from Fabolous agreeing to the challenge, an obvious jab at Meek.

“@myfabolouslife has accepted the #feedyourcitychallenge!” he wrote in the caption. “That’s LA, ATL, & BROOKLYN commitments. We working out details now! We stronger together than apart.”

@myfabolouslife has accepted the #feedyourcitychallenge! That’s LA, ATL, & BROOKLYN commitments. We working out details now! We stronger together than apart. ✊🏾

Meek attempted to smooth things out with a tweet, writing, “Me and trey bro’s that lil [situation] threw me off tho!”

Me and trey bro’s that lil 🤔 threw me off tho!

Of course, Twitter had plenty to say about the whole exchange. Comments range from essentially calling Meek a hypocrite to clowning him for not immediately stepping up to the challenge.

Trey songs : I challenge you to give back to the commun….

A next episode on how meek is a bitch pic.twitter.com/HXk5PoYnsY

This beef between Trey Songz and Meek Mill is the reason why it’s better to just do charity privately instead of posting it on social media for clout… pic.twitter.com/c5Mw82J3wJ

Trey Songz: I challenge my boy Meek Mill to the #FeedYourCityChallenge!

Meek after Trey challenged him to do more for the community….. pic.twitter.com/3bbKLVfxPp

Meek fans every time they see him trending pic.twitter.com/OrdtQABC1i

Trey literally said he had called Meek Mill and even dmed him but Meek sensitive, bitch ass trying to start twitter beef instead of picking up the phone… pic.twitter.com/DqnMDJXKn7

I can’t even take Meek Mill serious, he had hella people saying “Free Meek” but his bitch ass complaining about a challenge that could feed his hood 💆🏾‍♀️ pic.twitter.com/MupmBXkMYJ