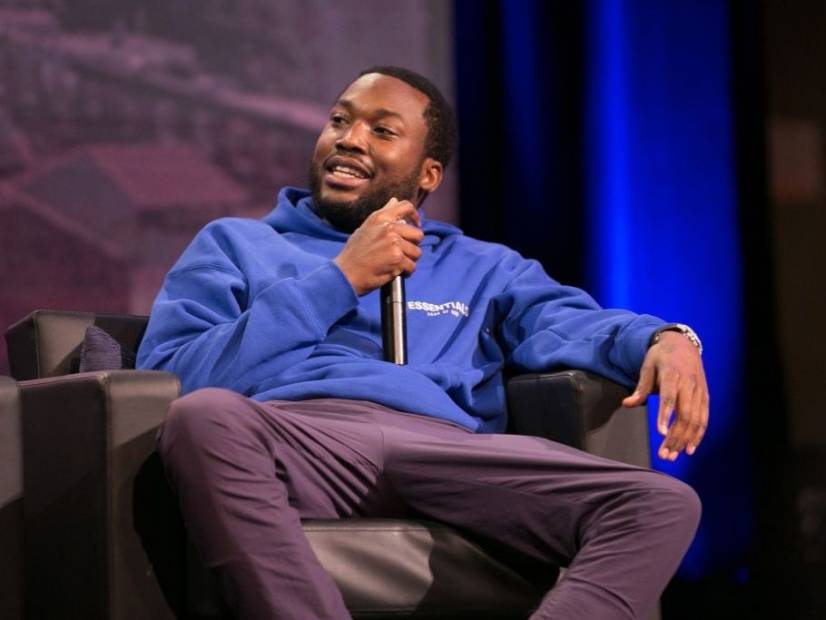 Meek Mill is gunning for that “Father of the Year” award after he challenged his son to eat crickets for $1,000.

In Meek’s since-deleted Instagram story, his son Rihmeek is seen juggling the crickets in his palm. “You have four bugs in your hand. I’ll give you $1,000 if you eat them, do it,” says Meek in the clip.

#PressPlay: #MeekMill challenges his son to eat crickets for $1000 😩😂 Would y'all do it #Roommates?!

Knowing his critics will have something to say, Meek made sure to remind them to mind their business and not call child services in the caption of the story.

Rhimeek reluctantly chews his way through the dead critters with his father asking to see if he’s really eating them. His son opens his mouth to prove he’s not a quitter and Meek can be heard letting out an emphatic “yuck” at the chewed up bugs.

Meek will have another child to give outrageous challenges to as he revealed earlier this month his girlfriend Milan Harris is pregnant.

In the middle of a Twitter back-and-forth with his ex-girlfriend Nicki Minaj, Meek confirmed the news one of his since-deleted tweets. “My girl is with me pregnant watching me tweet about my ex is very clownish,” he wrote in the tweet. “Ima exit.” There’s no word on a due date for Meek and Harris’ new baby.