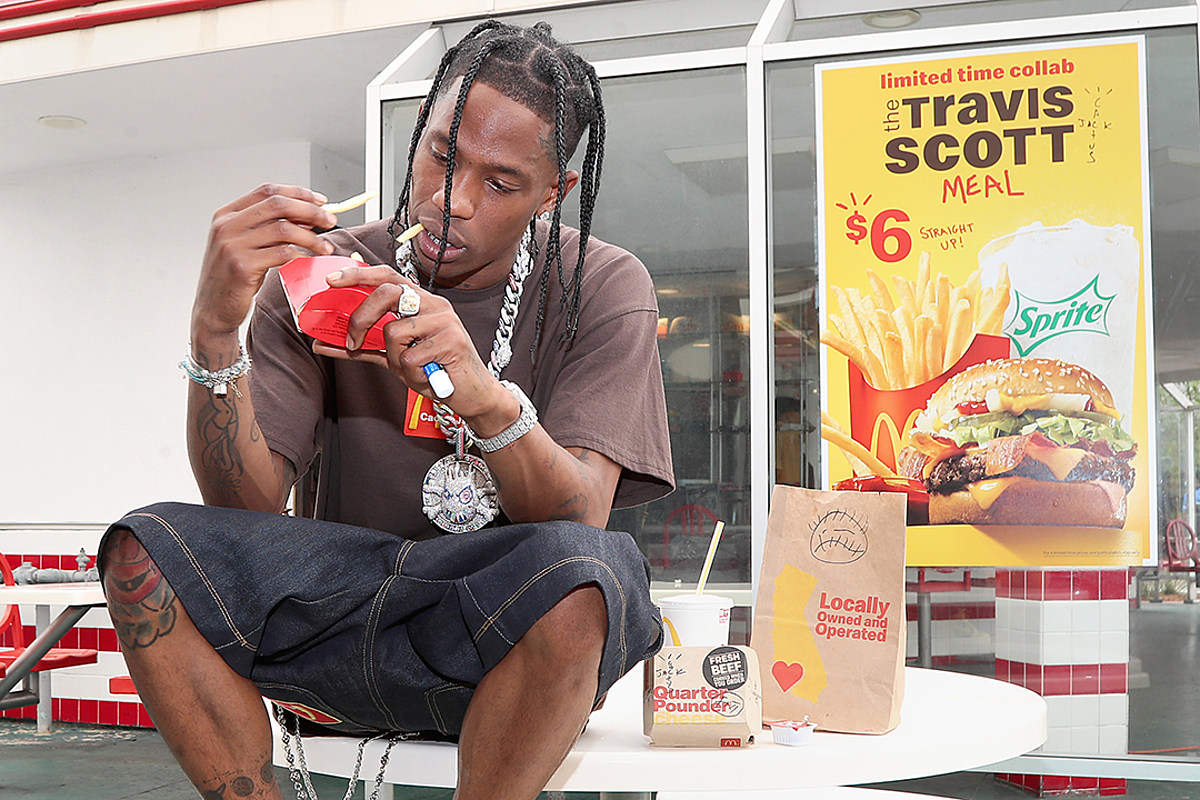 The La Flame effect seems to be eating McDonald's out of house and home.

According to a report from Business Insider on Wednesday (Sept. 16), McDonald's confirmed they have been experiencing shortages of the ingredients needed to make their newly launched Travis Scott meal. This report comes after several Travis fans jumped on Twitter to rant about their local McDonald's locations running out of the Travis Scott meal. The franchise is apparently running low on supplies used to make the meal, which features a Quarter Pounder with cheese and bacon, fries, BBQ sauce, and a Sprite as a combo.

In a statement from McDonald's, the company confirms their difficulty to keep up with the demand.

"It's been so lit, some of our restaurants have temporarily sold out of some of the ingredients in the meal," the fast-food franchise said. "We're working closely with our suppliers, distributors, and franchisees to resupply impacted restaurants as quickly as possible. Stay tuned and don't worry, we've got more surprises from Cactus Jack coming soon."

Despite the temporary shortages due to the massive demand, McDonald's is not currently looking to end its partnership with the former 2013 XXL Freshman. Instead, they have created an alternative for fans of the Houston artist to get their hands on his Mickey D's meal. Starting on Sept. 22, in order to get a taste of the Travis Scott Meal, which will cost you $6, the feast will have to be ordered through the McDonald's app.

Along with changes to the ordering process, sources also suggest to combat the shortages, Mickey D's will be temporarily controlling the supply of some ingredients like the fresh beef used for the Quarter Pounder, bacon, slivered onions and shredded lettuce. More locations are expected to run out of ingredients in the coming days, if the hype continues.

The Travis Scott combo launched on Sept. 8 and is expected to run until Oct. 4. Since the release, Travis has dropped two merchandise capsule with items including shirts, hoodies and more selling between $48 to $110. See them below.